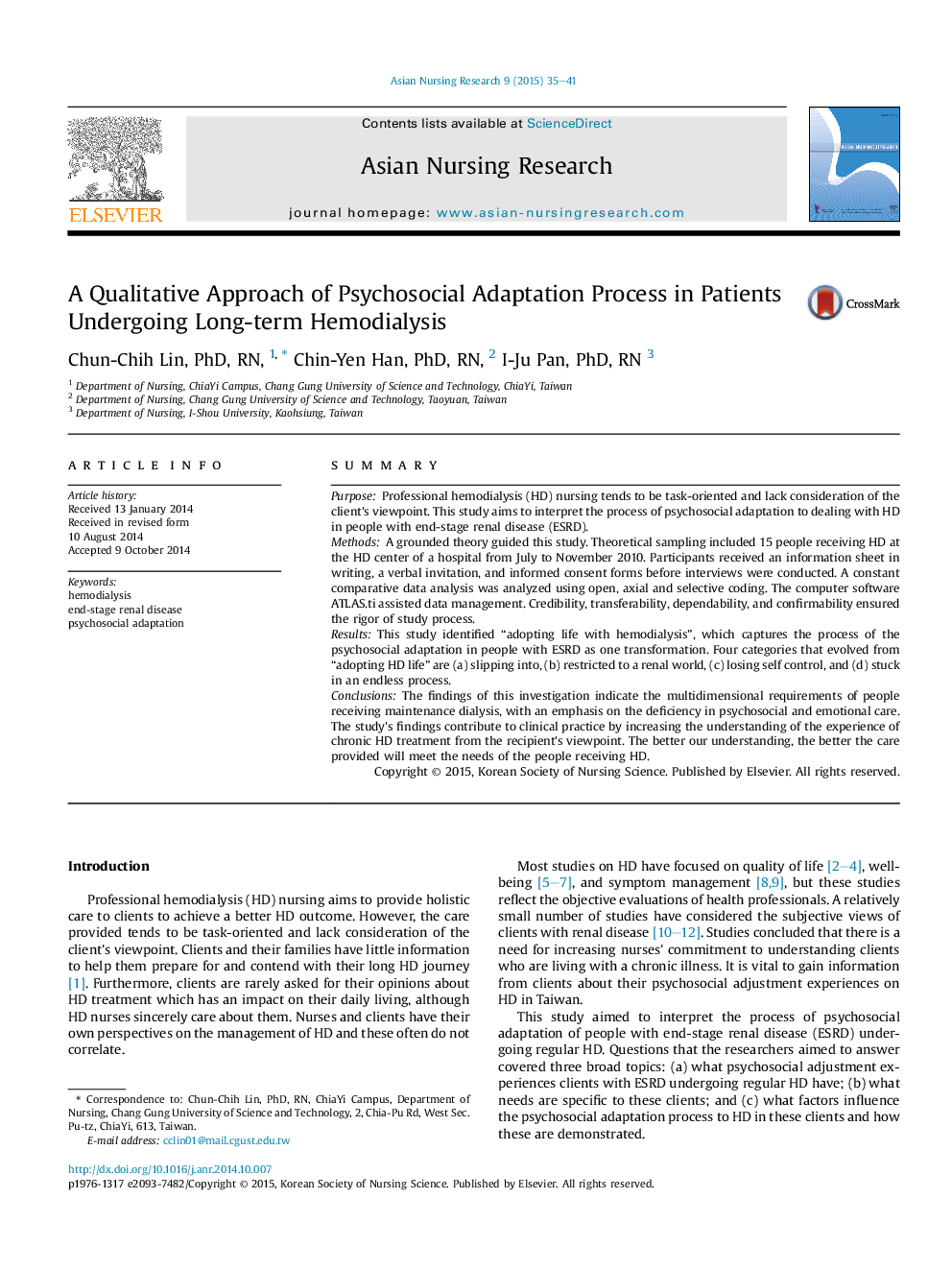 SummaryPurposeProfessional hemodialysis (HD) nursing tends to be task-oriented and lack consideration of the client's viewpoint. This study aims to interpret the process of psychosocial adaptation to dealing with HD in people with end-stage renal disease (ESRD).MethodsA grounded theory guided this study. Theoretical sampling included 15 people receiving HD at the HD center of a hospital from July to November 2010. Participants received an information sheet in writing, a verbal invitation, and informed consent forms before interviews were conducted. A constant comparative data analysis was analyzed using open, axial and selective coding. The computer software ATLAS.ti assisted data management. Credibility, transferability, dependability, and confirmability ensured the rigor of study process.ResultsThis study identified “adopting life with hemodialysis”, which captures the process of the psychosocial adaptation in people with ESRD as one transformation. Four categories that evolved from “adopting HD life” are (a) slipping into, (b) restricted to a renal world, (c) losing self control, and (d) stuck in an endless process.ConclusionsThe findings of this investigation indicate the multidimensional requirements of people receiving maintenance dialysis, with an emphasis on the deficiency in psychosocial and emotional care. The study's findings contribute to clinical practice by increasing the understanding of the experience of chronic HD treatment from the recipient's viewpoint. The better our understanding, the better the care provided will meet the needs of the people receiving HD.