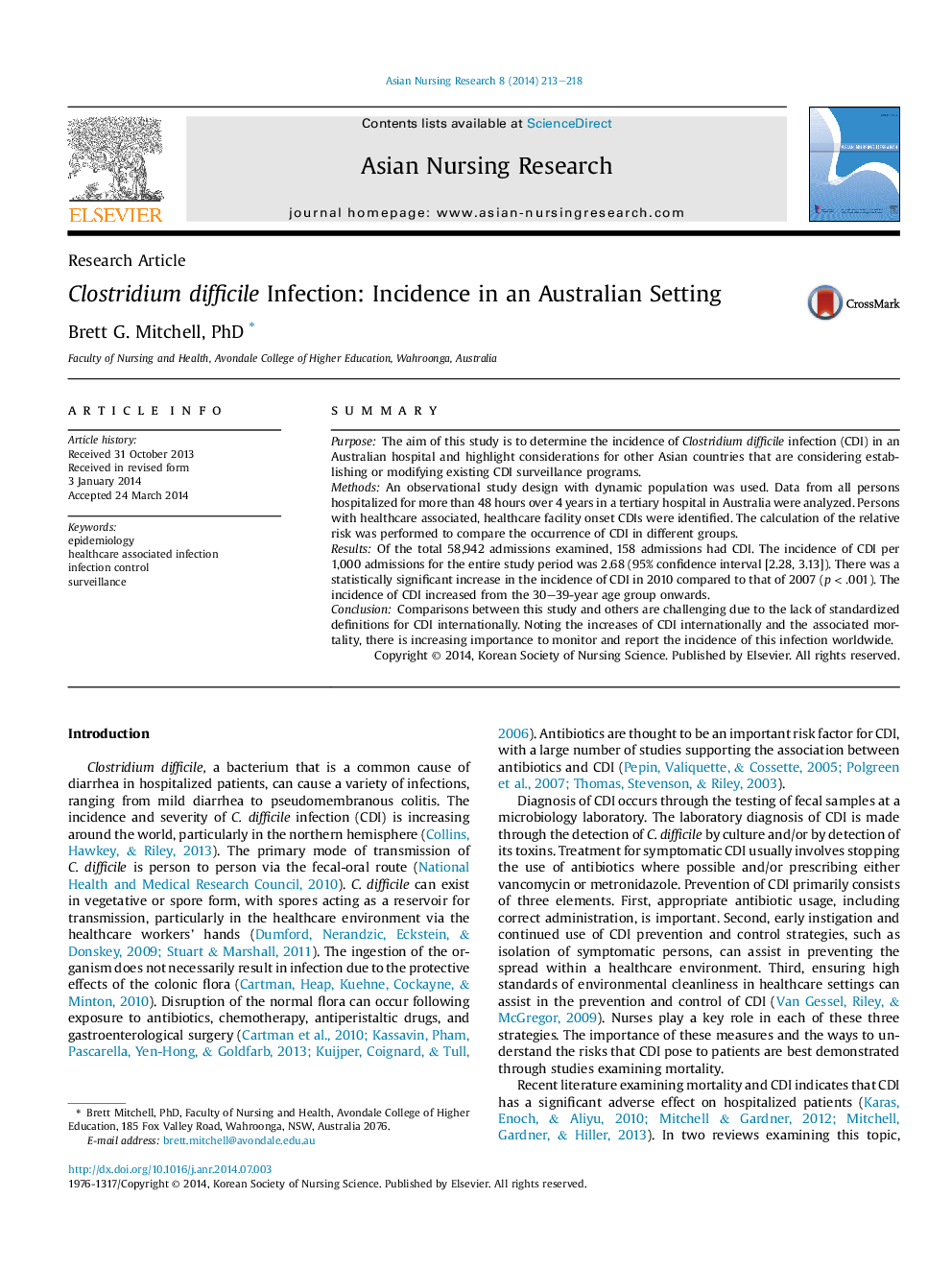 SummaryPurposeThe aim of this study is to determine the incidence of Clostridium difficile infection (CDI) in an Australian hospital and highlight considerations for other Asian countries that are considering establishing or modifying existing CDI surveillance programs.MethodsAn observational study design with dynamic population was used. Data from all persons hospitalized for more than 48 hours over 4 years in a tertiary hospital in Australia were analyzed. Persons with healthcare associated, healthcare facility onset CDIs were identified. The calculation of the relative risk was performed to compare the occurrence of CDI in different groups.ResultsOf the total 58,942 admissions examined, 158 admissions had CDI. The incidence of CDI per 1,000 admissions for the entire study period was 2.68 (95% confidence interval [2.28, 3.13]). There was a statistically significant increase in the incidence of CDI in 2010 compared to that of 2007 (p < .001). The incidence of CDI increased from the 30–39-year age group onwards.ConclusionComparisons between this study and others are challenging due to the lack of standardized definitions for CDI internationally. Noting the increases of CDI internationally and the associated mortality, there is increasing importance to monitor and report the incidence of this infection worldwide.