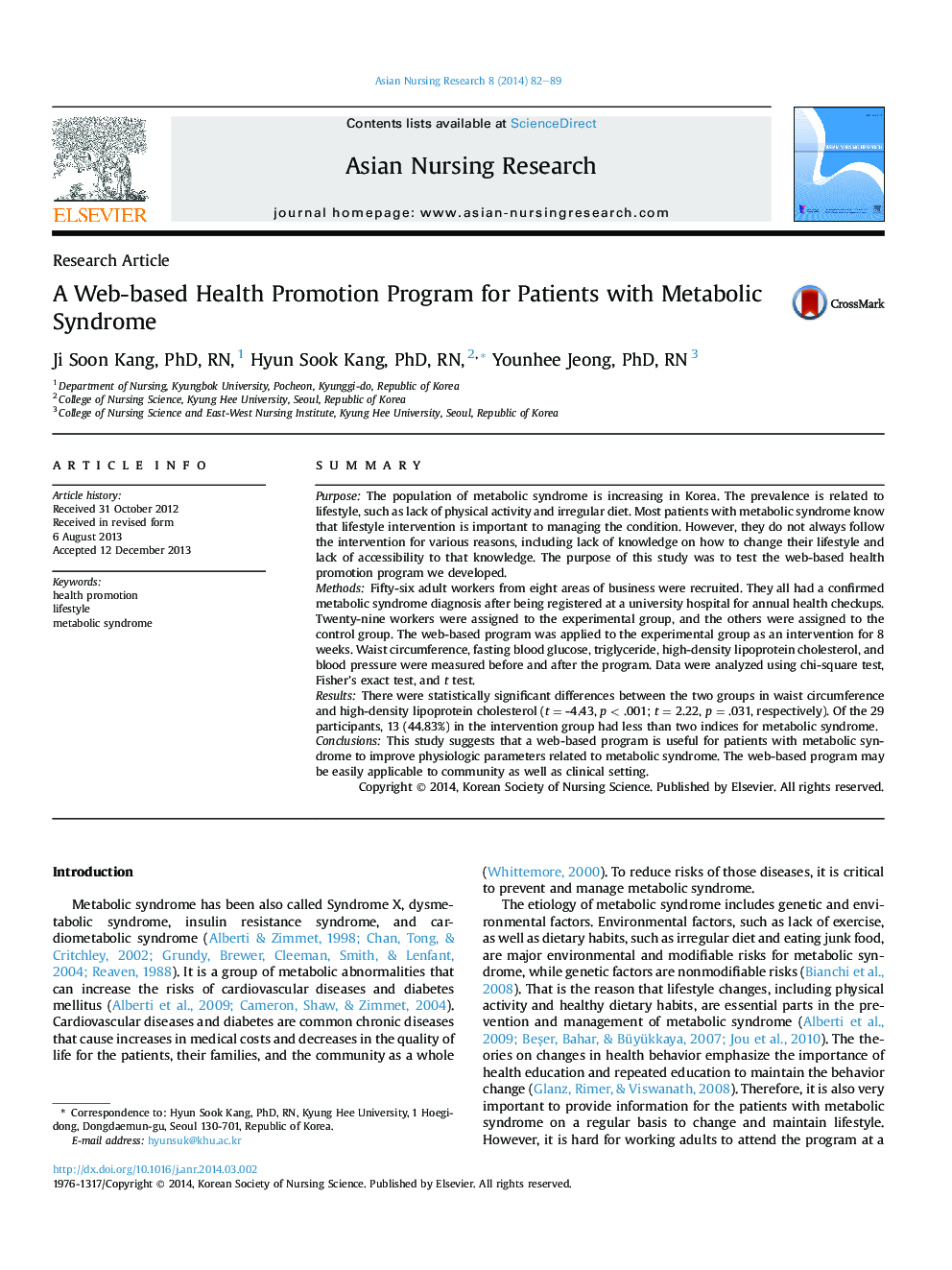 SummaryPurposeThe population of metabolic syndrome is increasing in Korea. The prevalence is related to lifestyle, such as lack of physical activity and irregular diet. Most patients with metabolic syndrome know that lifestyle intervention is important to managing the condition. However, they do not always follow the intervention for various reasons, including lack of knowledge on how to change their lifestyle and lack of accessibility to that knowledge. The purpose of this study was to test the web-based health promotion program we developed.MethodsFifty-six adult workers from eight areas of business were recruited. They all had a confirmed metabolic syndrome diagnosis after being registered at a university hospital for annual health checkups. Twenty-nine workers were assigned to the experimental group, and the others were assigned to the control group. The web-based program was applied to the experimental group as an intervention for 8 weeks. Waist circumference, fasting blood glucose, triglyceride, high-density lipoprotein cholesterol, and blood pressure were measured before and after the program. Data were analyzed using chi-square test, Fisher's exact test, and t test.ResultsThere were statistically significant differences between the two groups in waist circumference and high-density lipoprotein cholesterol (t = -4.43, p < .001; t = 2.22, p = .031, respectively). Of the 29 participants, 13 (44.83%) in the intervention group had less than two indices for metabolic syndrome.ConclusionsThis study suggests that a web-based program is useful for patients with metabolic syndrome to improve physiologic parameters related to metabolic syndrome. The web-based program may be easily applicable to community as well as clinical setting.