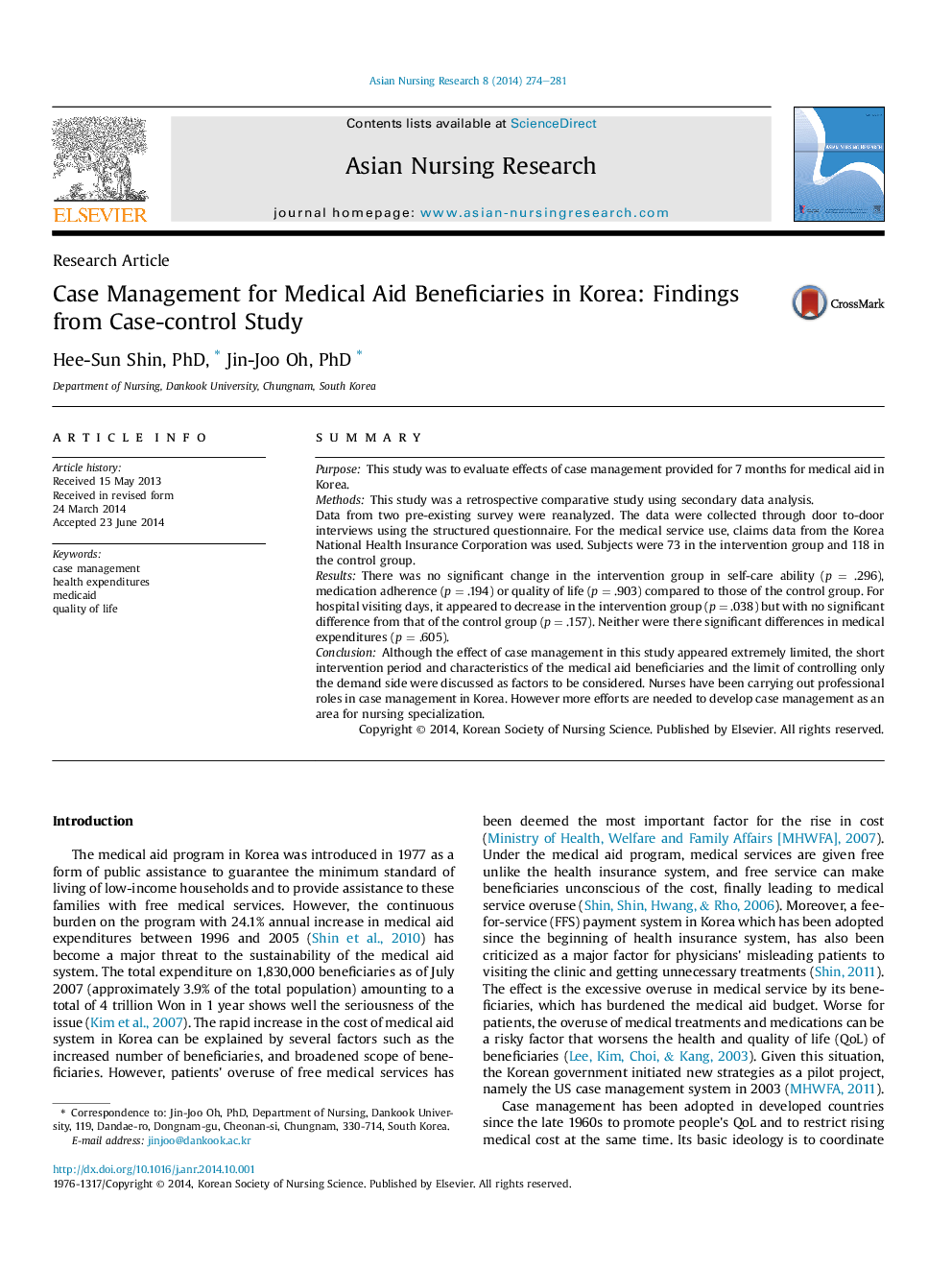 SummaryPurposeThis study was to evaluate effects of case management provided for 7 months for medical aid in Korea.MethodsThis study was a retrospective comparative study using secondary data analysis.Data from two pre-existing survey were reanalyzed. The data were collected through door to-door interviews using the structured questionnaire. For the medical service use, claims data from the Korea National Health Insurance Corporation was used. Subjects were 73 in the intervention group and 118 in the control group.ResultsThere was no significant change in the intervention group in self-care ability (p = .296), medication adherence (p = .194) or quality of life (p = .903) compared to those of the control group. For hospital visiting days, it appeared to decrease in the intervention group (p = .038) but with no significant difference from that of the control group (p = .157). Neither were there significant differences in medical expenditures (p = .605).ConclusionAlthough the effect of case management in this study appeared extremely limited, the short intervention period and characteristics of the medical aid beneficiaries and the limit of controlling only the demand side were discussed as factors to be considered. Nurses have been carrying out professional roles in case management in Korea. However more efforts are needed to develop case management as an area for nursing specialization.