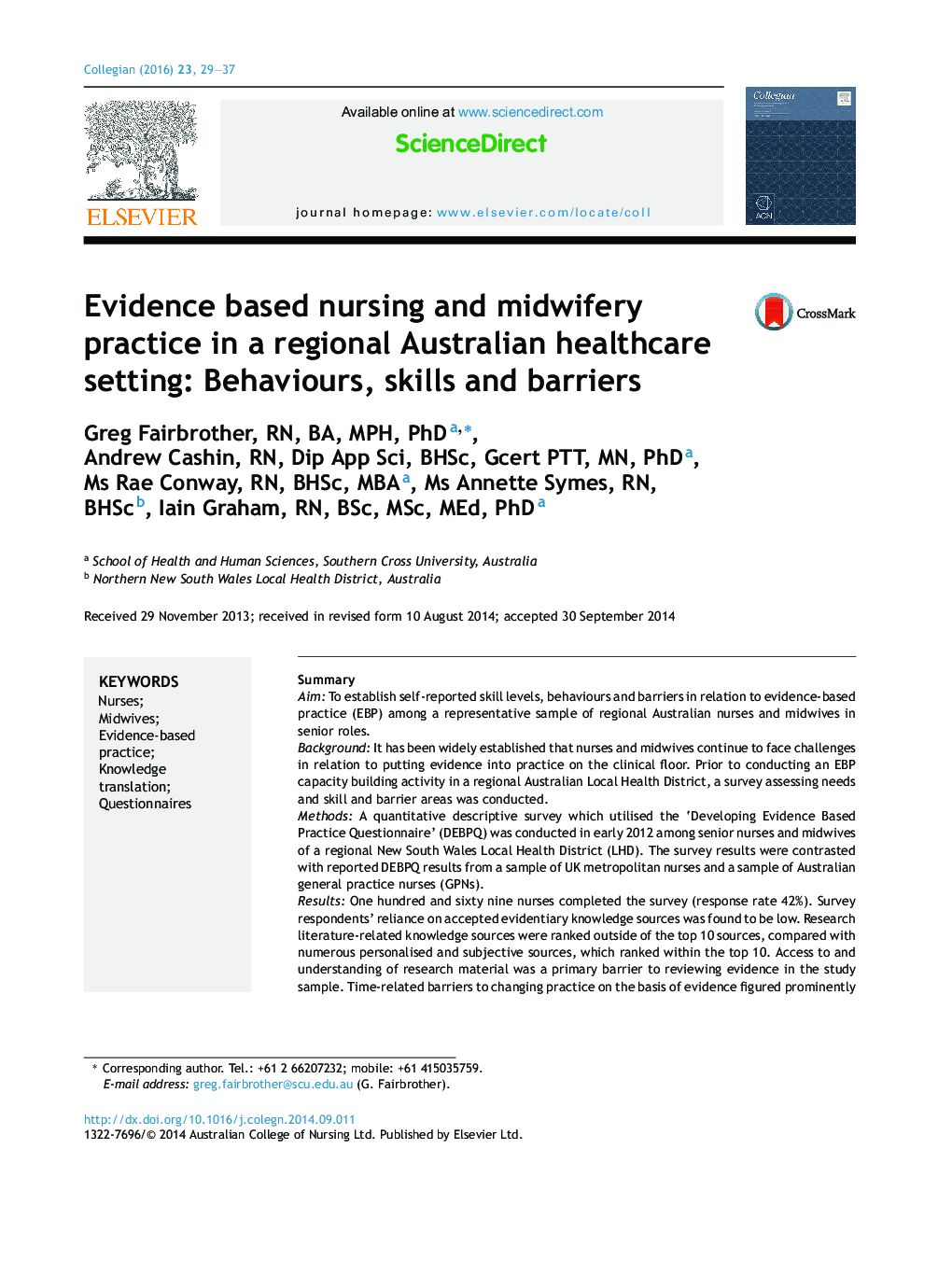 SummaryAimTo establish self-reported skill levels, behaviours and barriers in relation to evidence-based practice (EBP) among a representative sample of regional Australian nurses and midwives in senior roles.BackgroundIt has been widely established that nurses and midwives continue to face challenges in relation to putting evidence into practice on the clinical floor. Prior to conducting an EBP capacity building activity in a regional Australian Local Health District, a survey assessing needs and skill and barrier areas was conducted.MethodsA quantitative descriptive survey which utilised the ‘Developing Evidence Based Practice Questionnaire’ (DEBPQ) was conducted in early 2012 among senior nurses and midwives of a regional New South Wales Local Health District (LHD). The survey results were contrasted with reported DEBPQ results from a sample of UK metropolitan nurses and a sample of Australian general practice nurses (GPNs).ResultsOne hundred and sixty nine nurses completed the survey (response rate 42%). Survey respondents’ reliance on accepted evidentiary knowledge sources was found to be low. Research literature-related knowledge sources were ranked outside of the top 10 sources, compared with numerous personalised and subjective sources, which ranked within the top 10. Access to and understanding of research material was a primary barrier to reviewing evidence in the study sample. Time-related barriers to changing practice on the basis of evidence figured prominently in the study sample and the UK and Australian GPN samples. The study sample rated their EBP skill levels significantly higher than both their UK counterparts and the Australian GPN sample (P < 0.0001).ConclusionCapacity building interventions are needed among senior nurses and midwives in Australian regional LHDs, as the most prominent knowledge sources reported are non-evidentiary in nature and barriers to finding and reviewing evidence, along with barriers to making practice change, remain significant.