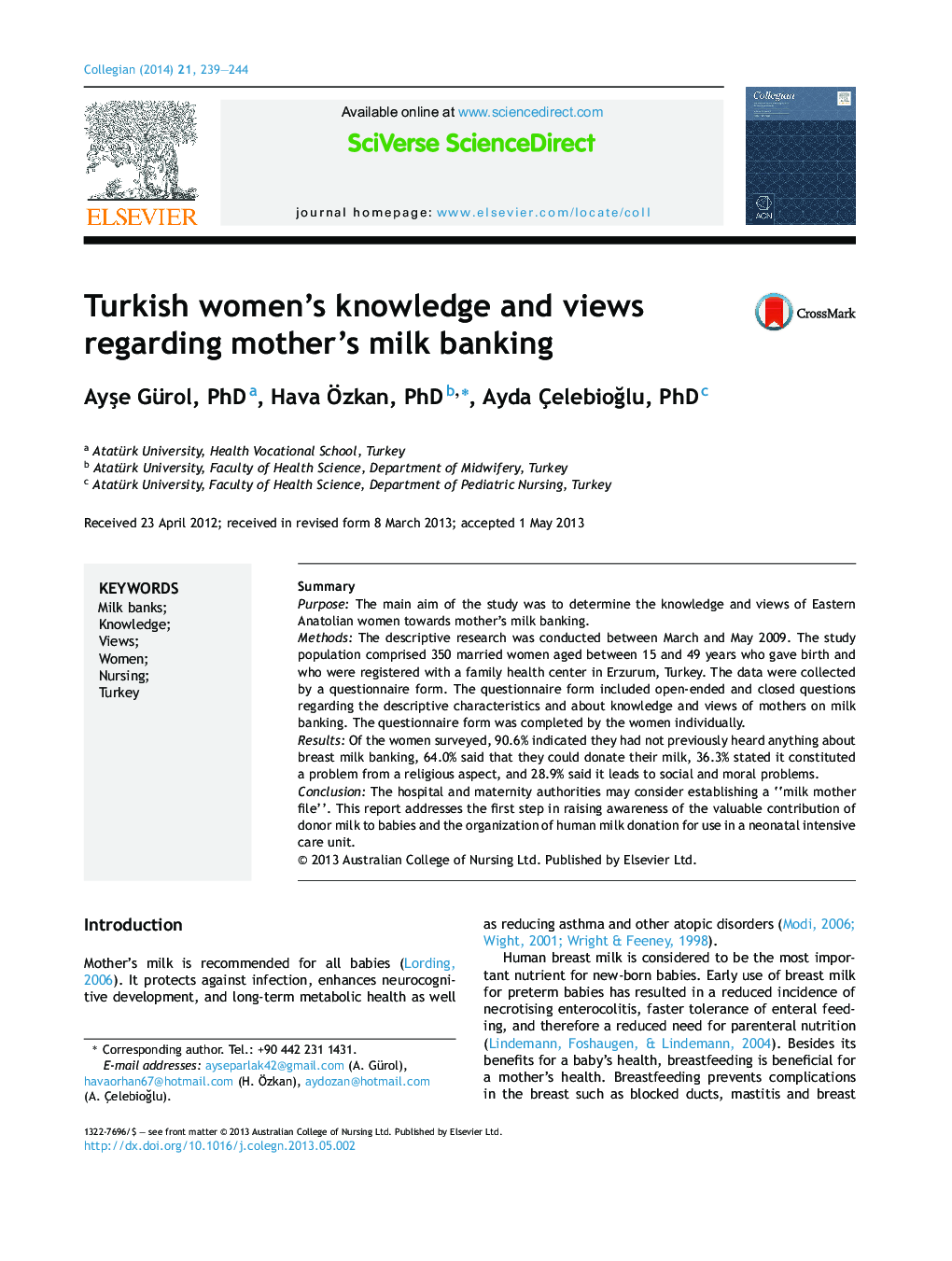 SummaryPurposeThe main aim of the study was to determine the knowledge and views of Eastern Anatolian women towards mother's milk banking.MethodsThe descriptive research was conducted between March and May 2009. The study population comprised 350 married women aged between 15 and 49 years who gave birth and who were registered with a family health center in Erzurum, Turkey. The data were collected by a questionnaire form. The questionnaire form included open-ended and closed questions regarding the descriptive characteristics and about knowledge and views of mothers on milk banking. The questionnaire form was completed by the women individually.ResultsOf the women surveyed, 90.6% indicated they had not previously heard anything about breast milk banking, 64.0% said that they could donate their milk, 36.3% stated it constituted a problem from a religious aspect, and 28.9% said it leads to social and moral problems.ConclusionThe hospital and maternity authorities may consider establishing a “milk mother file”. This report addresses the first step in raising awareness of the valuable contribution of donor milk to babies and the organization of human milk donation for use in a neonatal intensive care unit.