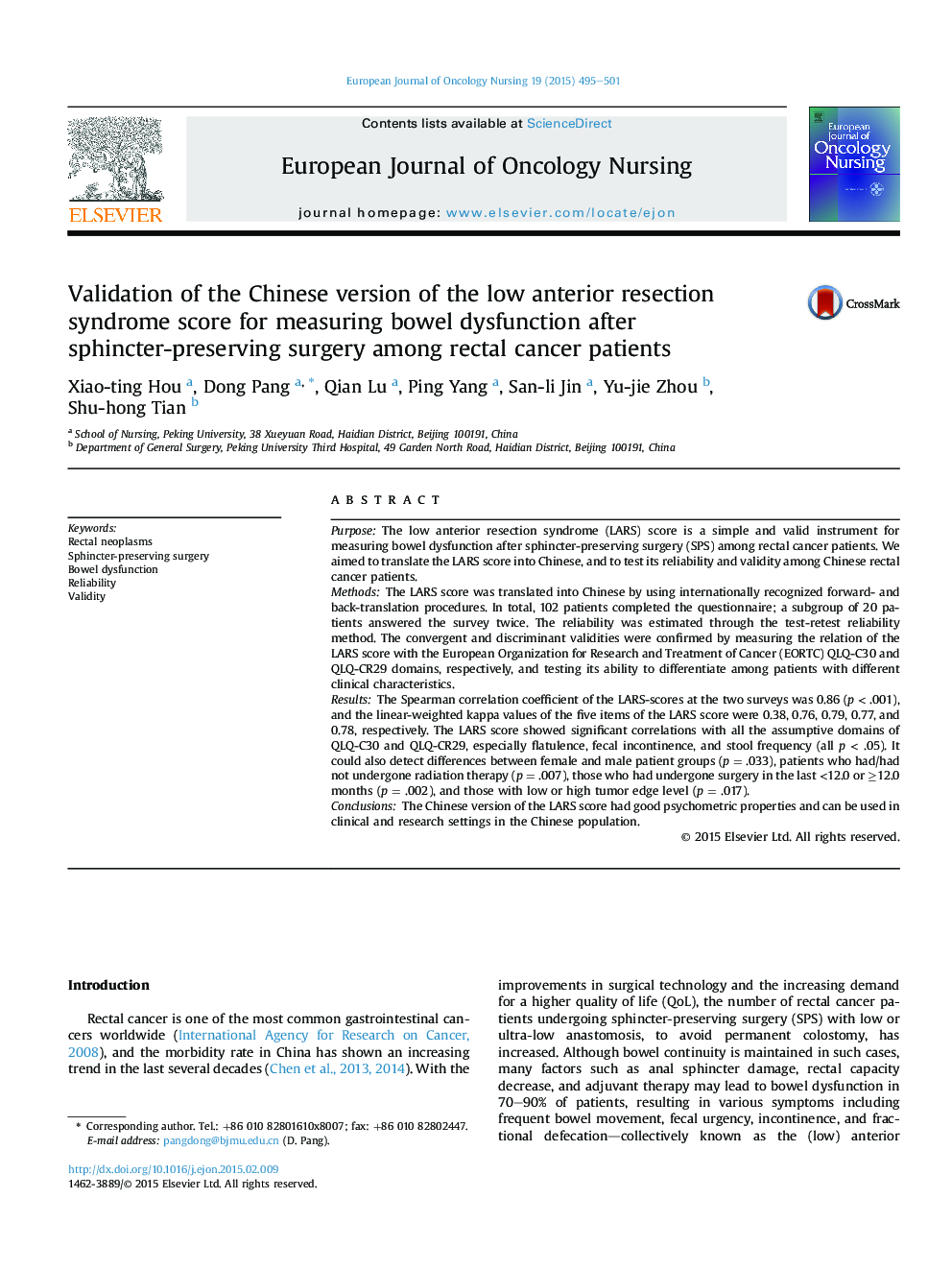 PurposeThe low anterior resection syndrome (LARS) score is a simple and valid instrument for measuring bowel dysfunction after sphincter-preserving surgery (SPS) among rectal cancer patients. We aimed to translate the LARS score into Chinese, and to test its reliability and validity among Chinese rectal cancer patients.MethodsThe LARS score was translated into Chinese by using internationally recognized forward- and back-translation procedures. In total, 102 patients completed the questionnaire; a subgroup of 20 patients answered the survey twice. The reliability was estimated through the test-retest reliability method. The convergent and discriminant validities were confirmed by measuring the relation of the LARS score with the European Organization for Research and Treatment of Cancer (EORTC) QLQ-C30 and QLQ-CR29 domains, respectively, and testing its ability to differentiate among patients with different clinical characteristics.ResultsThe Spearman correlation coefficient of the LARS-scores at the two surveys was 0.86 (p < .001), and the linear-weighted kappa values of the five items of the LARS score were 0.38, 0.76, 0.79, 0.77, and 0.78, respectively. The LARS score showed significant correlations with all the assumptive domains of QLQ-C30 and QLQ-CR29, especially flatulence, fecal incontinence, and stool frequency (all p < .05). It could also detect differences between female and male patient groups (p = .033), patients who had/had not undergone radiation therapy (p = .007), those who had undergone surgery in the last <12.0 or ≥12.0 months (p = .002), and those with low or high tumor edge level (p = .017).ConclusionsThe Chinese version of the LARS score had good psychometric properties and can be used in clinical and research settings in the Chinese population.