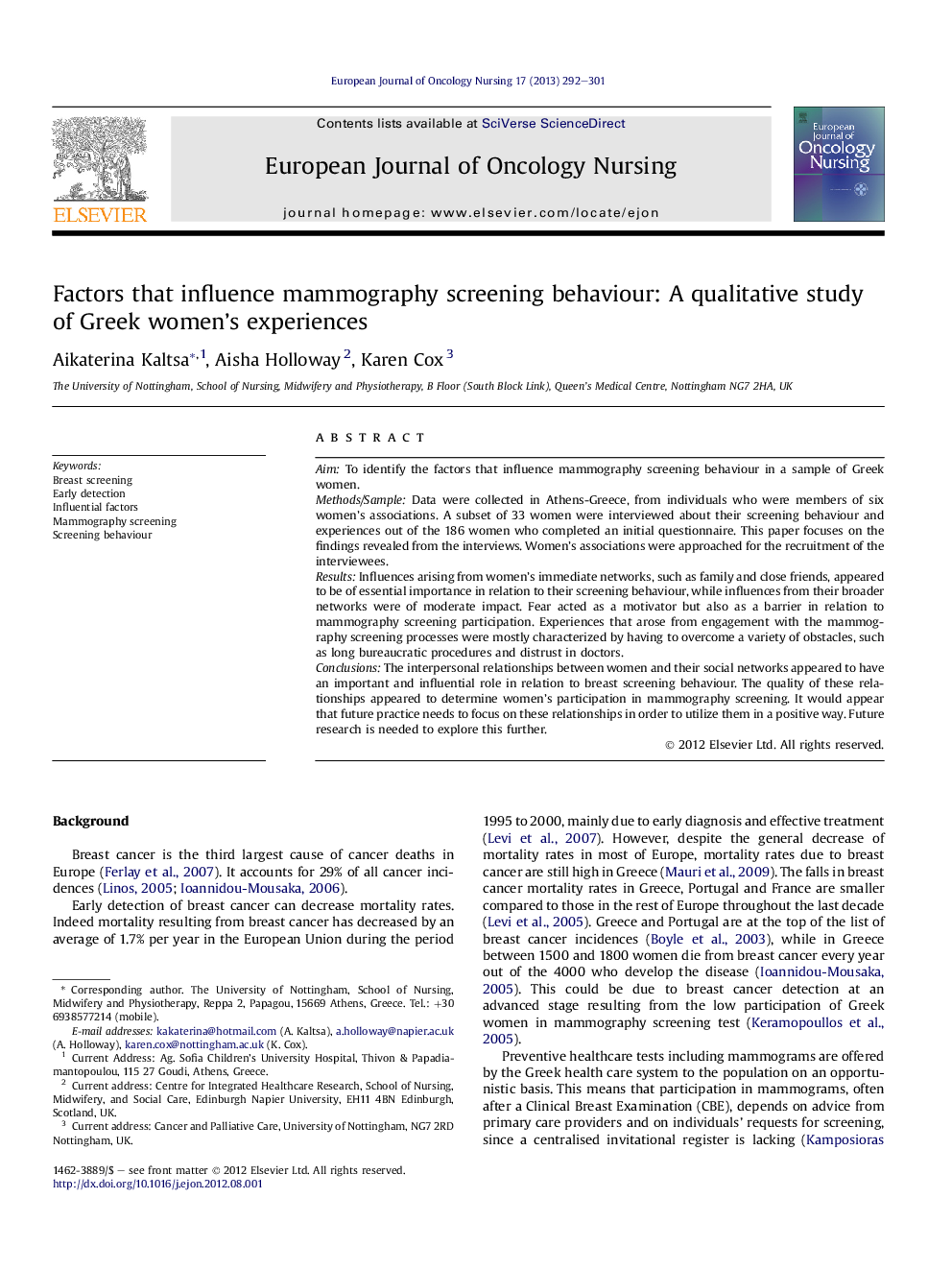 AimTo identify the factors that influence mammography screening behaviour in a sample of Greek women.Methods/SampleData were collected in Athens-Greece, from individuals who were members of six women's associations. A subset of 33 women were interviewed about their screening behaviour and experiences out of the 186 women who completed an initial questionnaire. This paper focuses on the findings revealed from the interviews. Women's associations were approached for the recruitment of the interviewees.ResultsInfluences arising from women's immediate networks, such as family and close friends, appeared to be of essential importance in relation to their screening behaviour, while influences from their broader networks were of moderate impact. Fear acted as a motivator but also as a barrier in relation to mammography screening participation. Experiences that arose from engagement with the mammography screening processes were mostly characterized by having to overcome a variety of obstacles, such as long bureaucratic procedures and distrust in doctors.ConclusionsThe interpersonal relationships between women and their social networks appeared to have an important and influential role in relation to breast screening behaviour. The quality of these relationships appeared to determine women's participation in mammography screening. It would appear that future practice needs to focus on these relationships in order to utilize them in a positive way. Future research is needed to explore this further.