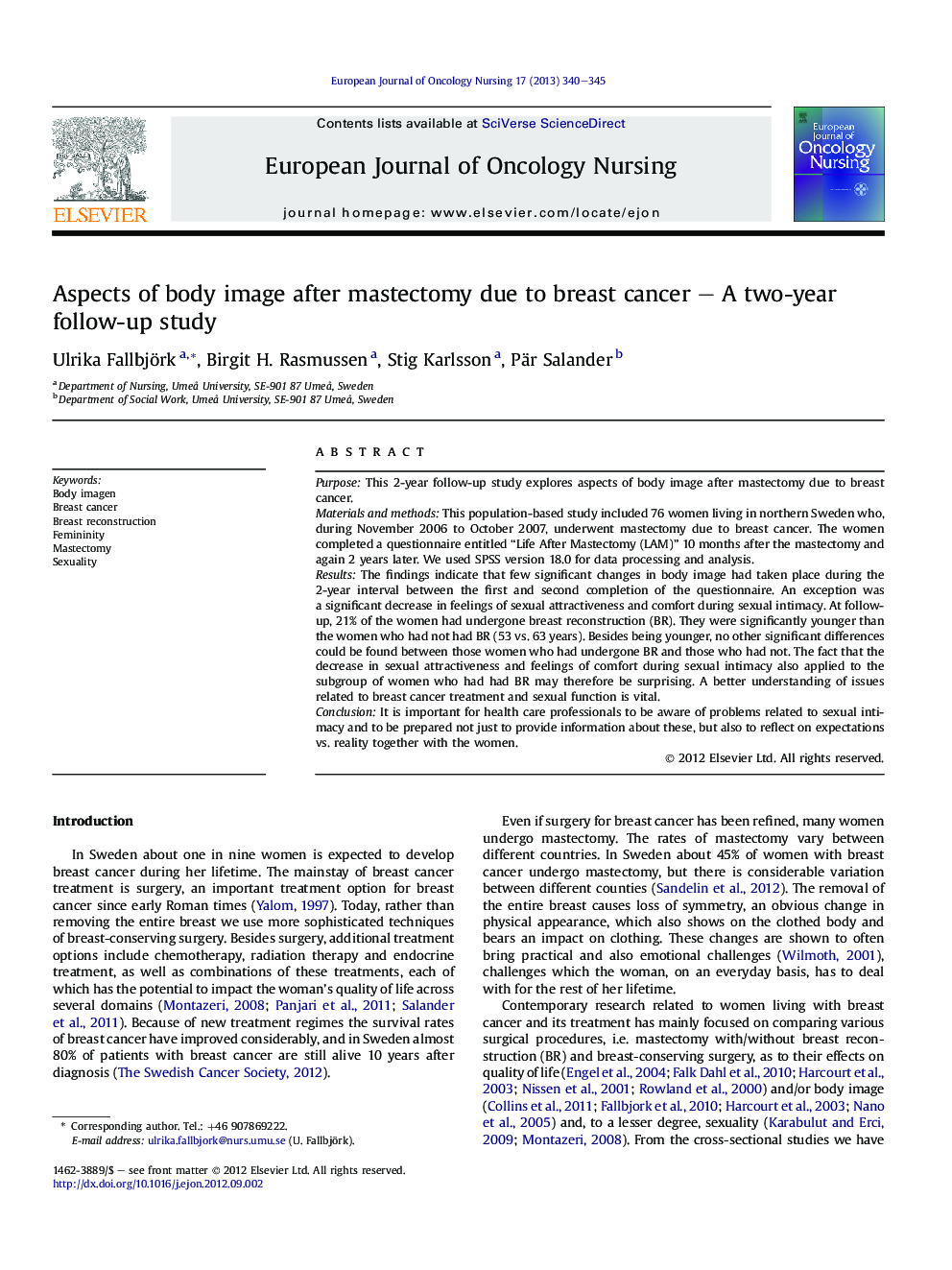 PurposeThis 2-year follow-up study explores aspects of body image after mastectomy due to breast cancer.Materials and methodsThis population-based study included 76 women living in northern Sweden who, during November 2006 to October 2007, underwent mastectomy due to breast cancer. The women completed a questionnaire entitled “Life After Mastectomy (LAM)” 10 months after the mastectomy and again 2 years later. We used SPSS version 18.0 for data processing and analysis.ResultsThe findings indicate that few significant changes in body image had taken place during the 2-year interval between the first and second completion of the questionnaire. An exception was a significant decrease in feelings of sexual attractiveness and comfort during sexual intimacy. At follow-up, 21% of the women had undergone breast reconstruction (BR). They were significantly younger than the women who had not had BR (53 vs. 63 years). Besides being younger, no other significant differences could be found between those women who had undergone BR and those who had not. The fact that the decrease in sexual attractiveness and feelings of comfort during sexual intimacy also applied to the subgroup of women who had had BR may therefore be surprising. A better understanding of issues related to breast cancer treatment and sexual function is vital.ConclusionIt is important for health care professionals to be aware of problems related to sexual intimacy and to be prepared not just to provide information about these, but also to reflect on expectations vs. reality together with the women.