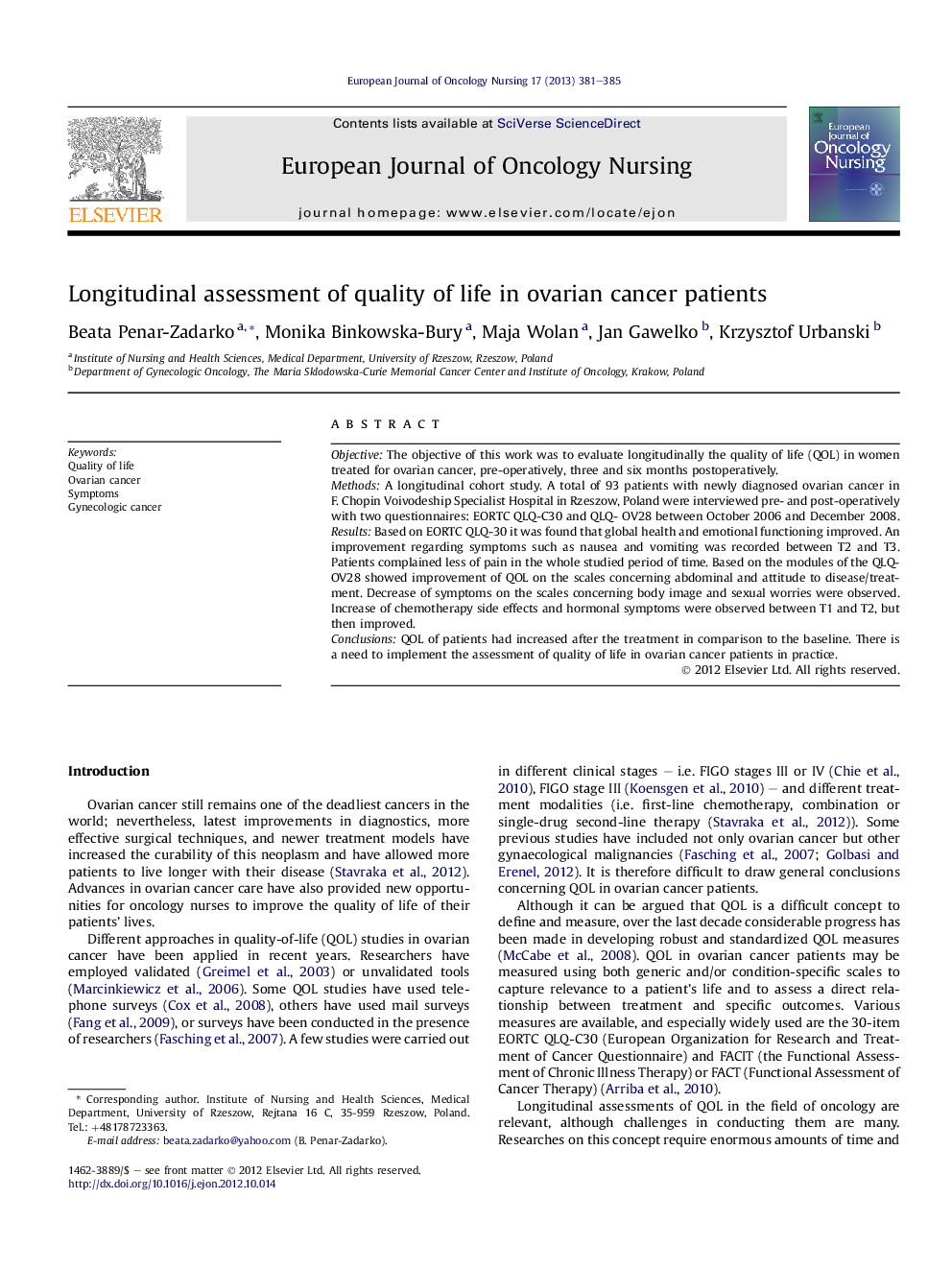 ObjectiveThe objective of this work was to evaluate longitudinally the quality of life (QOL) in women treated for ovarian cancer, pre-operatively, three and six months postoperatively.MethodsA longitudinal cohort study. A total of 93 patients with newly diagnosed ovarian cancer in F. Chopin Voivodeship Specialist Hospital in Rzeszow, Poland were interviewed pre- and post-operatively with two questionnaires: EORTC QLQ-C30 and QLQ- OV28 between October 2006 and December 2008.ResultsBased on EORTC QLQ-30 it was found that global health and emotional functioning improved. An improvement regarding symptoms such as nausea and vomiting was recorded between T2 and T3. Patients complained less of pain in the whole studied period of time. Based on the modules of the QLQ-OV28 showed improvement of QOL on the scales concerning abdominal and attitude to disease/treatment. Decrease of symptoms on the scales concerning body image and sexual worries were observed. Increase of chemotherapy side effects and hormonal symptoms were observed between T1 and T2, but then improved.ConclusionsQOL of patients had increased after the treatment in comparison to the baseline. There is a need to implement the assessment of quality of life in ovarian cancer patients in practice.