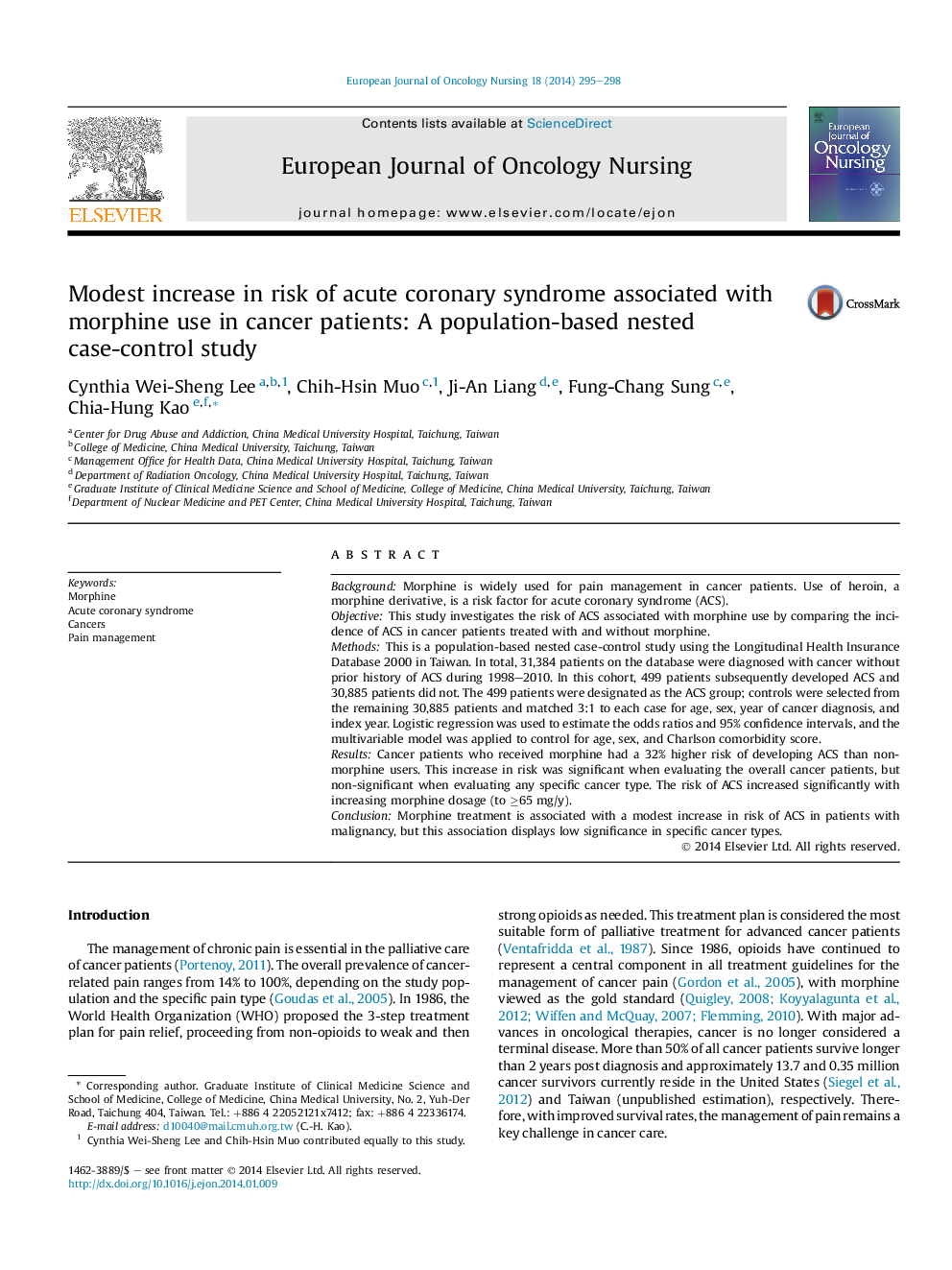 BackgroundMorphine is widely used for pain management in cancer patients. Use of heroin, a morphine derivative, is a risk factor for acute coronary syndrome (ACS).ObjectiveThis study investigates the risk of ACS associated with morphine use by comparing the incidence of ACS in cancer patients treated with and without morphine.MethodsThis is a population-based nested case-control study using the Longitudinal Health Insurance Database 2000 in Taiwan. In total, 31,384 patients on the database were diagnosed with cancer without prior history of ACS during 1998–2010. In this cohort, 499 patients subsequently developed ACS and 30,885 patients did not. The 499 patients were designated as the ACS group; controls were selected from the remaining 30,885 patients and matched 3:1 to each case for age, sex, year of cancer diagnosis, and index year. Logistic regression was used to estimate the odds ratios and 95% confidence intervals, and the multivariable model was applied to control for age, sex, and Charlson comorbidity score.ResultsCancer patients who received morphine had a 32% higher risk of developing ACS than non-morphine users. This increase in risk was significant when evaluating the overall cancer patients, but non-significant when evaluating any specific cancer type. The risk of ACS increased significantly with increasing morphine dosage (to ≥65 mg/y).ConclusionMorphine treatment is associated with a modest increase in risk of ACS in patients with malignancy, but this association displays low significance in specific cancer types.