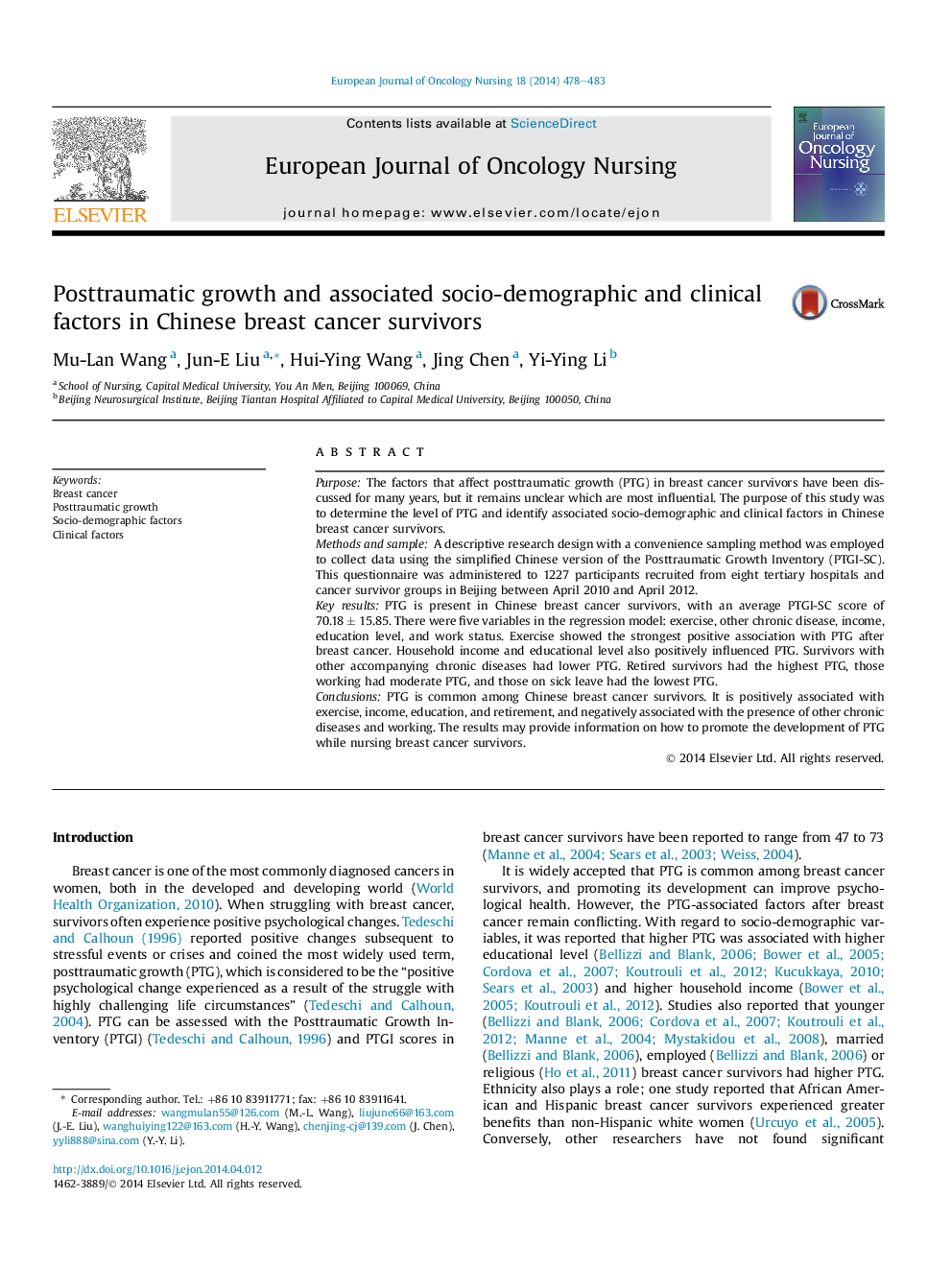 PurposeThe factors that affect posttraumatic growth (PTG) in breast cancer survivors have been discussed for many years, but it remains unclear which are most influential. The purpose of this study was to determine the level of PTG and identify associated socio-demographic and clinical factors in Chinese breast cancer survivors.Methods and sampleA descriptive research design with a convenience sampling method was employed to collect data using the simplified Chinese version of the Posttraumatic Growth Inventory (PTGI-SC). This questionnaire was administered to 1227 participants recruited from eight tertiary hospitals and cancer survivor groups in Beijing between April 2010 and April 2012.Key resultsPTG is present in Chinese breast cancer survivors, with an average PTGI-SC score of 70.18 ± 15.85. There were five variables in the regression model: exercise, other chronic disease, income, education level, and work status. Exercise showed the strongest positive association with PTG after breast cancer. Household income and educational level also positively influenced PTG. Survivors with other accompanying chronic diseases had lower PTG. Retired survivors had the highest PTG, those working had moderate PTG, and those on sick leave had the lowest PTG.ConclusionsPTG is common among Chinese breast cancer survivors. It is positively associated with exercise, income, education, and retirement, and negatively associated with the presence of other chronic diseases and working. The results may provide information on how to promote the development of PTG while nursing breast cancer survivors.