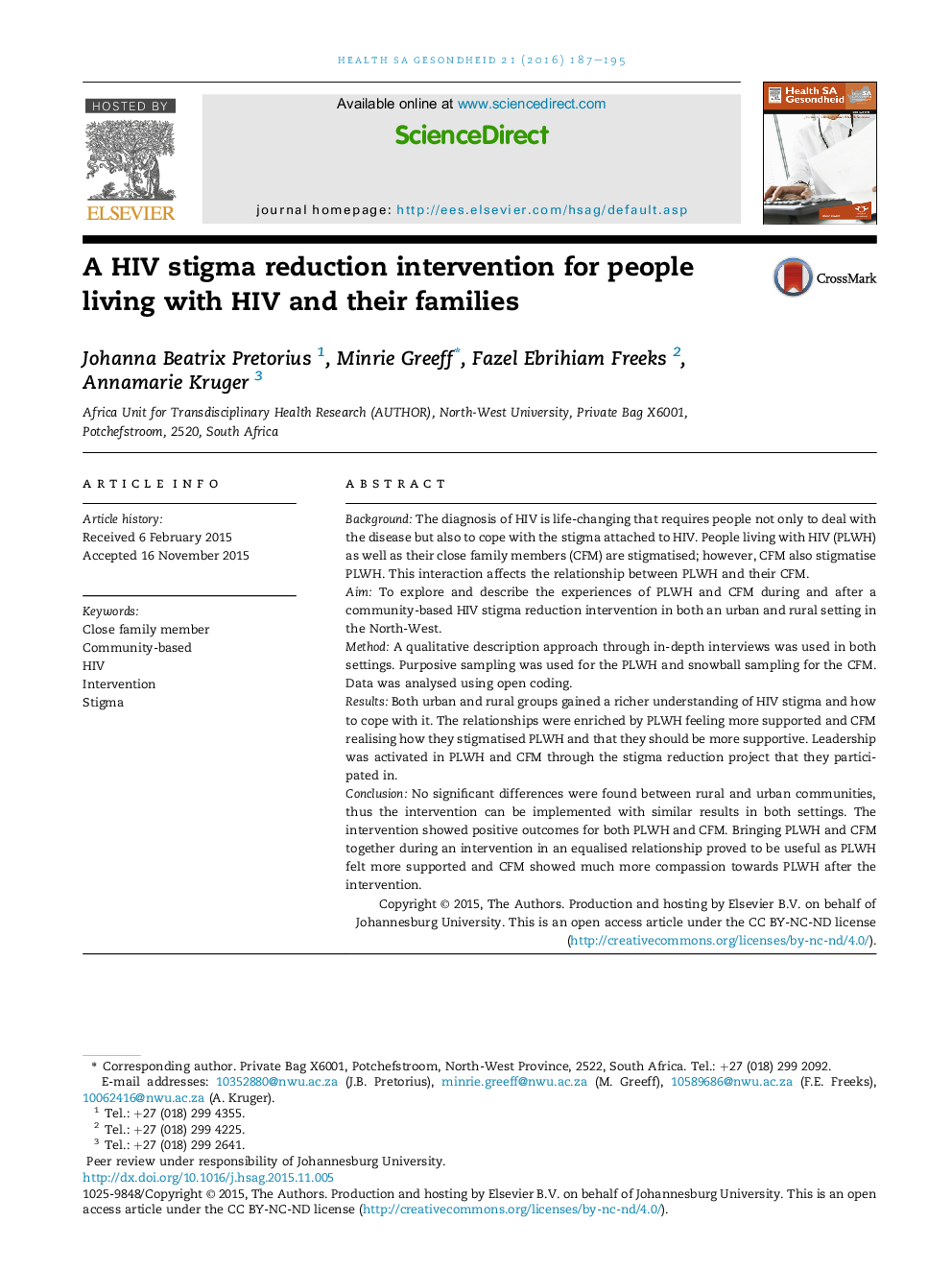 BackgroundThe diagnosis of HIV is life-changing that requires people not only to deal with the disease but also to cope with the stigma attached to HIV. People living with HIV (PLWH) as well as their close family members (CFM) are stigmatised; however, CFM also stigmatise PLWH. This interaction affects the relationship between PLWH and their CFM.AimTo explore and describe the experiences of PLWH and CFM during and after a community-based HIV stigma reduction intervention in both an urban and rural setting in the North-West.MethodA qualitative description approach through in-depth interviews was used in both settings. Purposive sampling was used for the PLWH and snowball sampling for the CFM. Data was analysed using open coding.ResultsBoth urban and rural groups gained a richer understanding of HIV stigma and how to cope with it. The relationships were enriched by PLWH feeling more supported and CFM realising how they stigmatised PLWH and that they should be more supportive. Leadership was activated in PLWH and CFM through the stigma reduction project that they participated in.ConclusionNo significant differences were found between rural and urban communities, thus the intervention can be implemented with similar results in both settings. The intervention showed positive outcomes for both PLWH and CFM. Bringing PLWH and CFM together during an intervention in an equalised relationship proved to be useful as PLWH felt more supported and CFM showed much more compassion towards PLWH after the intervention.