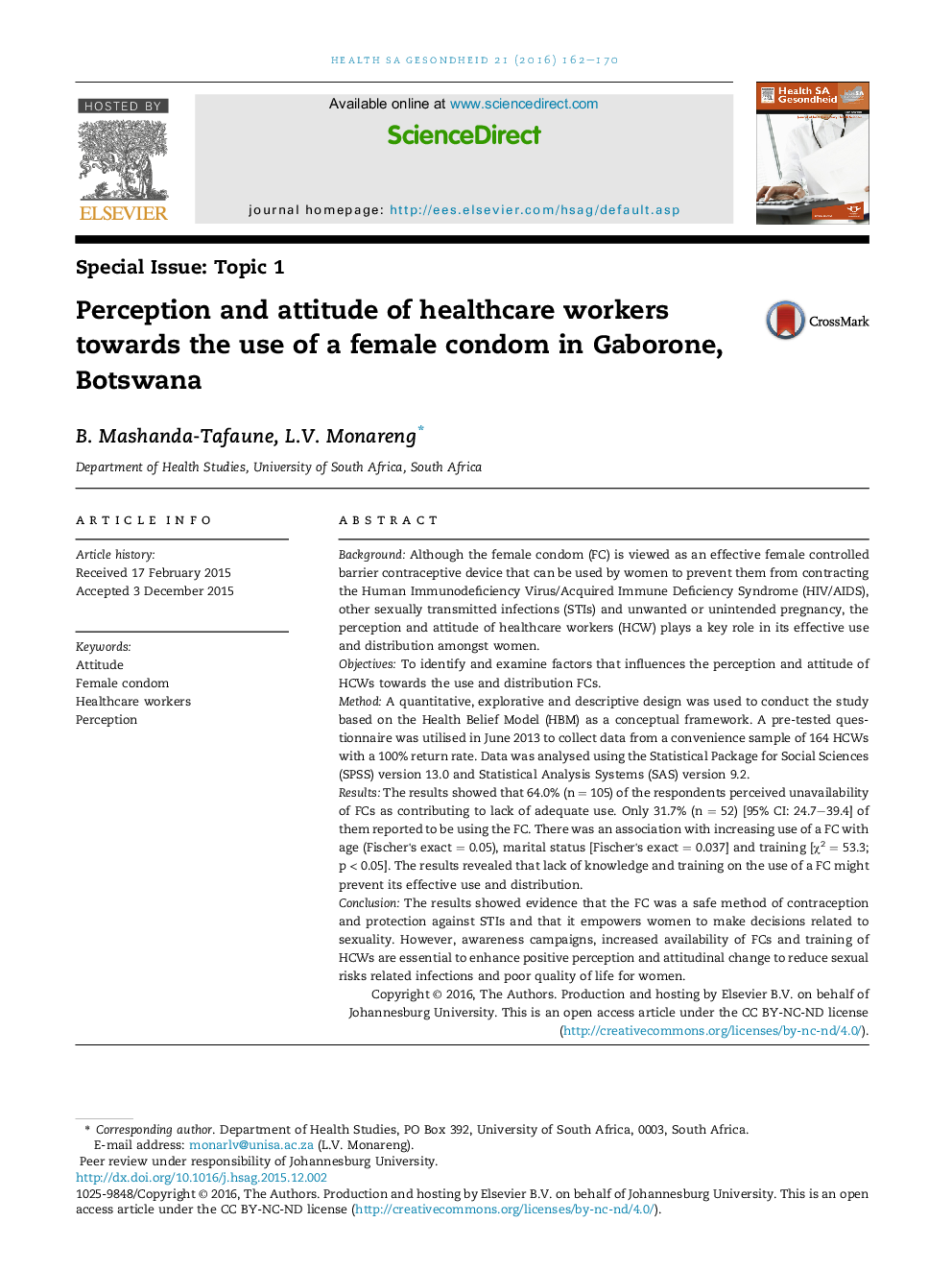 BackgroundAlthough the female condom (FC) is viewed as an effective female controlled barrier contraceptive device that can be used by women to prevent them from contracting the Human Immunodeficiency Virus/Acquired Immune Deficiency Syndrome (HIV/AIDS), other sexually transmitted infections (STIs) and unwanted or unintended pregnancy, the perception and attitude of healthcare workers (HCW) plays a key role in its effective use and distribution amongst women.ObjectivesTo identify and examine factors that influences the perception and attitude of HCWs towards the use and distribution FCs.MethodA quantitative, explorative and descriptive design was used to conduct the study based on the Health Belief Model (HBM) as a conceptual framework. A pre-tested questionnaire was utilised in June 2013 to collect data from a convenience sample of 164 HCWs with a 100% return rate. Data was analysed using the Statistical Package for Social Sciences (SPSS) version 13.0 and Statistical Analysis Systems (SAS) version 9.2.ResultsThe results showed that 64.0% (n = 105) of the respondents perceived unavailability of FCs as contributing to lack of adequate use. Only 31.7% (n = 52) [95% CI: 24.7–39.4] of them reported to be using the FC. There was an association with increasing use of a FC with age (Fischer's exact = 0.05), marital status [Fischer's exact = 0.037] and training [χ2 = 53.3; p < 0.05]. The results revealed that lack of knowledge and training on the use of a FC might prevent its effective use and distribution.ConclusionThe results showed evidence that the FC was a safe method of contraception and protection against STIs and that it empowers women to make decisions related to sexuality. However, awareness campaigns, increased availability of FCs and training of HCWs are essential to enhance positive perception and attitudinal change to reduce sexual risks related infections and poor quality of life for women.