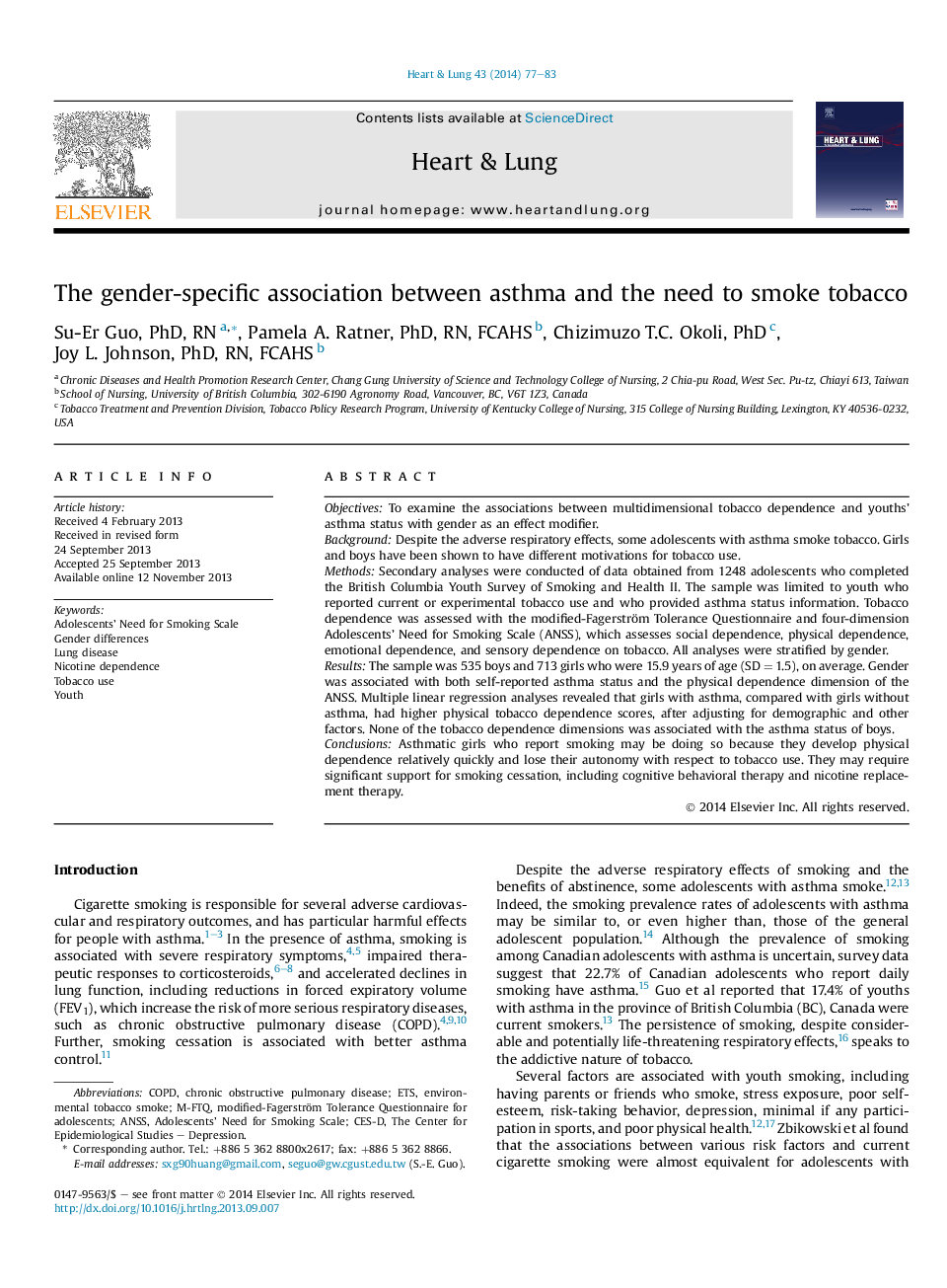 ObjectivesTo examine the associations between multidimensional tobacco dependence and youths' asthma status with gender as an effect modifier.BackgroundDespite the adverse respiratory effects, some adolescents with asthma smoke tobacco. Girls and boys have been shown to have different motivations for tobacco use.MethodsSecondary analyses were conducted of data obtained from 1248 adolescents who completed the British Columbia Youth Survey of Smoking and Health II. The sample was limited to youth who reported current or experimental tobacco use and who provided asthma status information. Tobacco dependence was assessed with the modified-Fagerström Tolerance Questionnaire and four-dimension Adolescents' Need for Smoking Scale (ANSS), which assesses social dependence, physical dependence, emotional dependence, and sensory dependence on tobacco. All analyses were stratified by gender.ResultsThe sample was 535 boys and 713 girls who were 15.9 years of age (SD = 1.5), on average. Gender was associated with both self-reported asthma status and the physical dependence dimension of the ANSS. Multiple linear regression analyses revealed that girls with asthma, compared with girls without asthma, had higher physical tobacco dependence scores, after adjusting for demographic and other factors. None of the tobacco dependence dimensions was associated with the asthma status of boys.ConclusionsAsthmatic girls who report smoking may be doing so because they develop physical dependence relatively quickly and lose their autonomy with respect to tobacco use. They may require significant support for smoking cessation, including cognitive behavioral therapy and nicotine replacement therapy.