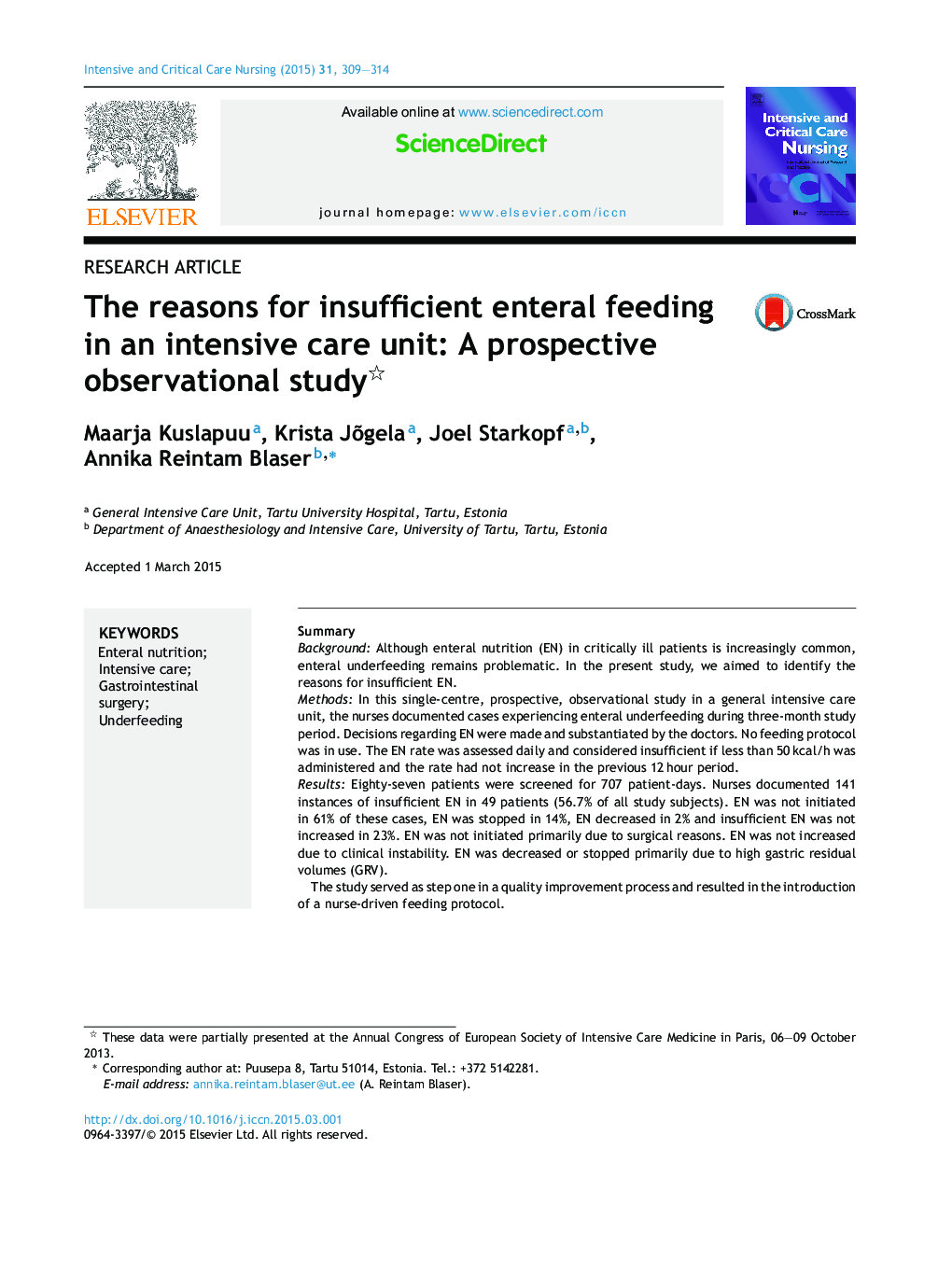 SummaryBackgroundAlthough enteral nutrition (EN) in critically ill patients is increasingly common, enteral underfeeding remains problematic. In the present study, we aimed to identify the reasons for insufficient EN.MethodsIn this single-centre, prospective, observational study in a general intensive care unit, the nurses documented cases experiencing enteral underfeeding during three-month study period. Decisions regarding EN were made and substantiated by the doctors. No feeding protocol was in use. The EN rate was assessed daily and considered insufficient if less than 50 kcal/h was administered and the rate had not increase in the previous 12 hour period.ResultsEighty-seven patients were screened for 707 patient-days. Nurses documented 141 instances of insufficient EN in 49 patients (56.7% of all study subjects). EN was not initiated in 61% of these cases, EN was stopped in 14%, EN decreased in 2% and insufficient EN was not increased in 23%. EN was not initiated primarily due to surgical reasons. EN was not increased due to clinical instability. EN was decreased or stopped primarily due to high gastric residual volumes (GRV).The study served as step one in a quality improvement process and resulted in the introduction of a nurse-driven feeding protocol.ConclusionThe main reasons for insufficient EN in intensive care patients include recent GI surgery, shock and large GRV. EN is commonly withheld for several days after GI surgery, whereas in shock there was a prohibition on increasing EN towards the target. Insufficient EN is highly prevalent; the incidence of EN should be reduced by training and the acceptance of more liberal EN policies.