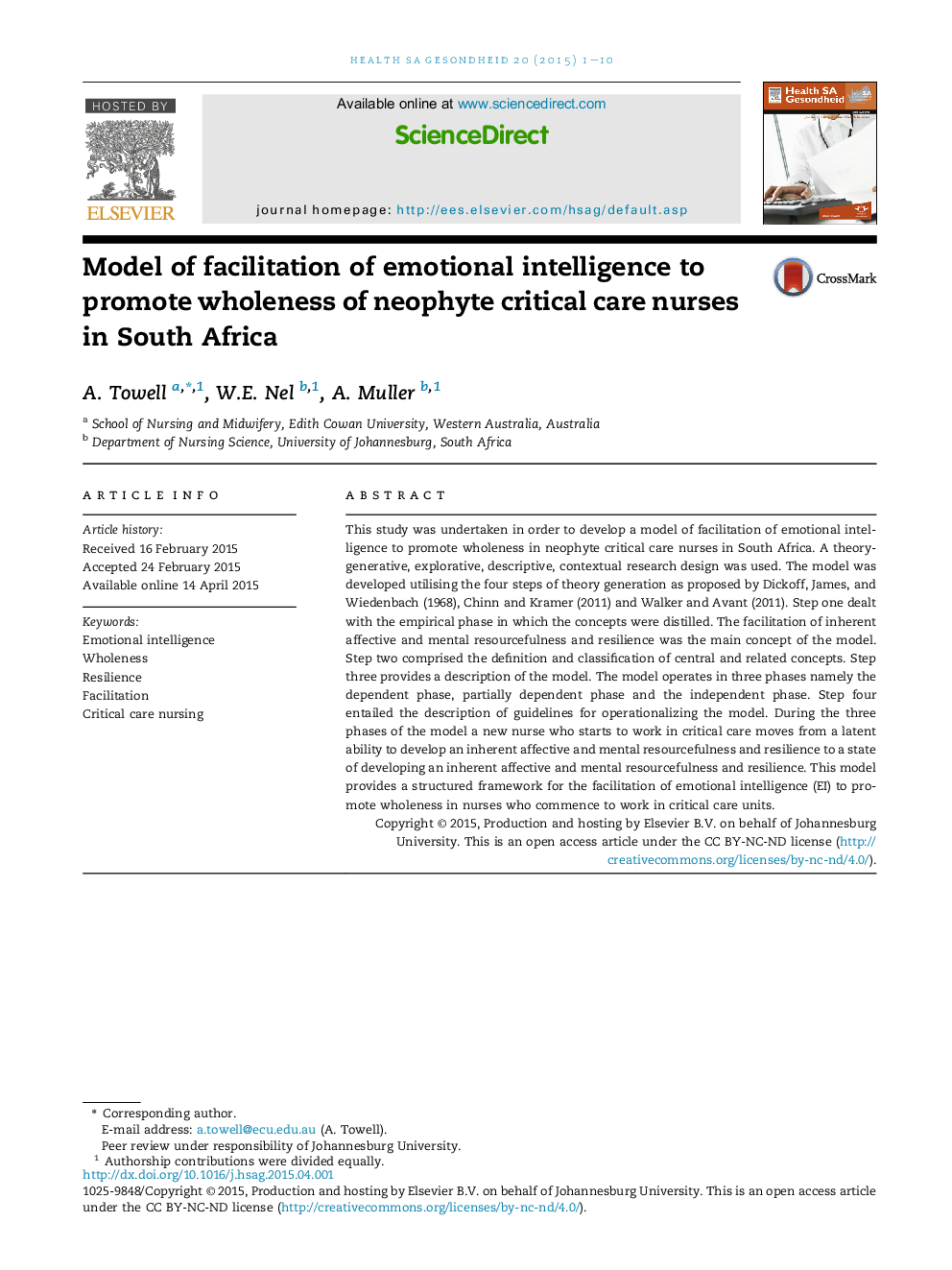 This study was undertaken in order to develop a model of facilitation of emotional intelligence to promote wholeness in neophyte critical care nurses in South Africa. A theory-generative, explorative, descriptive, contextual research design was used. The model was developed utilising the four steps of theory generation as proposed by Dickoff, James, and Wiedenbach (1968), Chinn and Kramer (2011) and Walker and Avant (2011). Step one dealt with the empirical phase in which the concepts were distilled. The facilitation of inherent affective and mental resourcefulness and resilience was the main concept of the model. Step two comprised the definition and classification of central and related concepts. Step three provides a description of the model. The model operates in three phases namely the dependent phase, partially dependent phase and the independent phase. Step four entailed the description of guidelines for operationalizing the model. During the three phases of the model a new nurse who starts to work in critical care moves from a latent ability to develop an inherent affective and mental resourcefulness and resilience to a state of developing an inherent affective and mental resourcefulness and resilience. This model provides a structured framework for the facilitation of emotional intelligence (EI) to promote wholeness in nurses who commence to work in critical care units.