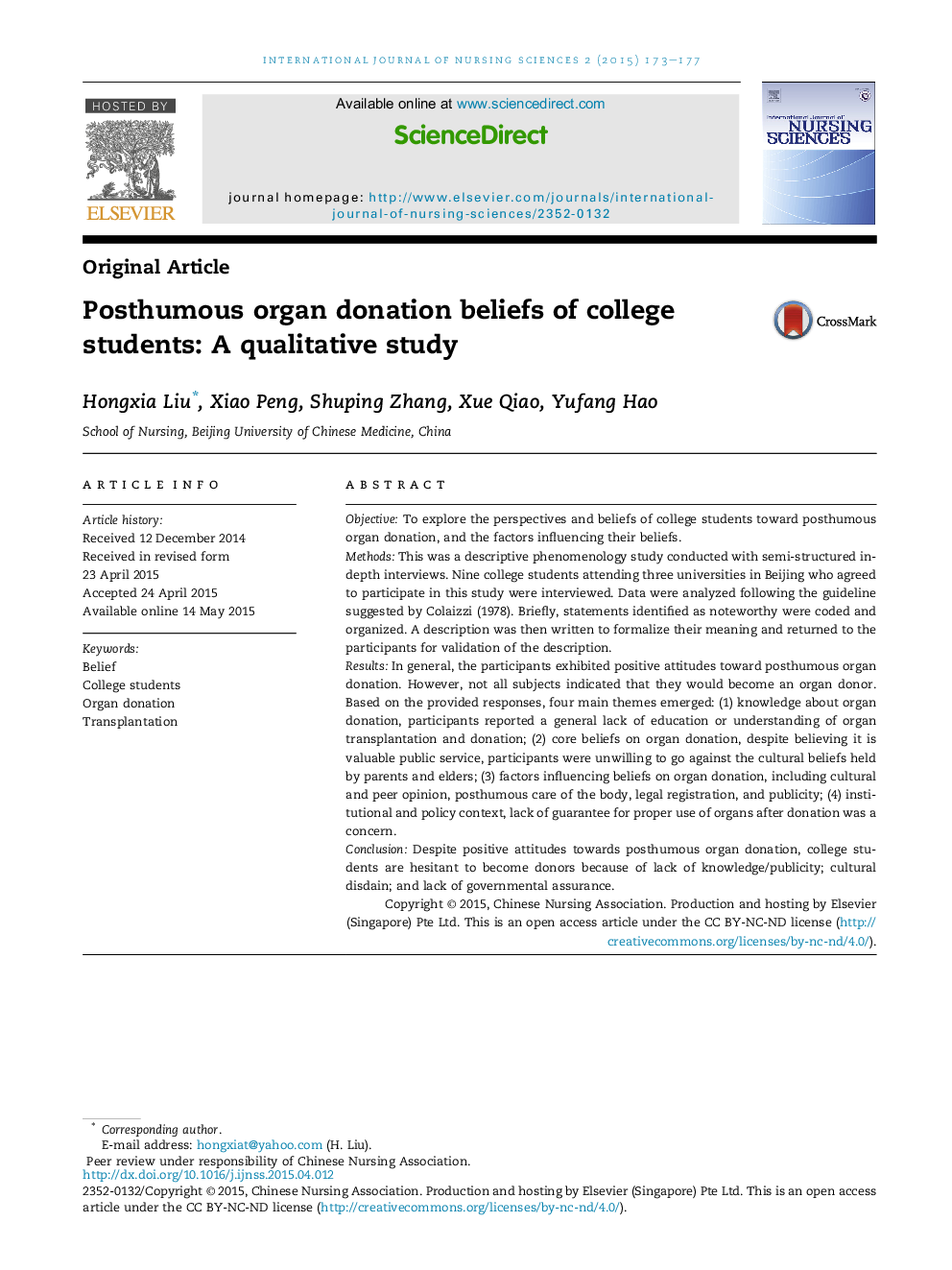 ObjectiveTo explore the perspectives and beliefs of college students toward posthumous organ donation, and the factors influencing their beliefs.MethodsThis was a descriptive phenomenology study conducted with semi-structured in-depth interviews. Nine college students attending three universities in Beijing who agreed to participate in this study were interviewed. Data were analyzed following the guideline suggested by Colaizzi (1978). Briefly, statements identified as noteworthy were coded and organized. A description was then written to formalize their meaning and returned to the participants for validation of the description.ResultsIn general, the participants exhibited positive attitudes toward posthumous organ donation. However, not all subjects indicated that they would become an organ donor. Based on the provided responses, four main themes emerged: (1) knowledge about organ donation, participants reported a general lack of education or understanding of organ transplantation and donation; (2) core beliefs on organ donation, despite believing it is valuable public service, participants were unwilling to go against the cultural beliefs held by parents and elders; (3) factors influencing beliefs on organ donation, including cultural and peer opinion, posthumous care of the body, legal registration, and publicity; (4) institutional and policy context, lack of guarantee for proper use of organs after donation was a concern.ConclusionDespite positive attitudes towards posthumous organ donation, college students are hesitant to become donors because of lack of knowledge/publicity; cultural disdain; and lack of governmental assurance.