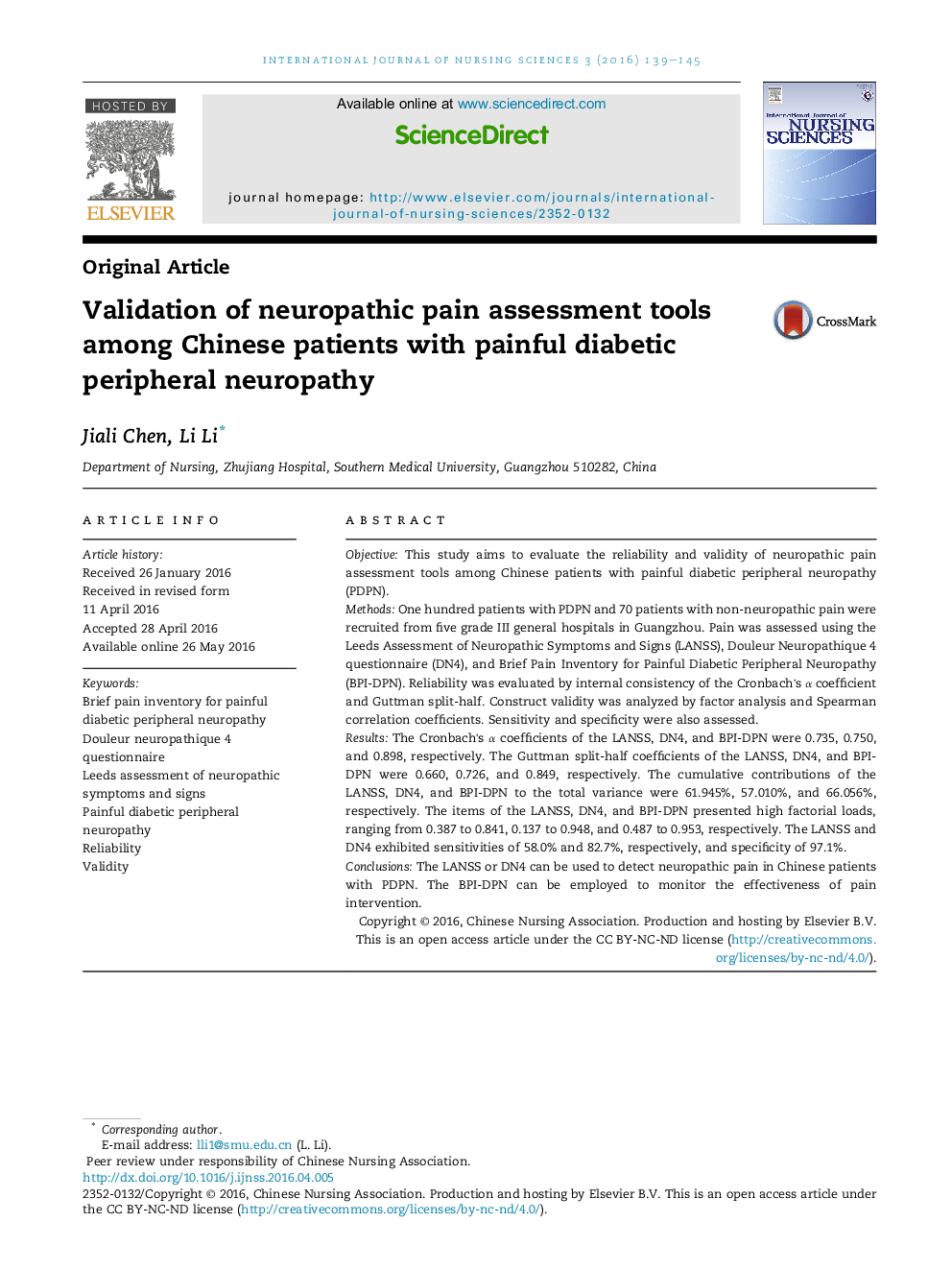 ObjectiveThis study aims to evaluate the reliability and validity of neuropathic pain assessment tools among Chinese patients with painful diabetic peripheral neuropathy (PDPN).MethodsOne hundred patients with PDPN and 70 patients with non-neuropathic pain were recruited from five grade III general hospitals in Guangzhou. Pain was assessed using the Leeds Assessment of Neuropathic Symptoms and Signs (LANSS), Douleur Neuropathique 4 questionnaire (DN4), and Brief Pain Inventory for Painful Diabetic Peripheral Neuropathy (BPI-DPN). Reliability was evaluated by internal consistency of the Cronbach's α coefficient and Guttman split-half. Construct validity was analyzed by factor analysis and Spearman correlation coefficients. Sensitivity and specificity were also assessed.ResultsThe Cronbach's α coefficients of the LANSS, DN4, and BPI-DPN were 0.735, 0.750, and 0.898, respectively. The Guttman split-half coefficients of the LANSS, DN4, and BPI-DPN were 0.660, 0.726, and 0.849, respectively. The cumulative contributions of the LANSS, DN4, and BPI-DPN to the total variance were 61.945%, 57.010%, and 66.056%, respectively. The items of the LANSS, DN4, and BPI-DPN presented high factorial loads, ranging from 0.387 to 0.841, 0.137 to 0.948, and 0.487 to 0.953, respectively. The LANSS and DN4 exhibited sensitivities of 58.0% and 82.7%, respectively, and specificity of 97.1%.ConclusionsThe LANSS or DN4 can be used to detect neuropathic pain in Chinese patients with PDPN. The BPI-DPN can be employed to monitor the effectiveness of pain intervention.