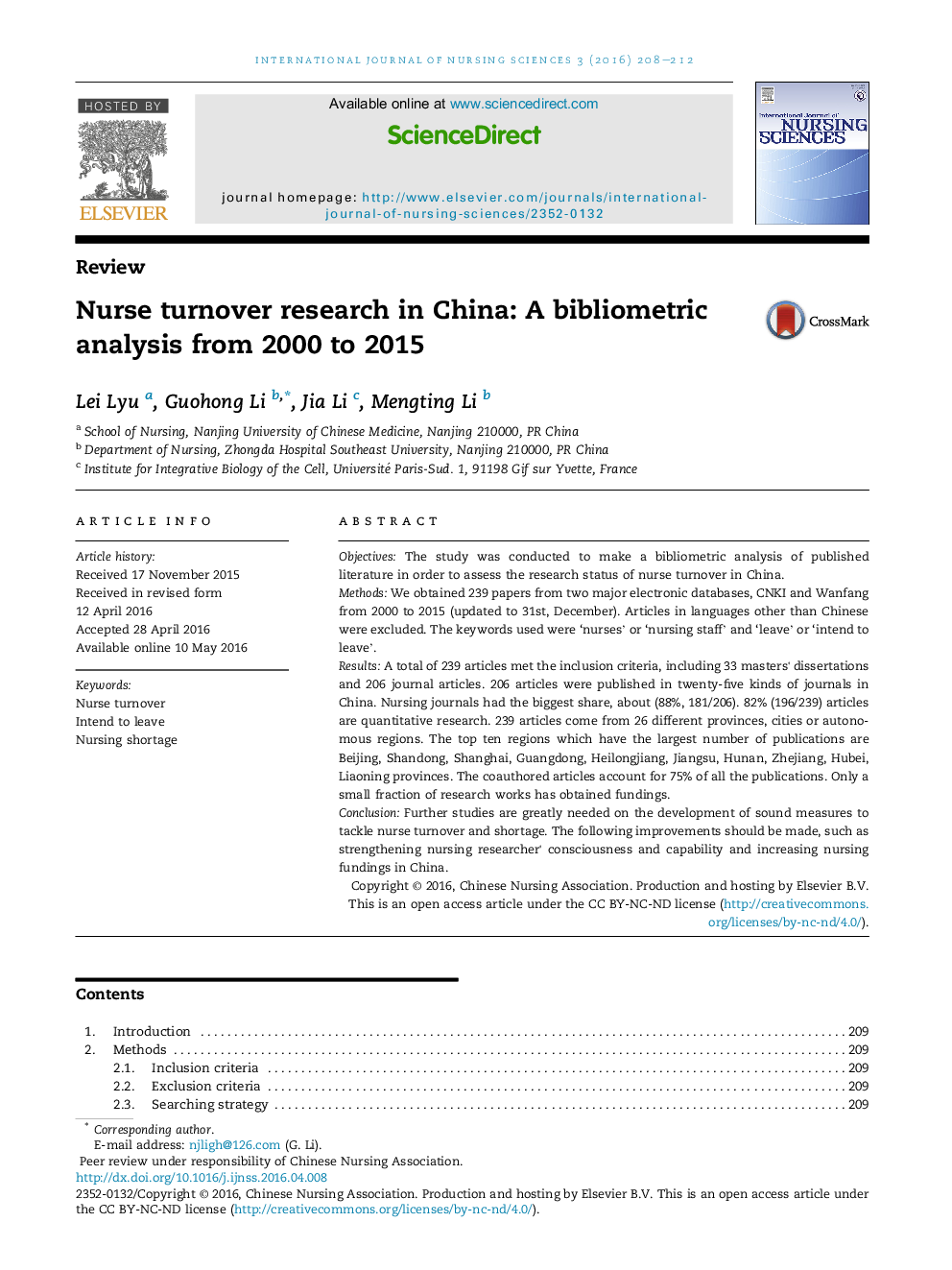 ObjectivesThe study was conducted to make a bibliometric analysis of published literature in order to assess the research status of nurse turnover in China.MethodsWe obtained 239 papers from two major electronic databases, CNKI and Wanfang from 2000 to 2015 (updated to 31st, December). Articles in languages other than Chinese were excluded. The keywords used were ‘nurses’ or ‘nursing staff’ and ‘leave’ or ‘intend to leave’.ResultsA total of 239 articles met the inclusion criteria, including 33 masters' dissertations and 206 journal articles. 206 articles were published in twenty-five kinds of journals in China. Nursing journals had the biggest share, about (88%, 181/206). 82% (196/239) articles are quantitative research. 239 articles come from 26 different provinces, cities or autonomous regions. The top ten regions which have the largest number of publications are Beijing, Shandong, Shanghai, Guangdong, Heilongjiang, Jiangsu, Hunan, Zhejiang, Hubei, Liaoning provinces. The coauthored articles account for 75% of all the publications. Only a small fraction of research works has obtained fundings.ConclusionFurther studies are greatly needed on the development of sound measures to tackle nurse turnover and shortage. The following improvements should be made, such as strengthening nursing researcher' consciousness and capability and increasing nursing fundings in China.