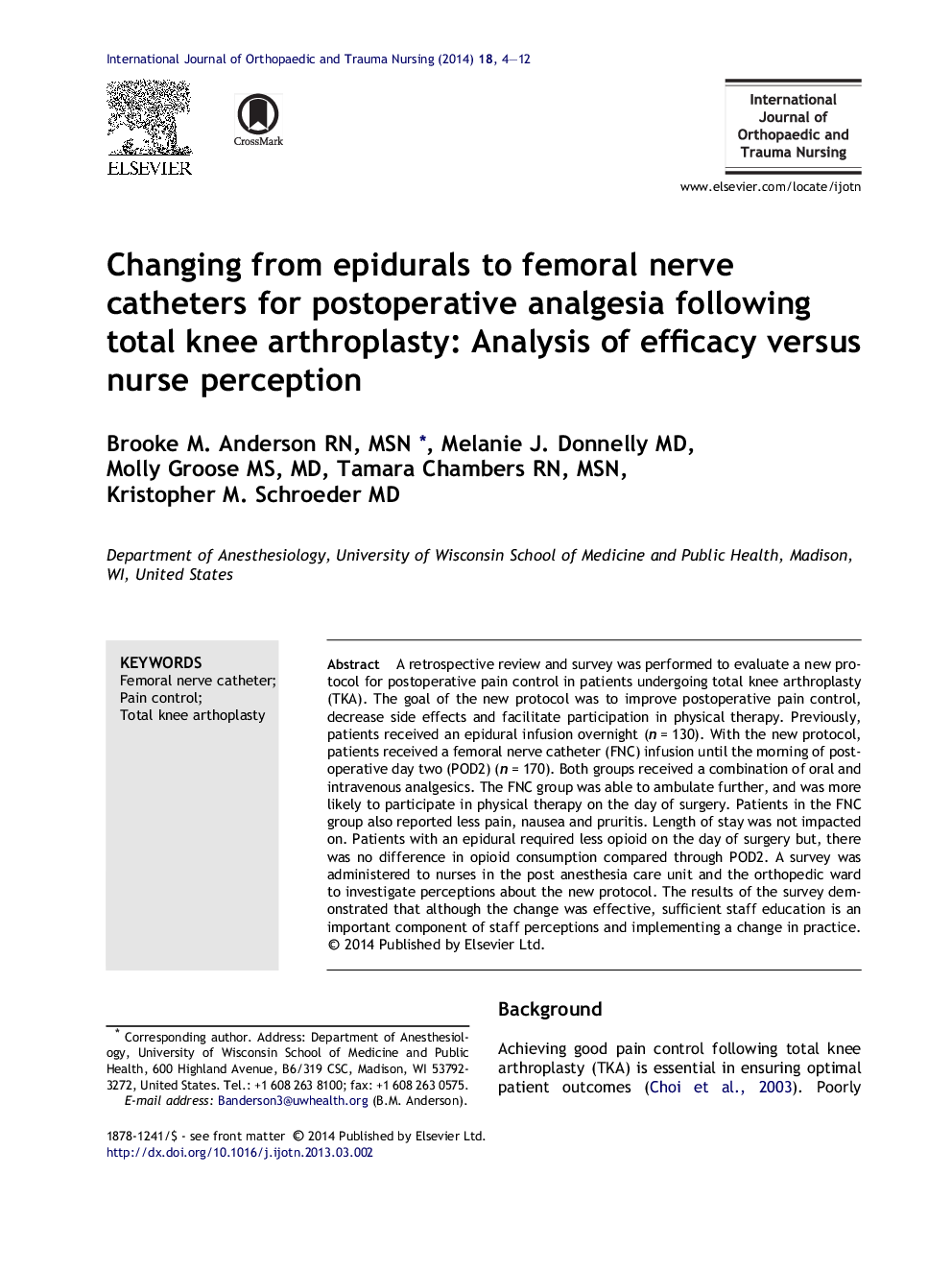 A retrospective review and survey was performed to evaluate a new protocol for postoperative pain control in patients undergoing total knee arthroplasty (TKA). The goal of the new protocol was to improve postoperative pain control, decrease side effects and facilitate participation in physical therapy. Previously, patients received an epidural infusion overnight (n = 130). With the new protocol, patients received a femoral nerve catheter (FNC) infusion until the morning of postoperative day two (POD2) (n = 170). Both groups received a combination of oral and intravenous analgesics. The FNC group was able to ambulate further, and was more likely to participate in physical therapy on the day of surgery. Patients in the FNC group also reported less pain, nausea and pruritis. Length of stay was not impacted on. Patients with an epidural required less opioid on the day of surgery but, there was no difference in opioid consumption compared through POD2. A survey was administered to nurses in the post anesthesia care unit and the orthopedic ward to investigate perceptions about the new protocol. The results of the survey demonstrated that although the change was effective, sufficient staff education is an important component of staff perceptions and implementing a change in practice.