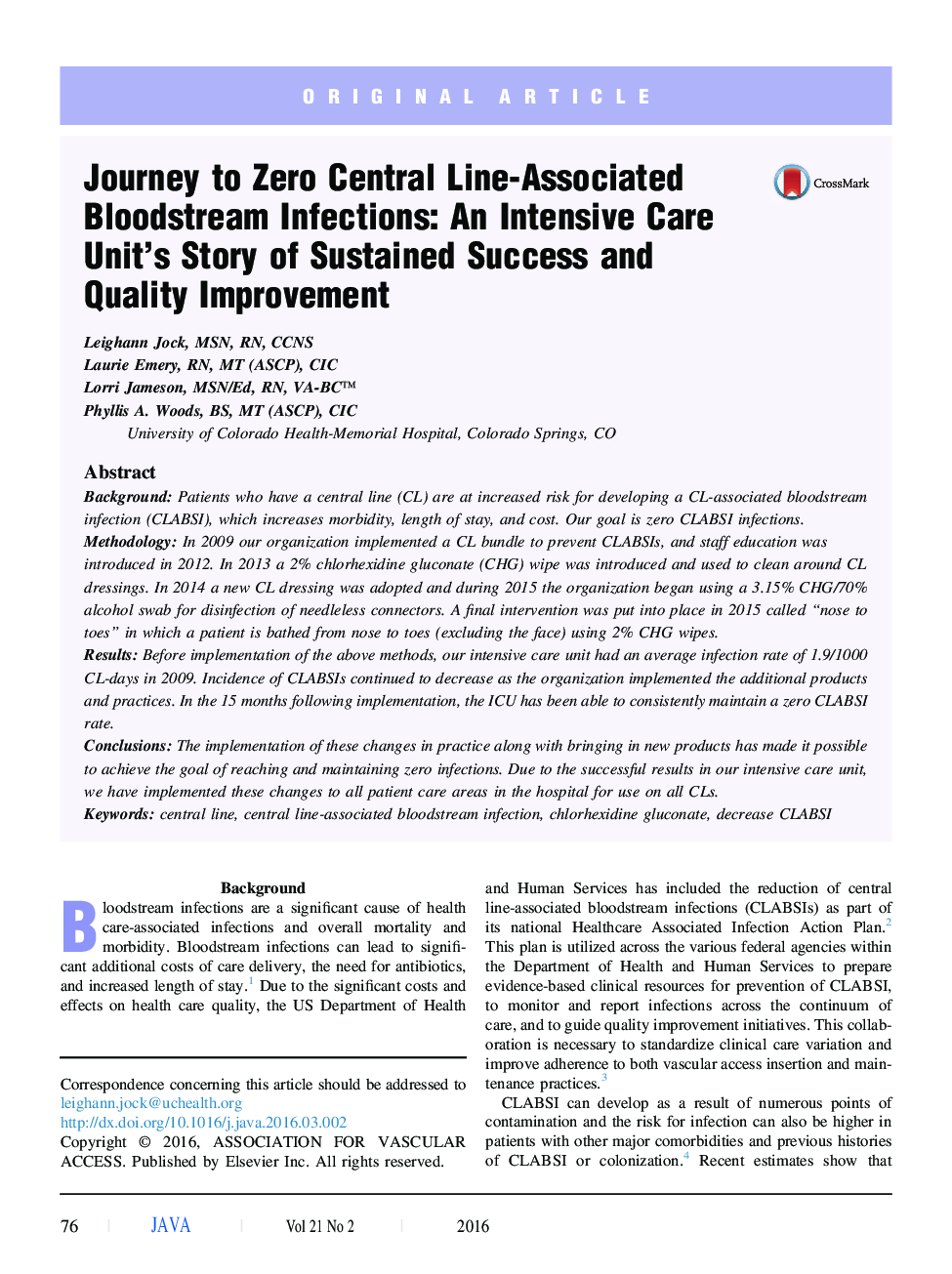 BackgroundPatients who have a central line (CL) are at increased risk for developing a CL-associated bloodstream infection (CLABSI), which increases morbidity, length of stay, and cost. Our goal is zero CLABSI infections.MethodologyIn 2009 our organization implemented a CL bundle to prevent CLABSIs, and staff education was introduced in 2012. In 2013 a 2% chlorhexidine gluconate (CHG) wipe was introduced and used to clean around CL dressings. In 2014 a new CL dressing was adopted and during 2015 the organization began using a 3.15% CHG/70% alcohol swab for disinfection of needleless connectors. A final intervention was put into place in 2015 called “nose to toes” in which a patient is bathed from nose to toes (excluding the face) using 2% CHG wipes.ResultsBefore implementation of the above methods, our intensive care unit had an average infection rate of 1.9/1000 CL-days in 2009. Incidence of CLABSIs continued to decrease as the organization implemented the additional products and practices. In the 15 months following implementation, the ICU has been able to consistently maintain a zero CLABSI rate.ConclusionsThe implementation of these changes in practice along with bringing in new products has made it possible to achieve the goal of reaching and maintaining zero infections. Due to the successful results in our intensive care unit, we have implemented these changes to all patient care areas in the hospital for use on all CLs.