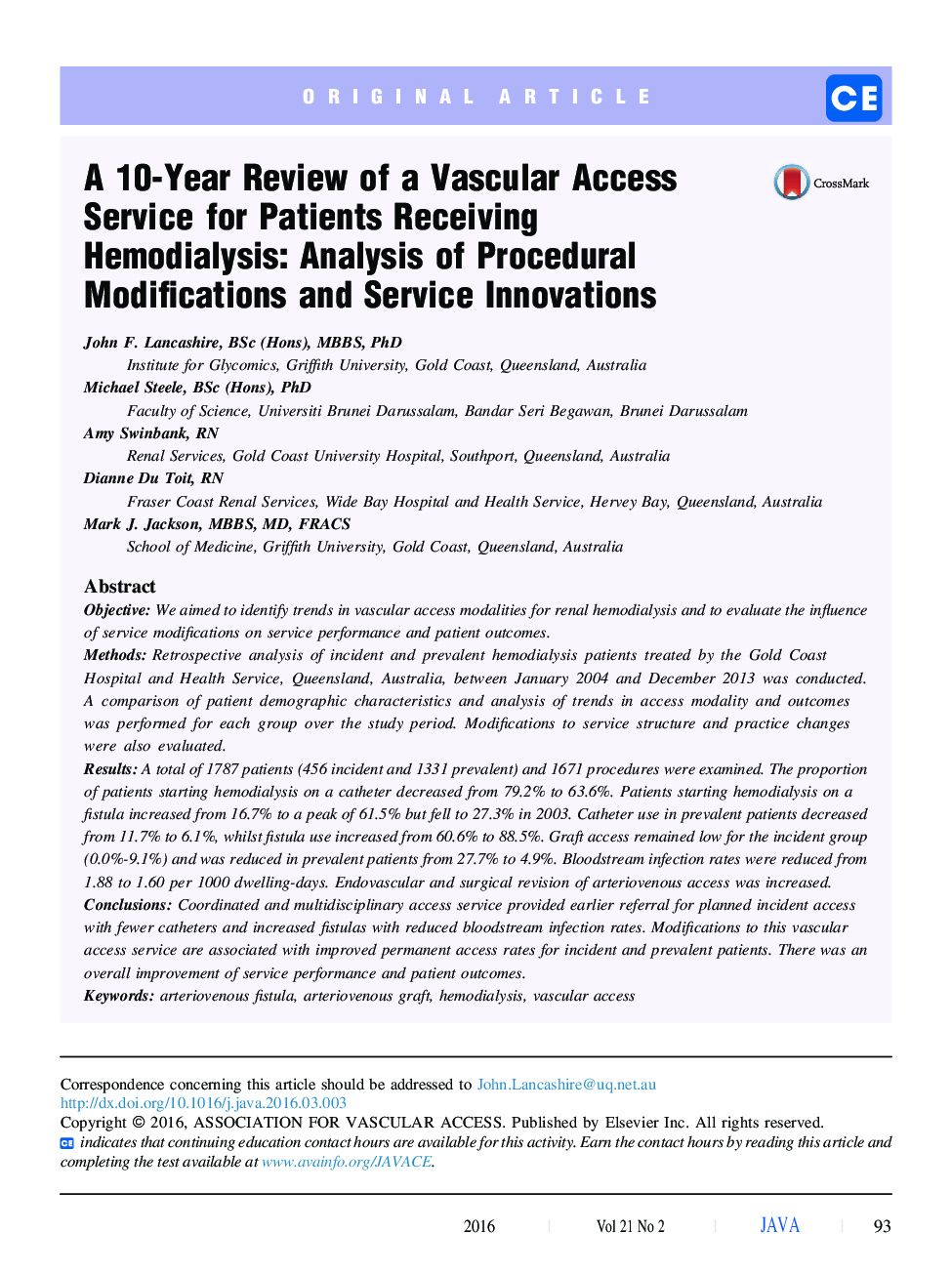 ObjectiveWe aimed to identify trends in vascular access modalities for renal hemodialysis and to evaluate the influence of service modifications on service performance and patient outcomes.MethodsRetrospective analysis of incident and prevalent hemodialysis patients treated by the Gold Coast Hospital and Health Service, Queensland, Australia, between January 2004 and December 2013 was conducted. A comparison of patient demographic characteristics and analysis of trends in access modality and outcomes was performed for each group over the study period. Modifications to service structure and practice changes were also evaluated.ResultsA total of 1787 patients (456 incident and 1331 prevalent) and 1671 procedures were examined. The proportion of patients starting hemodialysis on a catheter decreased from 79.2% to 63.6%. Patients starting hemodialysis on a fistula increased from 16.7% to a peak of 61.5% but fell to 27.3% in 2003. Catheter use in prevalent patients decreased from 11.7% to 6.1%, whilst fistula use increased from 60.6% to 88.5%. Graft access remained low for the incident group (0.0%-9.1%) and was reduced in prevalent patients from 27.7% to 4.9%. Bloodstream infection rates were reduced from 1.88 to 1.60 per 1000 dwelling-days. Endovascular and surgical revision of arteriovenous access was increased.ConclusionsCoordinated and multidisciplinary access service provided earlier referral for planned incident access with fewer catheters and increased fistulas with reduced bloodstream infection rates. Modifications to this vascular access service are associated with improved permanent access rates for incident and prevalent patients. There was an overall improvement of service performance and patient outcomes.