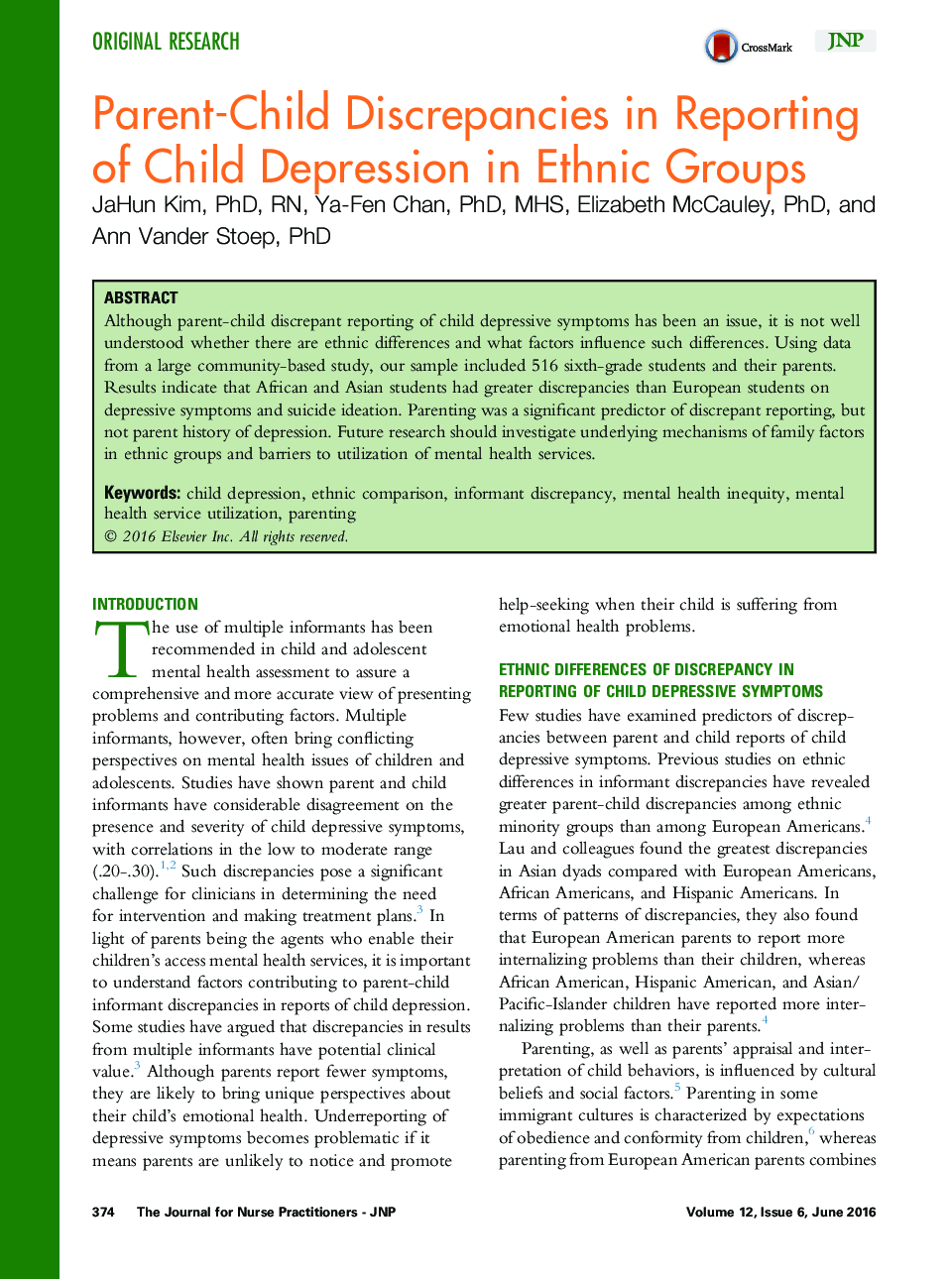 Although parent-child discrepant reporting of child depressive symptoms has been an issue, it is not well understood whether there are ethnic differences and what factors influence such differences. Using data from a large community-based study, our sample included 516 sixth-grade students and their parents. Results indicate that African and Asian students had greater discrepancies than European students on depressive symptoms and suicide ideation. Parenting was a significant predictor of discrepant reporting, but not parent history of depression. Future research should investigate underlying mechanisms of family factors in ethnic groups and barriers to utilization of mental health services.