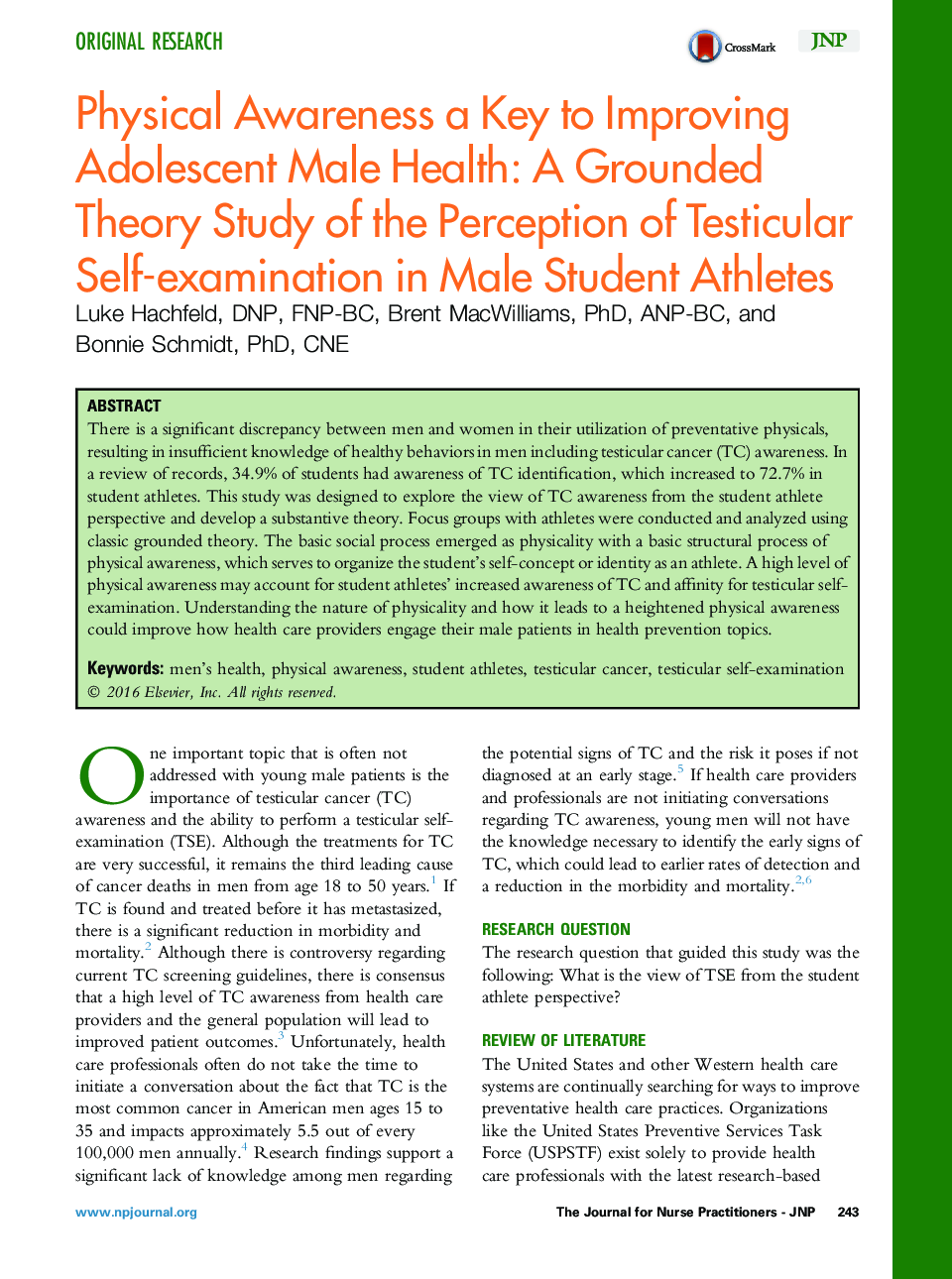 There is a significant discrepancy between men and women in their utilization of preventative physicals, resulting in insufficient knowledge of healthy behaviors in men including testicular cancer (TC) awareness. In a review of records, 34.9% of students had awareness of TC identification, which increased to 72.7% in student athletes. This study was designed to explore the view of TC awareness from the student athlete perspective and develop a substantive theory. Focus groups with athletes were conducted and analyzed using classic grounded theory. The basic social process emerged as physicality with a basic structural process of physical awareness, which serves to organize the student’s self-concept or identity as an athlete. A high level of physical awareness may account for student athletes’ increased awareness of TC and affinity for testicular self-examination. Understanding the nature of physicality and how it leads to a heightened physical awareness could improve how health care providers engage their male patients in health prevention topics.