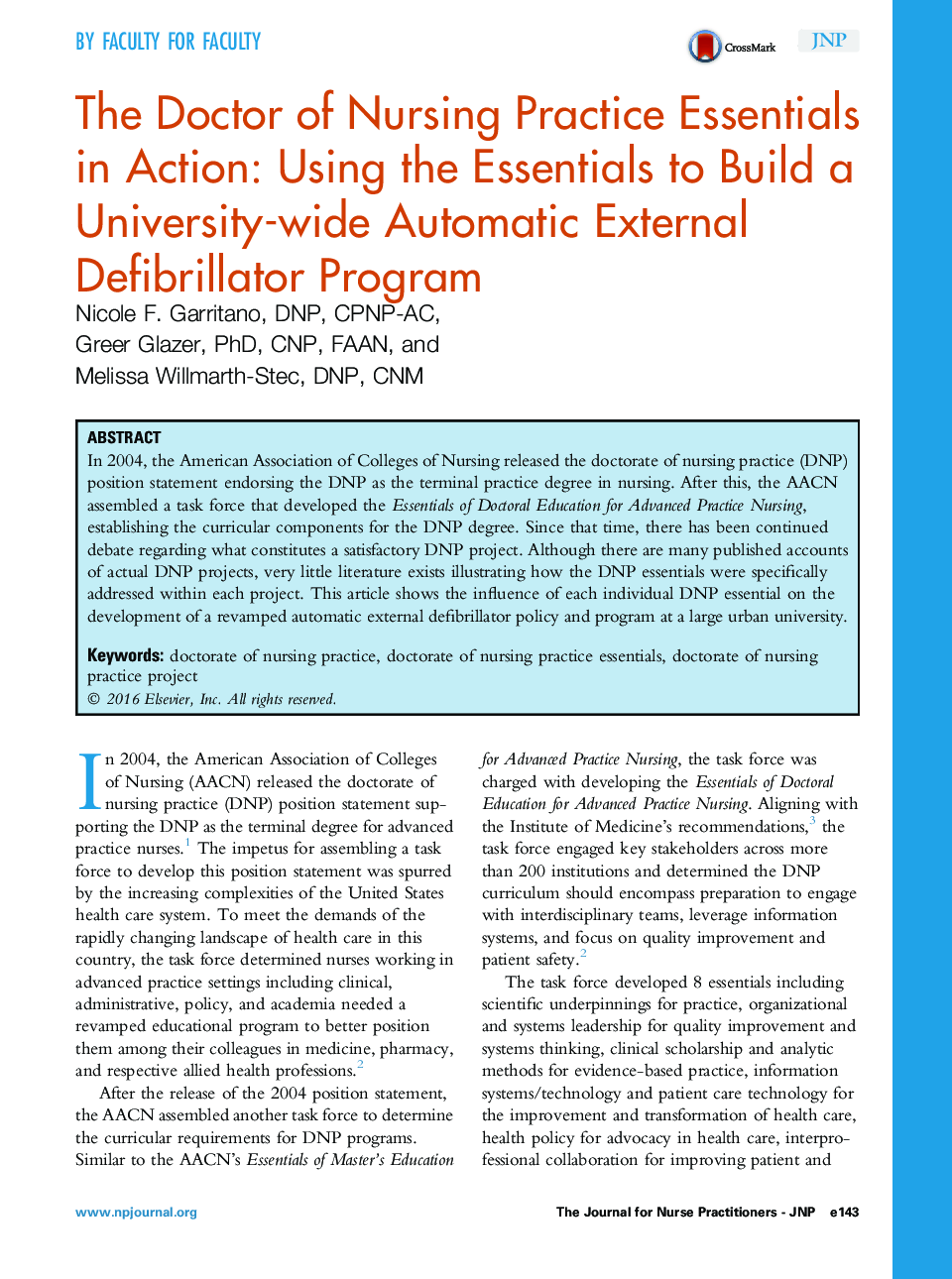 • There is currently no national consensus on the rigor or standards for doctorate of nursing practice (DNP) projects.
• This article outlines a DNP project exemplar to be used as a blueprint for other programs.
• The DNP project demonstrates use of all 8 DNP Essentials as developed by the American Association of Colleges of Nursing.

In 2004, the American Association of Colleges of Nursing released the doctorate of nursing practice (DNP) position statement endorsing the DNP as the terminal practice degree in nursing. After this, the AACN assembled a task force that developed the Essentials of Doctoral Education for Advanced Practice Nursing, establishing the curricular components for the DNP degree. Since that time, there has been continued debate regarding what constitutes a satisfactory DNP project. Although there are many published accounts of actual DNP projects, very little literature exists illustrating how the DNP essentials were specifically addressed within each project. This article shows the influence of each individual DNP essential on the development of a revamped automatic external defibrillator policy and program at a large urban university.