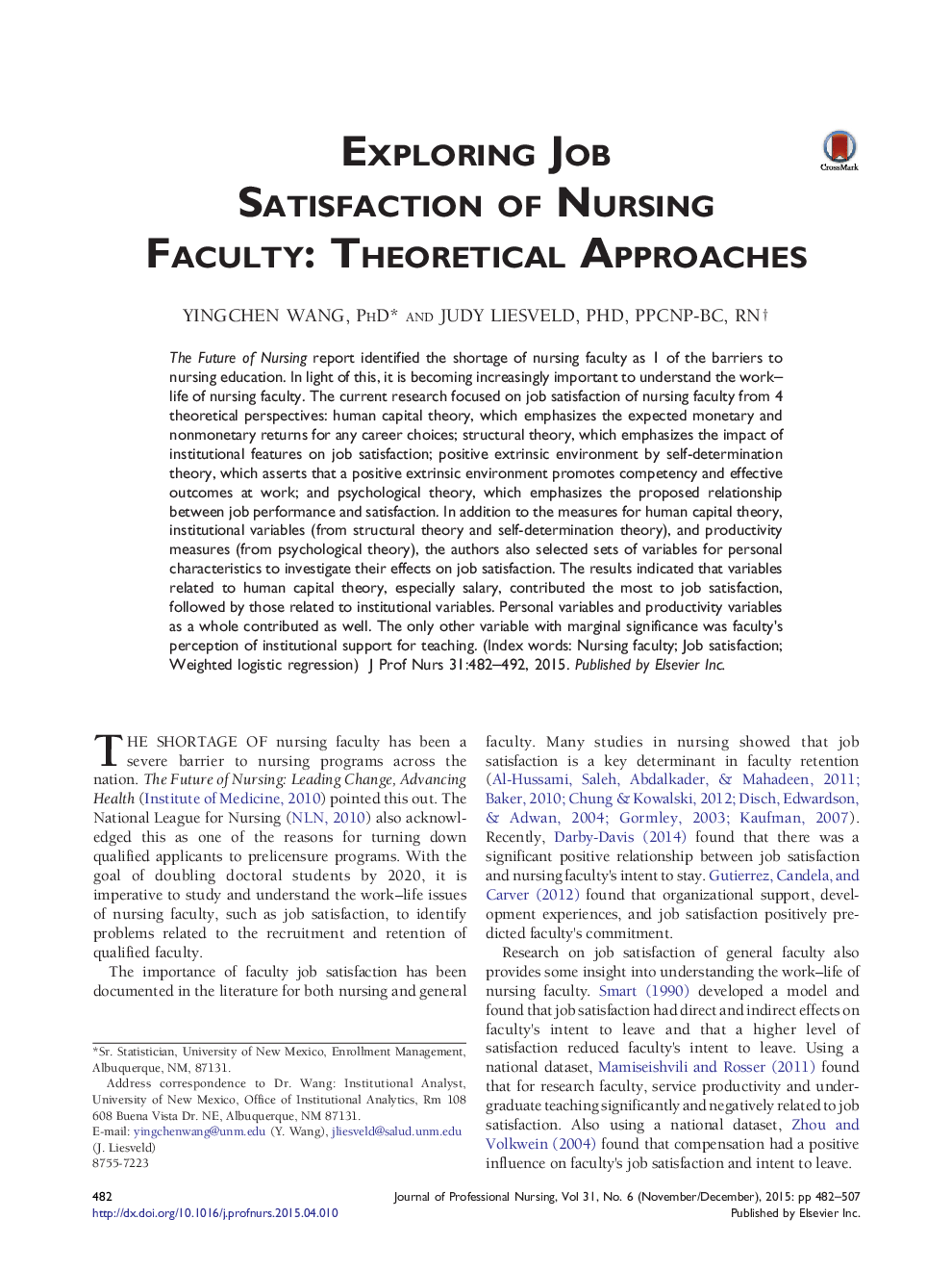 The Future of Nursing report identified the shortage of nursing faculty as 1 of the barriers to nursing education. In light of this, it is becoming increasingly important to understand the work–life of nursing faculty. The current research focused on job satisfaction of nursing faculty from 4 theoretical perspectives: human capital theory, which emphasizes the expected monetary and nonmonetary returns for any career choices; structural theory, which emphasizes the impact of institutional features on job satisfaction; positive extrinsic environment by self-determination theory, which asserts that a positive extrinsic environment promotes competency and effective outcomes at work; and psychological theory, which emphasizes the proposed relationship between job performance and satisfaction. In addition to the measures for human capital theory, institutional variables (from structural theory and self-determination theory), and productivity measures (from psychological theory), the authors also selected sets of variables for personal characteristics to investigate their effects on job satisfaction. The results indicated that variables related to human capital theory, especially salary, contributed the most to job satisfaction, followed by those related to institutional variables. Personal variables and productivity variables as a whole contributed as well. The only other variable with marginal significance was faculty's perception of institutional support for teaching.