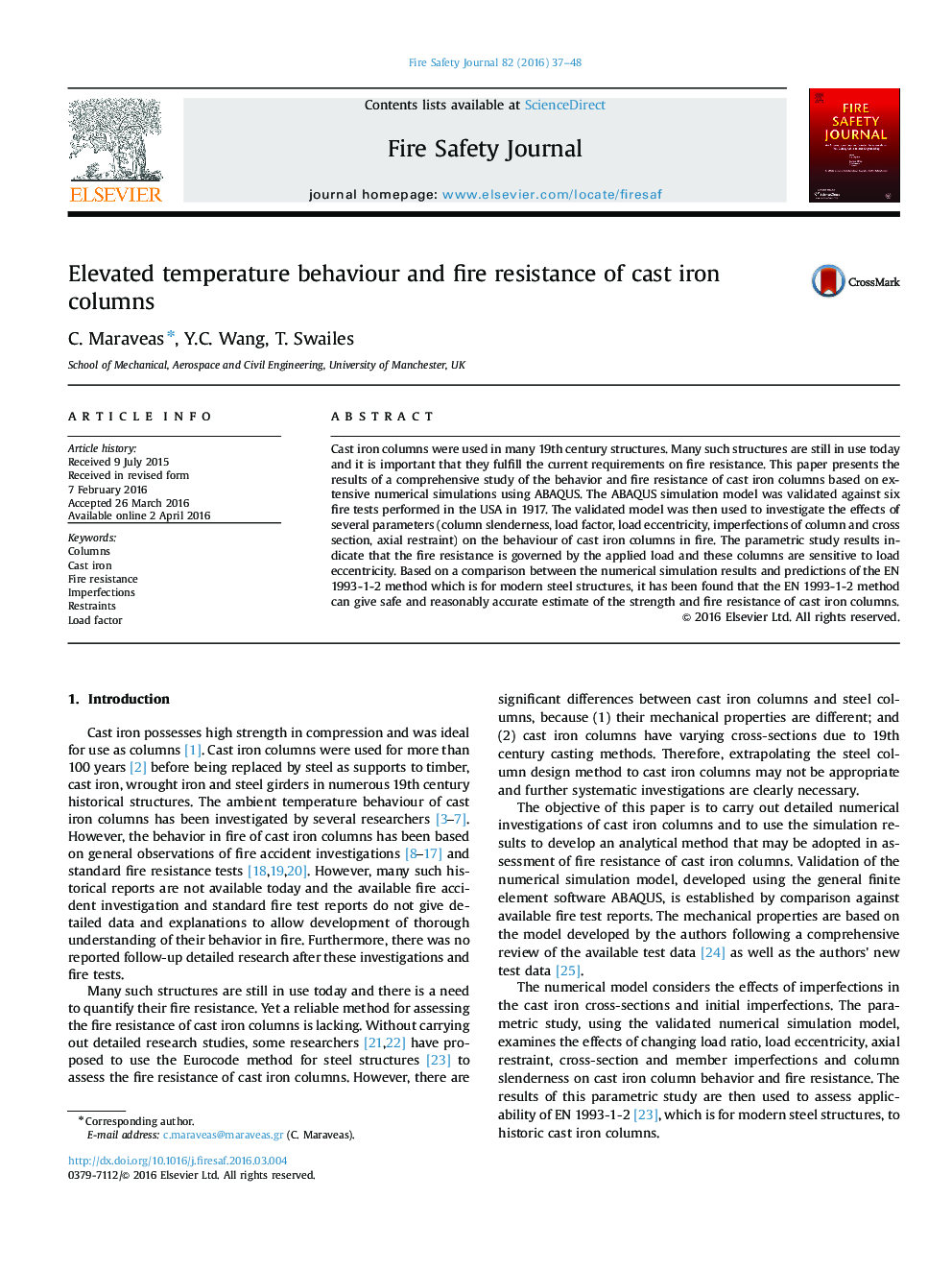 Cast iron columns were used in many 19th century structures. Many such structures are still in use today and it is important that they fulfill the current requirements on fire resistance. This paper presents the results of a comprehensive study of the behavior and fire resistance of cast iron columns based on extensive numerical simulations using ABAQUS. The ABAQUS simulation model was validated against six fire tests performed in the USA in 1917. The validated model was then used to investigate the effects of several parameters (column slenderness, load factor, load eccentricity, imperfections of column and cross section, axial restraint) on the behaviour of cast iron columns in fire. The parametric study results indicate that the fire resistance is governed by the applied load and these columns are sensitive to load eccentricity. Based on a comparison between the numerical simulation results and predictions of the EN 1993-1-2 method which is for modern steel structures, it has been found that the EN 1993-1-2 method can give safe and reasonably accurate estimate of the strength and fire resistance of cast iron columns.