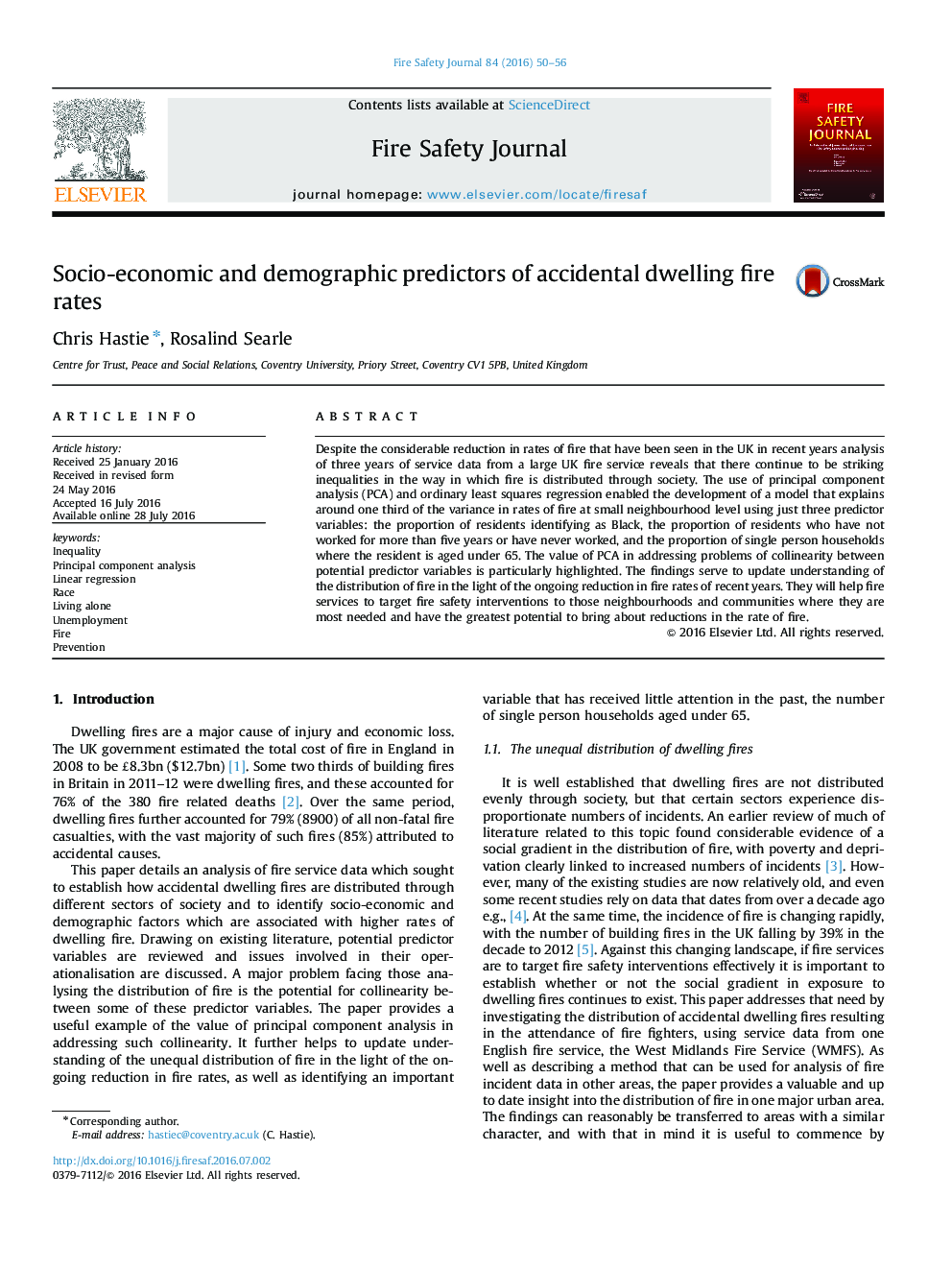 • An analysis of the distribution of dwelling fire in the West Midlands is presented.
• Accidental dwelling fire is not distributed evenly through society.
• Principal component analysis helps mitigate issues of collinearity.
• Three variables explain nearly one third of variance in rates of dwelling fire.

Despite the considerable reduction in rates of fire that have been seen in the UK in recent years analysis of three years of service data from a large UK fire service reveals that there continue to be striking inequalities in the way in which fire is distributed through society. The use of principal component analysis (PCA) and ordinary least squares regression enabled the development of a model that explains around one third of the variance in rates of fire at small neighbourhood level using just three predictor variables: the proportion of residents identifying as Black, the proportion of residents who have not worked for more than five years or have never worked, and the proportion of single person households where the resident is aged under 65. The value of PCA in addressing problems of collinearity between potential predictor variables is particularly highlighted. The findings serve to update understanding of the distribution of fire in the light of the ongoing reduction in fire rates of recent years. They will help fire services to target fire safety interventions to those neighbourhoods and communities where they are most needed and have the greatest potential to bring about reductions in the rate of fire.