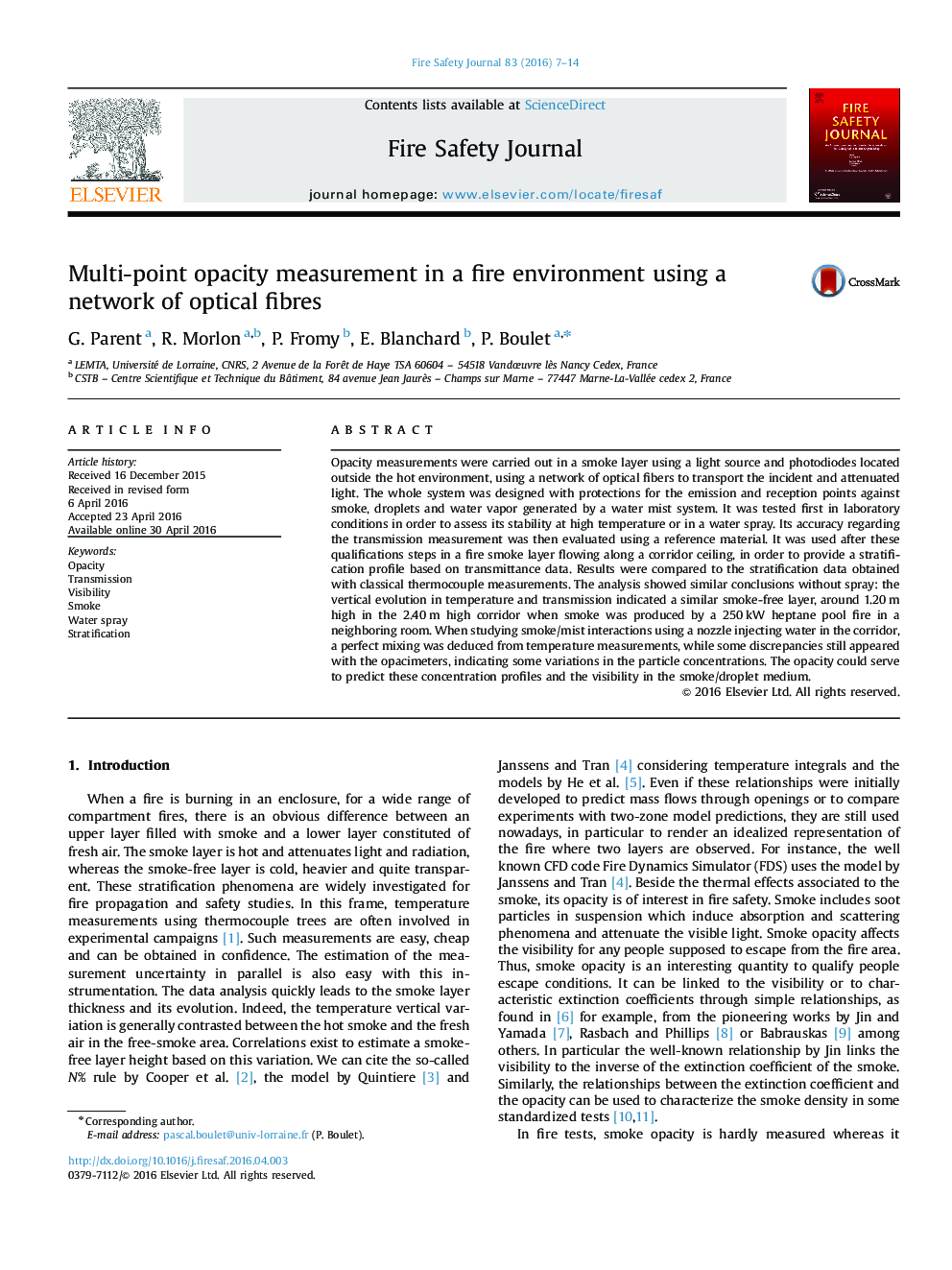 • Opacity and temperature measurements in a smoke layer.
• A specific device with optical fibres was designed.
• Opacity allows characterizing the smoke layer.
• The de-stratification induced by water mist activation was discussed.

Opacity measurements were carried out in a smoke layer using a light source and photodiodes located outside the hot environment, using a network of optical fibers to transport the incident and attenuated light. The whole system was designed with protections for the emission and reception points against smoke, droplets and water vapor generated by a water mist system. It was tested first in laboratory conditions in order to assess its stability at high temperature or in a water spray. Its accuracy regarding the transmission measurement was then evaluated using a reference material. It was used after these qualifications steps in a fire smoke layer flowing along a corridor ceiling, in order to provide a stratification profile based on transmittance data. Results were compared to the stratification data obtained with classical thermocouple measurements. The analysis showed similar conclusions without spray: the vertical evolution in temperature and transmission indicated a similar smoke-free layer, around 1.20 m high in the 2.40 m high corridor when smoke was produced by a 250 kW heptane pool fire in a neighboring room. When studying smoke/mist interactions using a nozzle injecting water in the corridor, a perfect mixing was deduced from temperature measurements, while some discrepancies still appeared with the opacimeters, indicating some variations in the particle concentrations. The opacity could serve to predict these concentration profiles and the visibility in the smoke/droplet medium.