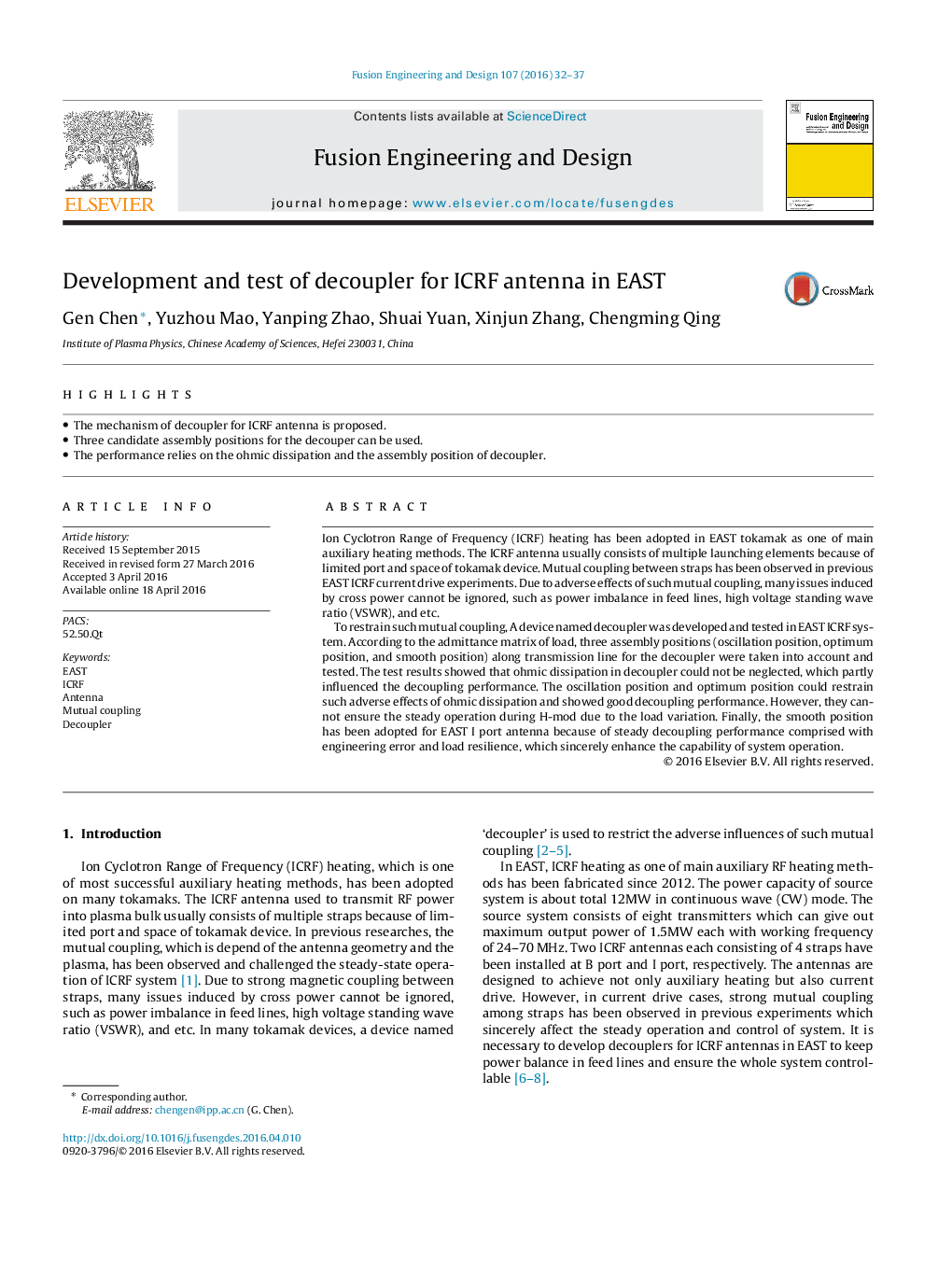 Ion Cyclotron Range of Frequency (ICRF) heating has been adopted in EAST tokamak as one of main auxiliary heating methods. The ICRF antenna usually consists of multiple launching elements because of limited port and space of tokamak device. Mutual coupling between straps has been observed in previous EAST ICRF current drive experiments. Due to adverse effects of such mutual coupling, many issues induced by cross power cannot be ignored, such as power imbalance in feed lines, high voltage standing wave ratio (VSWR), and etc.To restrain such mutual coupling, A device named decoupler was developed and tested in EAST ICRF system. According to the admittance matrix of load, three assembly positions (oscillation position, optimum position, and smooth position) along transmission line for the decoupler were taken into account and tested. The test results showed that ohmic dissipation in decoupler could not be neglected, which partly influenced the decoupling performance. The oscillation position and optimum position could restrain such adverse effects of ohmic dissipation and showed good decoupling performance. However, they cannot ensure the steady operation during H-mod due to the load variation. Finally, the smooth position has been adopted for EAST I port antenna because of steady decoupling performance comprised with engineering error and load resilience, which sincerely enhance the capability of system operation.