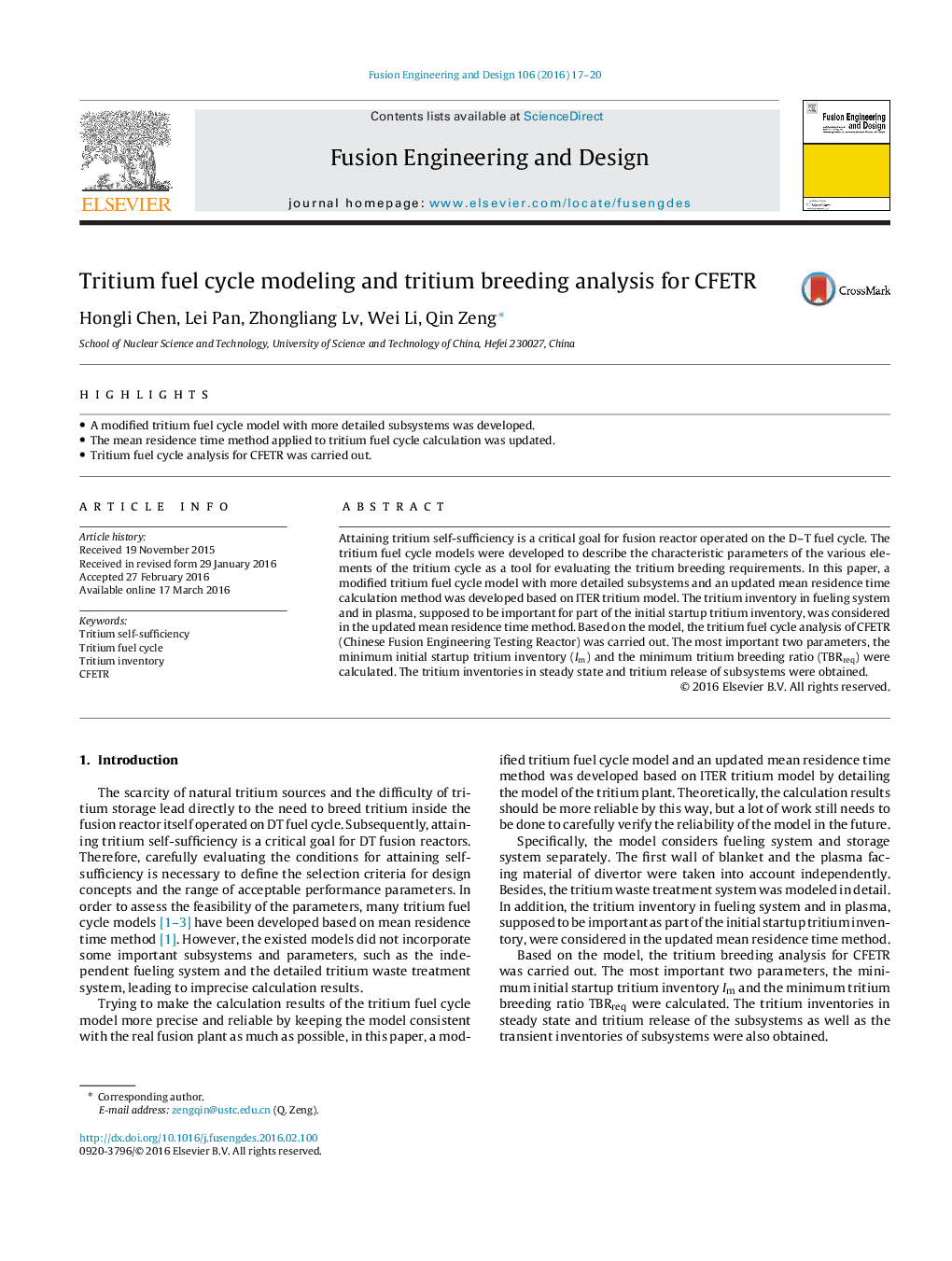 Attaining tritium self-sufficiency is a critical goal for fusion reactor operated on the D–T fuel cycle. The tritium fuel cycle models were developed to describe the characteristic parameters of the various elements of the tritium cycle as a tool for evaluating the tritium breeding requirements. In this paper, a modified tritium fuel cycle model with more detailed subsystems and an updated mean residence time calculation method was developed based on ITER tritium model. The tritium inventory in fueling system and in plasma, supposed to be important for part of the initial startup tritium inventory, was considered in the updated mean residence time method. Based on the model, the tritium fuel cycle analysis of CFETR (Chinese Fusion Engineering Testing Reactor) was carried out. The most important two parameters, the minimum initial startup tritium inventory (Im) and the minimum tritium breeding ratio (TBRreq) were calculated. The tritium inventories in steady state and tritium release of subsystems were obtained.