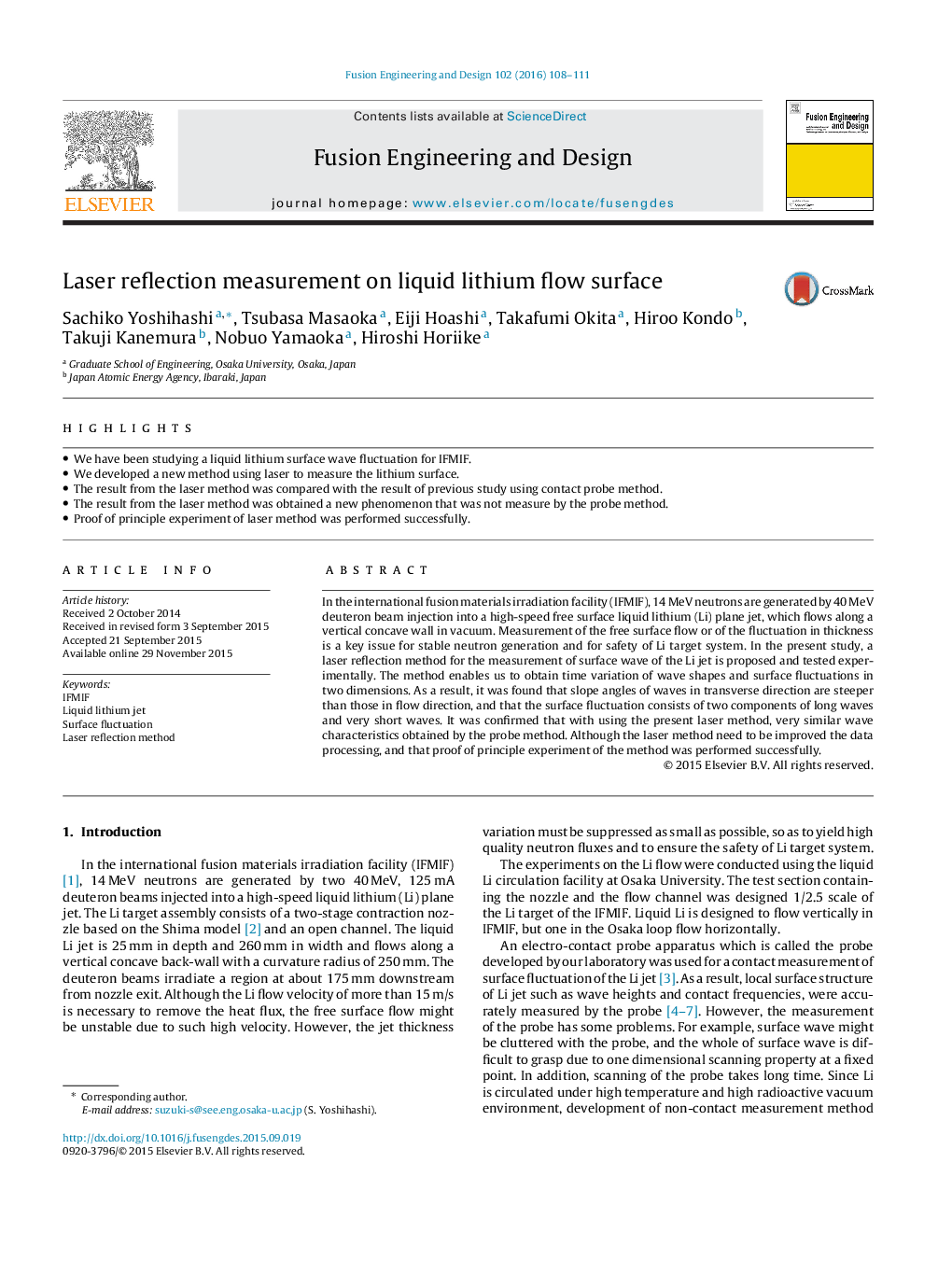 In the international fusion materials irradiation facility (IFMIF), 14 MeV neutrons are generated by 40 MeV deuteron beam injection into a high-speed free surface liquid lithium (Li) plane jet, which flows along a vertical concave wall in vacuum. Measurement of the free surface flow or of the fluctuation in thickness is a key issue for stable neutron generation and for safety of Li target system. In the present study, a laser reflection method for the measurement of surface wave of the Li jet is proposed and tested experimentally. The method enables us to obtain time variation of wave shapes and surface fluctuations in two dimensions. As a result, it was found that slope angles of waves in transverse direction are steeper than those in flow direction, and that the surface fluctuation consists of two components of long waves and very short waves. It was confirmed that with using the present laser method, very similar wave characteristics obtained by the probe method. Although the laser method need to be improved the data processing, and that proof of principle experiment of the method was performed successfully.