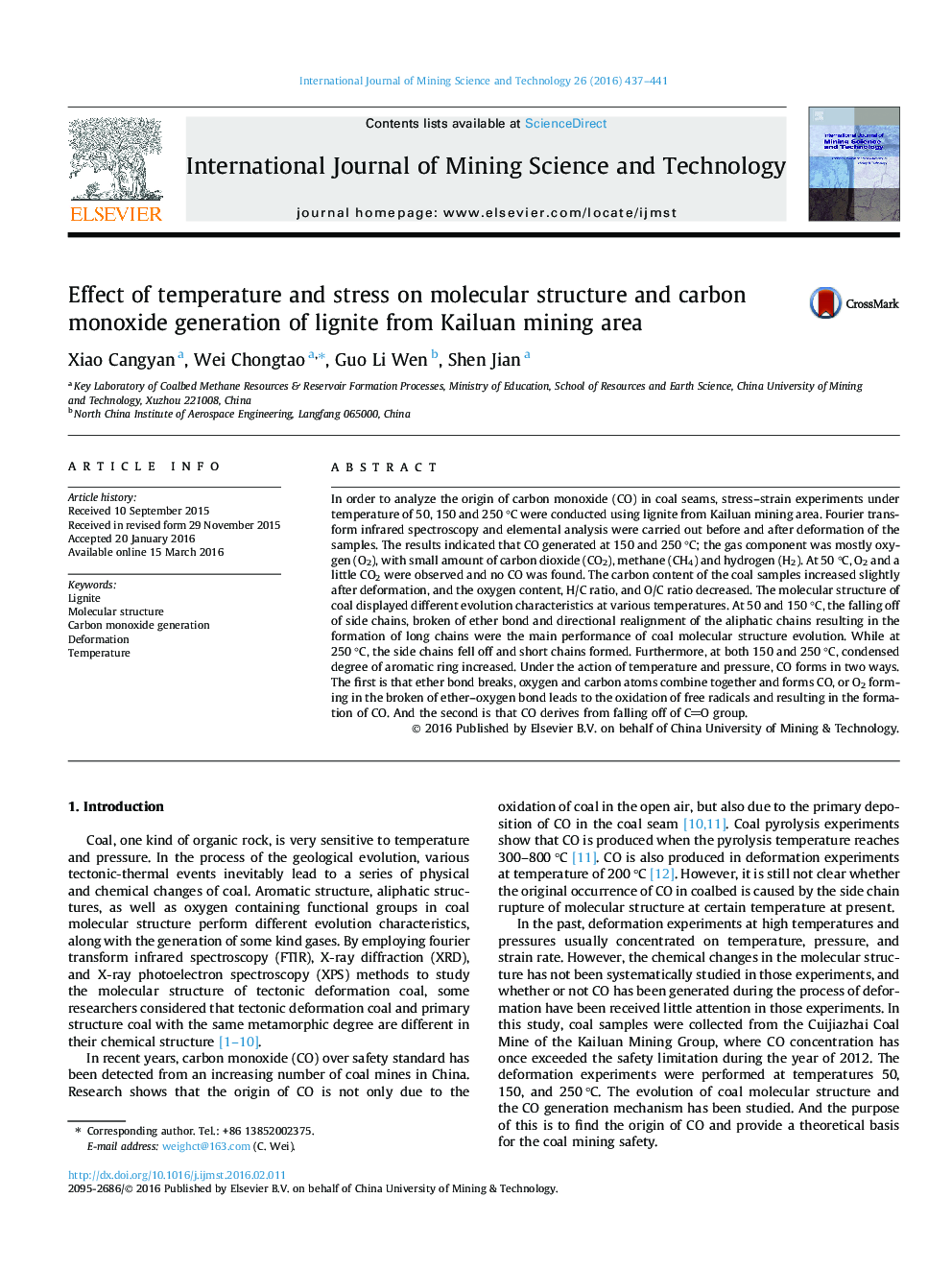 In order to analyze the origin of carbon monoxide (CO) in coal seams, stress–strain experiments under temperature of 50, 150 and 250 °C were conducted using lignite from Kailuan mining area. Fourier transform infrared spectroscopy and elemental analysis were carried out before and after deformation of the samples. The results indicated that CO generated at 150 and 250 °C; the gas component was mostly oxygen (O2), with small amount of carbon dioxide (CO2), methane (CH4) and hydrogen (H2). At 50 °C, O2 and a little CO2 were observed and no CO was found. The carbon content of the coal samples increased slightly after deformation, and the oxygen content, H/C ratio, and O/C ratio decreased. The molecular structure of coal displayed different evolution characteristics at various temperatures. At 50 and 150 °C, the falling off of side chains, broken of ether bond and directional realignment of the aliphatic chains resulting in the formation of long chains were the main performance of coal molecular structure evolution. While at 250 °C, the side chains fell off and short chains formed. Furthermore, at both 150 and 250 °C, condensed degree of aromatic ring increased. Under the action of temperature and pressure, CO forms in two ways. The first is that ether bond breaks, oxygen and carbon atoms combine together and forms CO, or O2 forming in the broken of ether–oxygen bond leads to the oxidation of free radicals and resulting in the formation of CO. And the second is that CO derives from falling off of CO group.