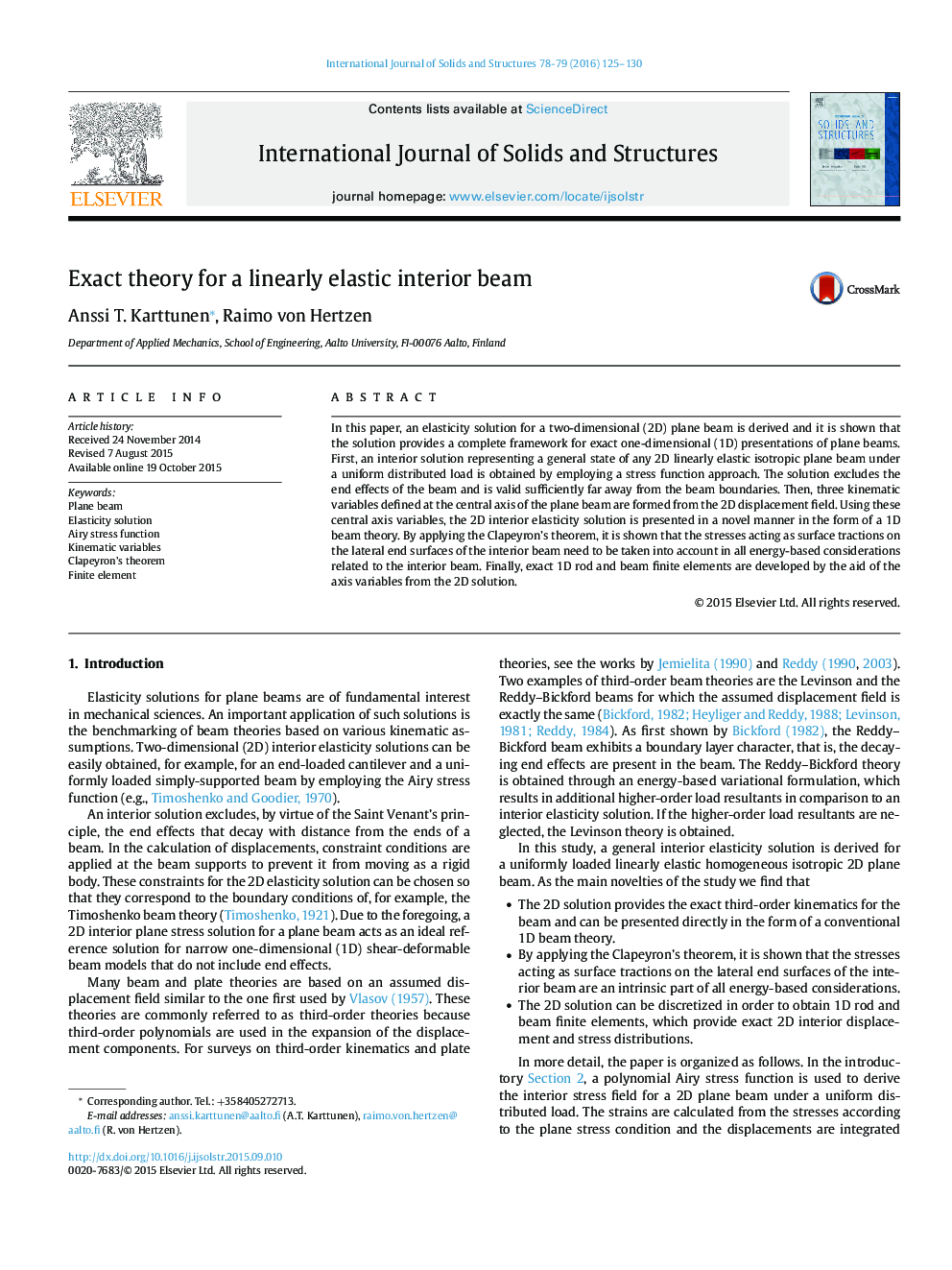 In this paper, an elasticity solution for a two-dimensional (2D) plane beam is derived and it is shown that the solution provides a complete framework for exact one-dimensional (1D) presentations of plane beams. First, an interior solution representing a general state of any 2D linearly elastic isotropic plane beam under a uniform distributed load is obtained by employing a stress function approach. The solution excludes the end effects of the beam and is valid sufficiently far away from the beam boundaries. Then, three kinematic variables defined at the central axis of the plane beam are formed from the 2D displacement field. Using these central axis variables, the 2D interior elasticity solution is presented in a novel manner in the form of a 1D beam theory. By applying the Clapeyron’s theorem, it is shown that the stresses acting as surface tractions on the lateral end surfaces of the interior beam need to be taken into account in all energy-based considerations related to the interior beam. Finally, exact 1D rod and beam finite elements are developed by the aid of the axis variables from the 2D solution.