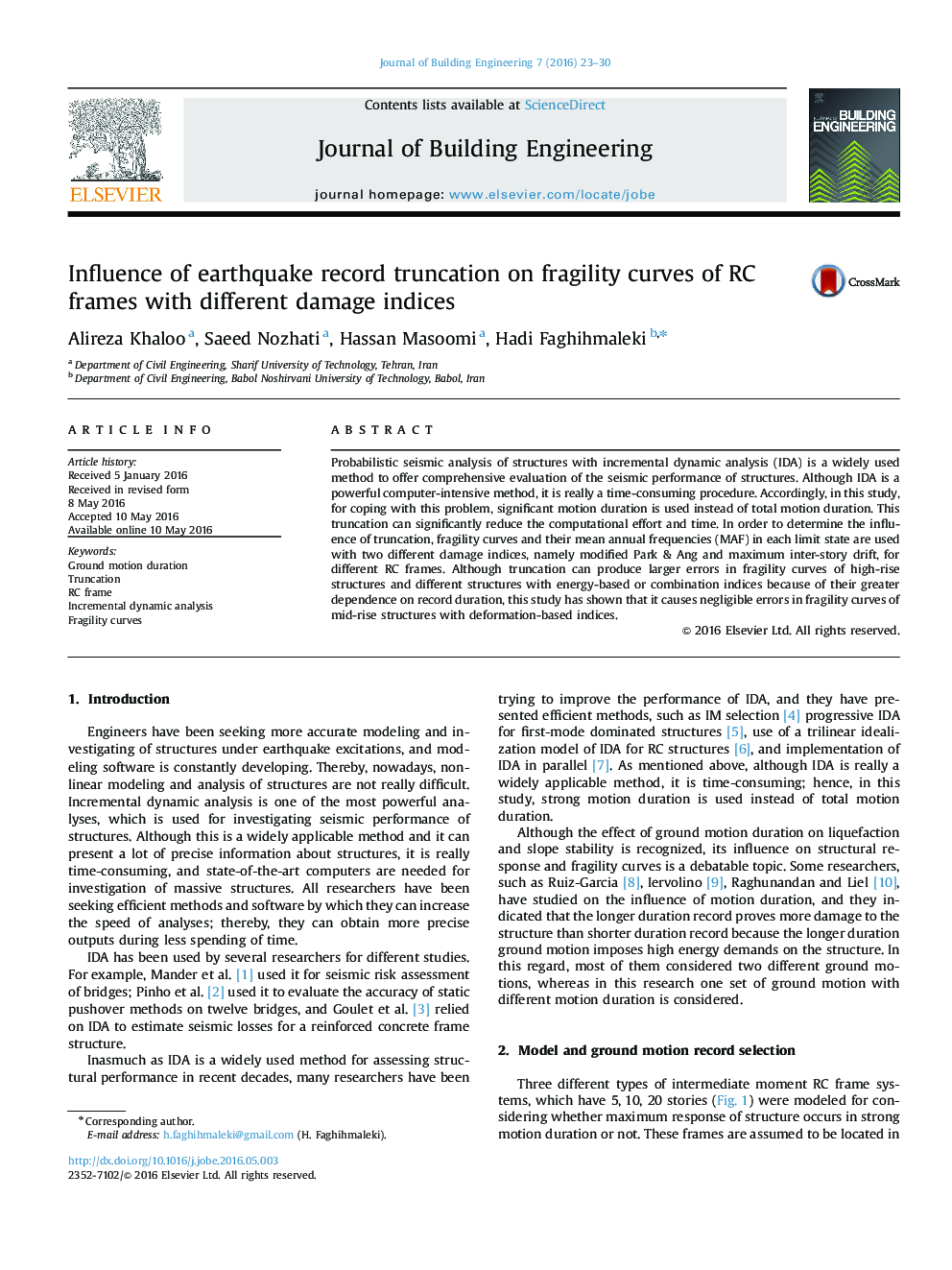 Probabilistic seismic analysis of structures with incremental dynamic analysis (IDA) is a widely used method to offer comprehensive evaluation of the seismic performance of structures. Although IDA is a powerful computer-intensive method, it is really a time-consuming procedure. Accordingly, in this study, for coping with this problem, significant motion duration is used instead of total motion duration. This truncation can significantly reduce the computational effort and time. In order to determine the influence of truncation, fragility curves and their mean annual frequencies (MAF) in each limit state are used with two different damage indices, namely modified Park & Ang and maximum inter-story drift, for different RC frames. Although truncation can produce larger errors in fragility curves of high-rise structures and different structures with energy-based or combination indices because of their greater dependence on record duration, this study has shown that it causes negligible errors in fragility curves of mid-rise structures with deformation-based indices.