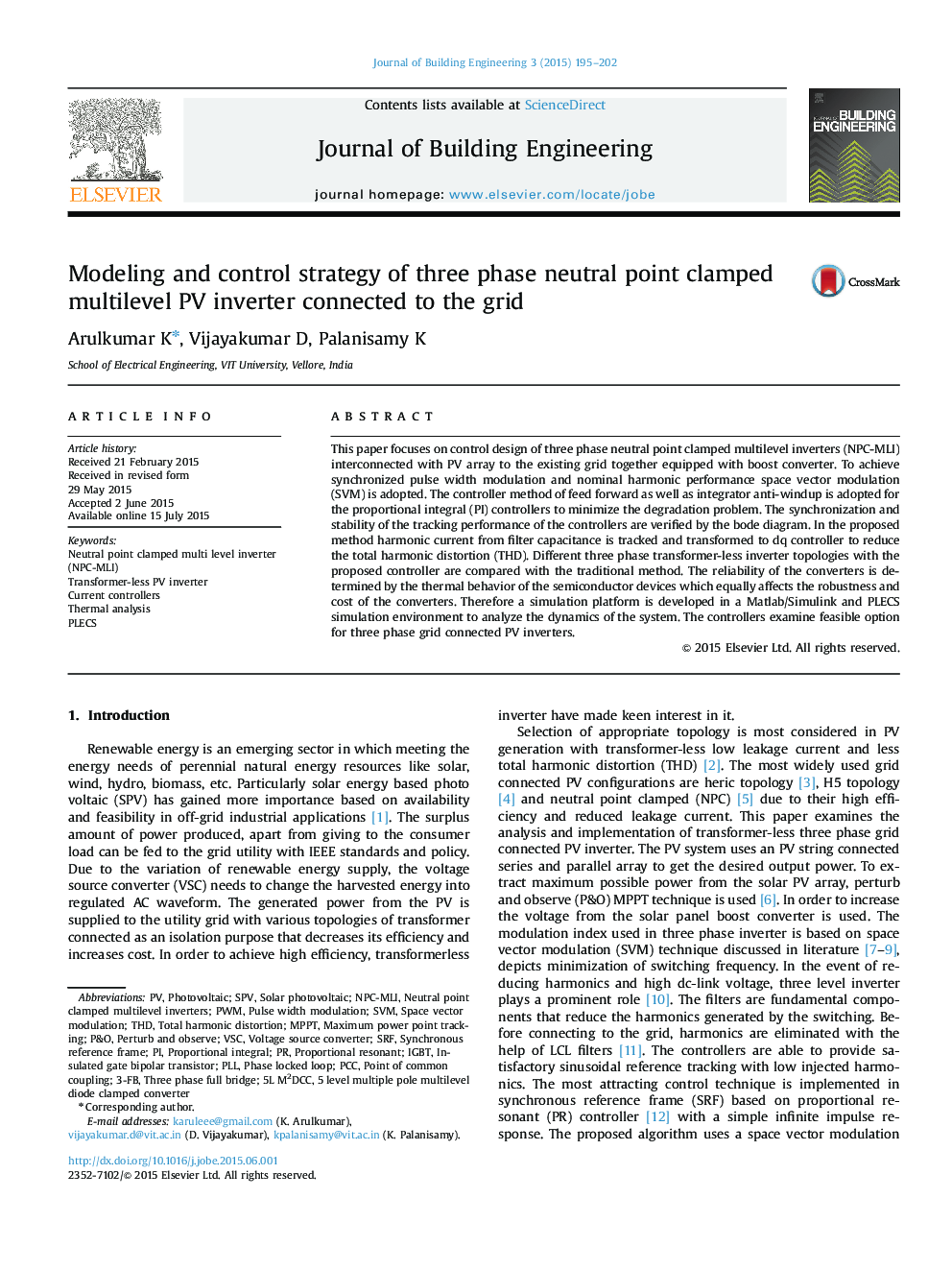 • We model transformer-less NPC-MLI interconnected with PV array to grid.
• Harmonic current tracked from filter to reduce THD with active controller.
• The stability of the PR controller is examined in bode diagram.
• Synchronization technique is accurately analyzed.
• Thermal behavior of switches is measured in power loss.

This paper focuses on control design of three phase neutral point clamped multilevel inverters (NPC-MLI) interconnected with PV array to the existing grid together equipped with boost converter. To achieve synchronized pulse width modulation and nominal harmonic performance space vector modulation (SVM) is adopted. The controller method of feed forward as well as integrator anti-windup is adopted for the proportional integral (PI) controllers to minimize the degradation problem. The synchronization and stability of the tracking performance of the controllers are verified by the bode diagram. In the proposed method harmonic current from filter capacitance is tracked and transformed to dq controller to reduce the total harmonic distortion (THD). Different three phase transformer-less inverter topologies with the proposed controller are compared with the traditional method. The reliability of the converters is determined by the thermal behavior of the semiconductor devices which equally affects the robustness and cost of the converters. Therefore a simulation platform is developed in a Matlab/Simulink and PLECS simulation environment to analyze the dynamics of the system. The controllers examine feasible option for three phase grid connected PV inverters.