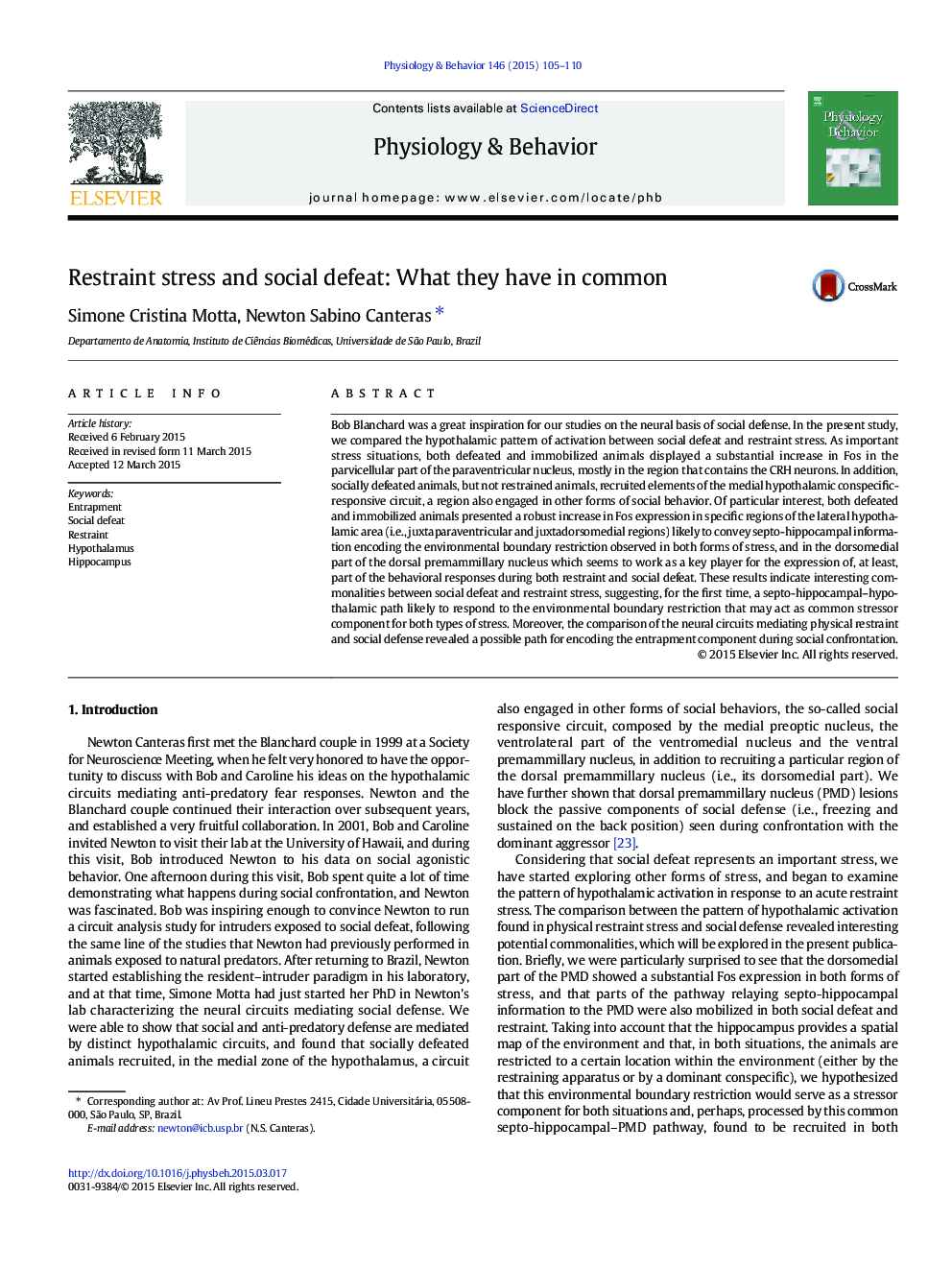 Bob Blanchard was a great inspiration for our studies on the neural basis of social defense. In the present study, we compared the hypothalamic pattern of activation between social defeat and restraint stress. As important stress situations, both defeated and immobilized animals displayed a substantial increase in Fos in the parvicellular part of the paraventricular nucleus, mostly in the region that contains the CRH neurons. In addition, socially defeated animals, but not restrained animals, recruited elements of the medial hypothalamic conspecific-responsive circuit, a region also engaged in other forms of social behavior. Of particular interest, both defeated and immobilized animals presented a robust increase in Fos expression in specific regions of the lateral hypothalamic area (i.e., juxtaparaventricular and juxtadorsomedial regions) likely to convey septo-hippocampal information encoding the environmental boundary restriction observed in both forms of stress, and in the dorsomedial part of the dorsal premammillary nucleus which seems to work as a key player for the expression of, at least, part of the behavioral responses during both restraint and social defeat. These results indicate interesting commonalities between social defeat and restraint stress, suggesting, for the first time, a septo-hippocampal–hypothalamic path likely to respond to the environmental boundary restriction that may act as common stressor component for both types of stress. Moreover, the comparison of the neural circuits mediating physical restraint and social defense revealed a possible path for encoding the entrapment component during social confrontation.