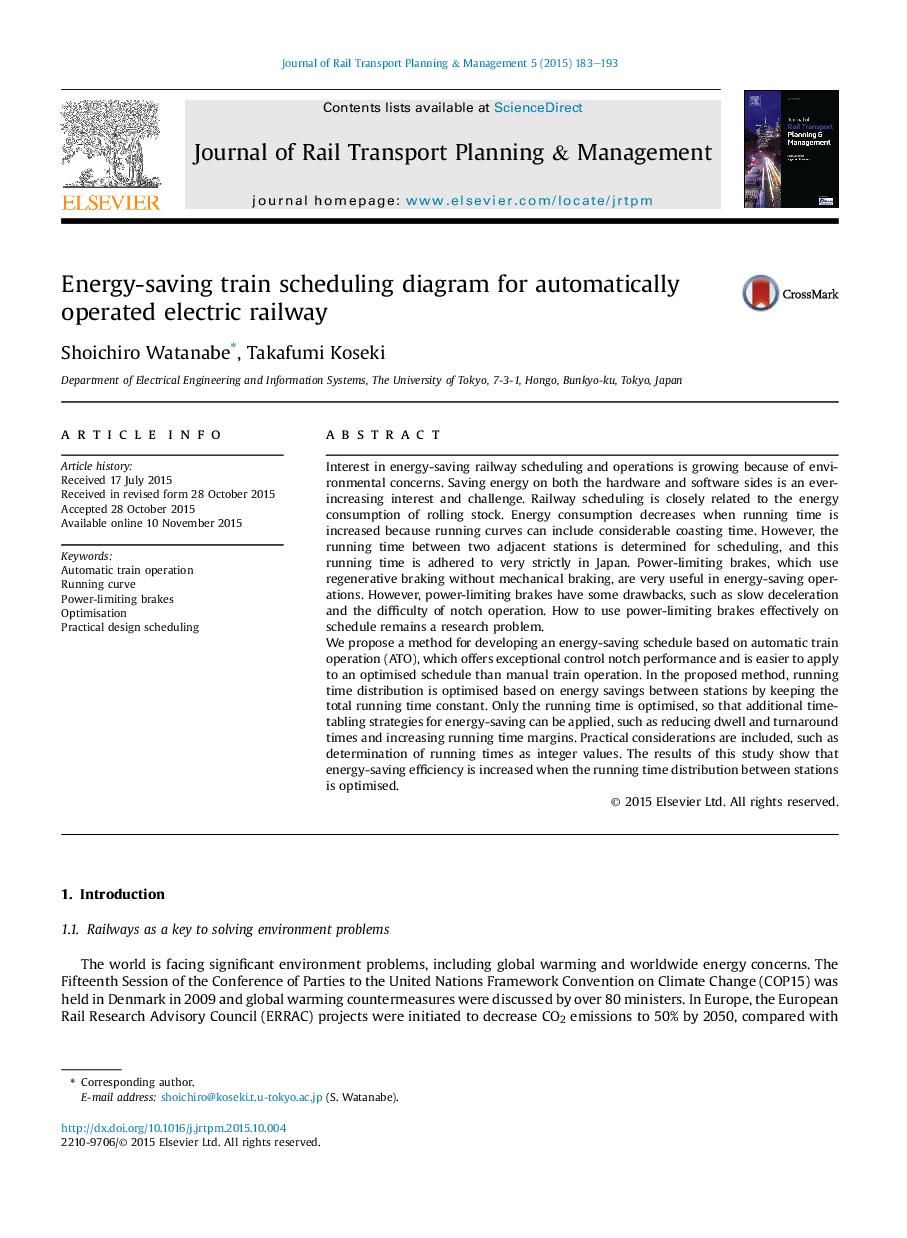 • Energy-saving schedule based on automatic train operation is proposed.
• Running time distribution is optimised by keeping the total running time constant.
• Practical considerations are included, such as determination of running times.
• The energy was consequently saved by 1.9% in total efficiency.

Interest in energy-saving railway scheduling and operations is growing because of environmental concerns. Saving energy on both the hardware and software sides is an ever-increasing interest and challenge. Railway scheduling is closely related to the energy consumption of rolling stock. Energy consumption decreases when running time is increased because running curves can include considerable coasting time. However, the running time between two adjacent stations is determined for scheduling, and this running time is adhered to very strictly in Japan. Power-limiting brakes, which use regenerative braking without mechanical braking, are very useful in energy-saving operations. However, power-limiting brakes have some drawbacks, such as slow deceleration and the difficulty of notch operation. How to use power-limiting brakes effectively on schedule remains a research problem.We propose a method for developing an energy-saving schedule based on automatic train operation (ATO), which offers exceptional control notch performance and is easier to apply to an optimised schedule than manual train operation. In the proposed method, running time distribution is optimised based on energy savings between stations by keeping the total running time constant. Only the running time is optimised, so that additional timetabling strategies for energy-saving can be applied, such as reducing dwell and turnaround times and increasing running time margins. Practical considerations are included, such as determination of running times as integer values. The results of this study show that energy-saving efficiency is increased when the running time distribution between stations is optimised.