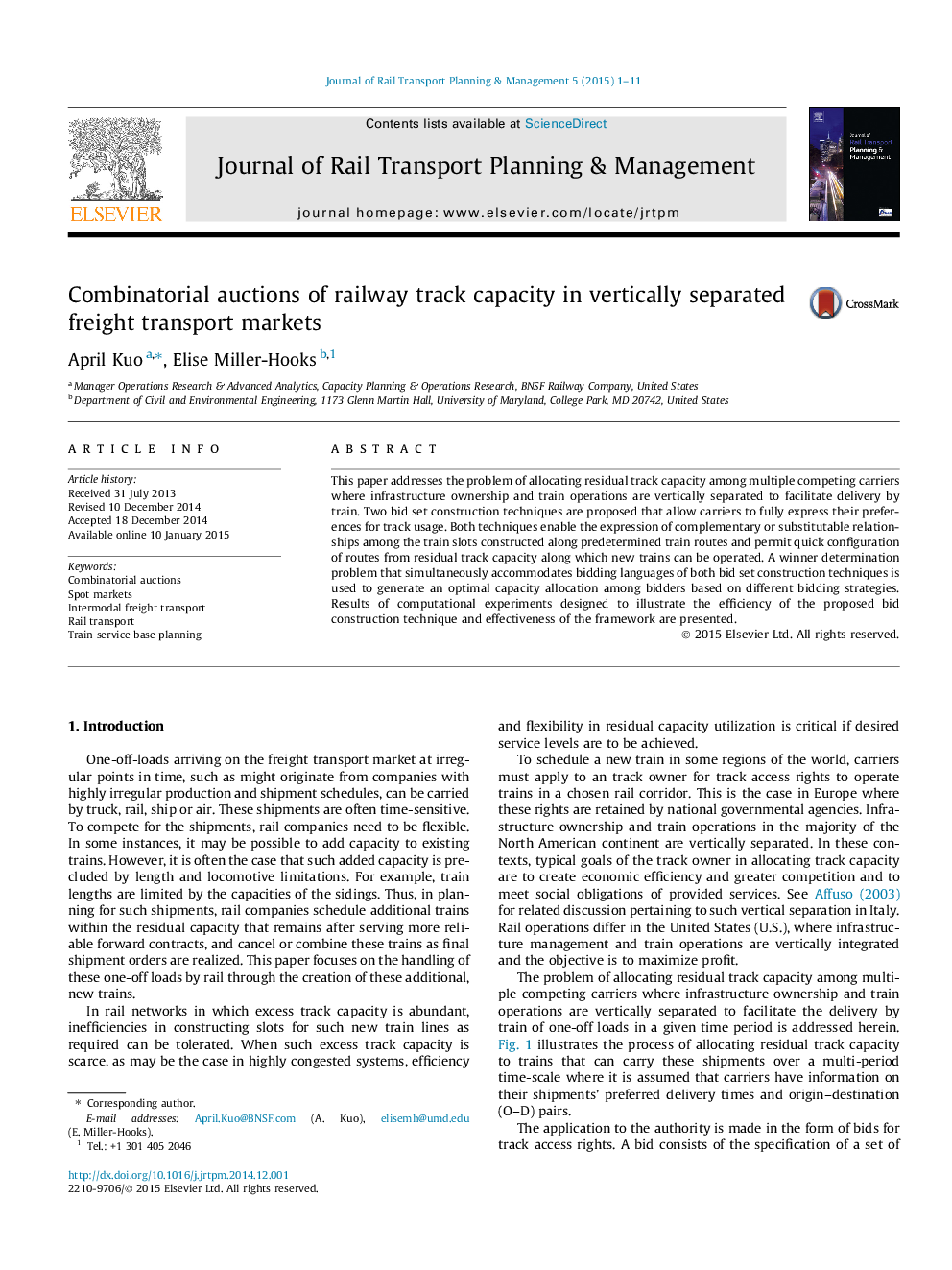 This paper addresses the problem of allocating residual track capacity among multiple competing carriers where infrastructure ownership and train operations are vertically separated to facilitate delivery by train. Two bid set construction techniques are proposed that allow carriers to fully express their preferences for track usage. Both techniques enable the expression of complementary or substitutable relationships among the train slots constructed along predetermined train routes and permit quick configuration of routes from residual track capacity along which new trains can be operated. A winner determination problem that simultaneously accommodates bidding languages of both bid set construction techniques is used to generate an optimal capacity allocation among bidders based on different bidding strategies. Results of computational experiments designed to illustrate the efficiency of the proposed bid construction technique and effectiveness of the framework are presented.