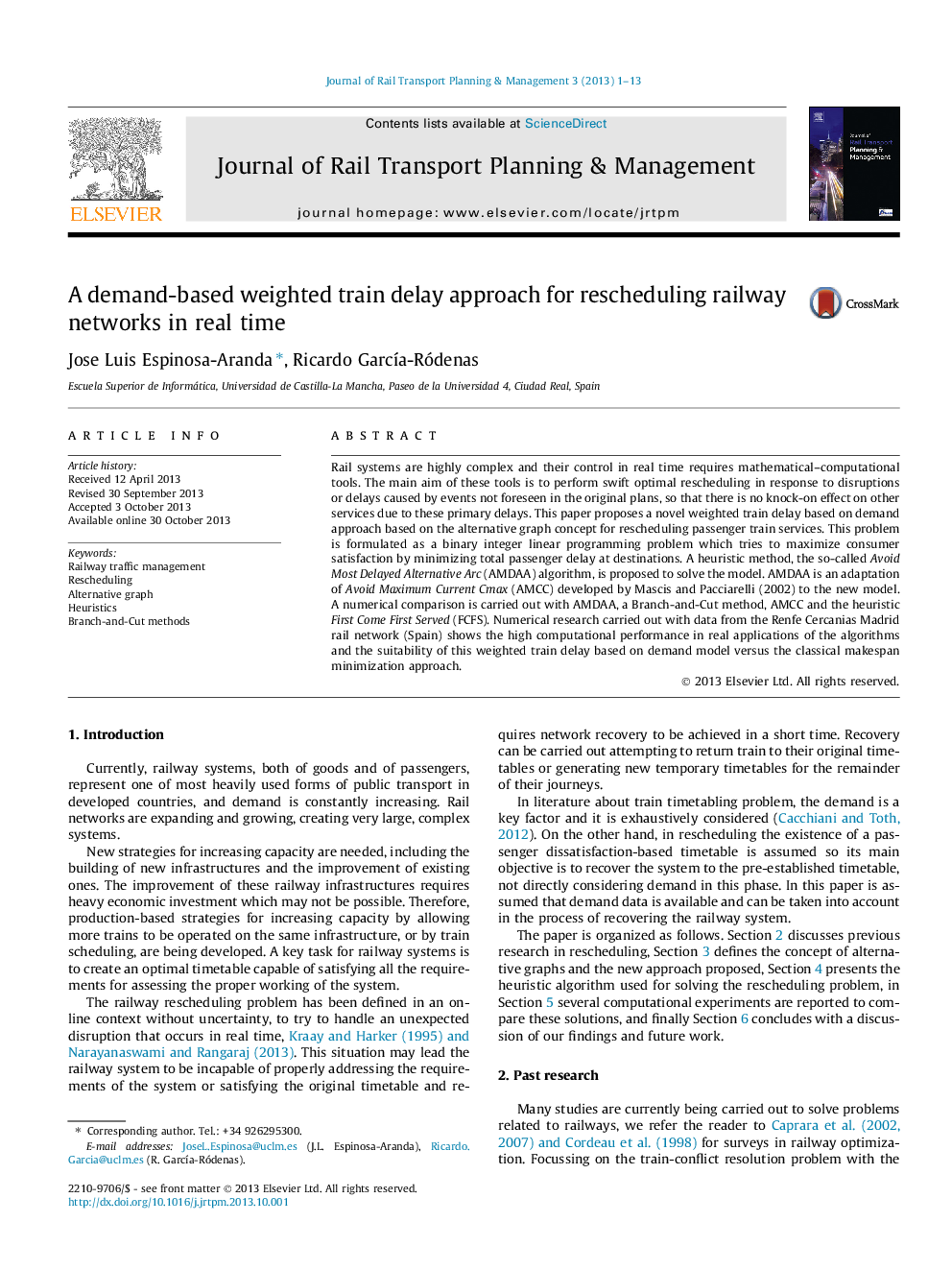 • The classical formulation based on makespan minimization is discussed.
• A mixed integer linear programming based on customer satisfaction is proposed.
• The algorithm AMDAA which is an adaptation of AMCC is developed.
• A numerical comparison has been carried out on a real problem.

Rail systems are highly complex and their control in real time requires mathematical–computational tools. The main aim of these tools is to perform swift optimal rescheduling in response to disruptions or delays caused by events not foreseen in the original plans, so that there is no knock-on effect on other services due to these primary delays. This paper proposes a novel weighted train delay based on demand approach based on the alternative graph concept for rescheduling passenger train services. This problem is formulated as a binary integer linear programming problem which tries to maximize consumer satisfaction by minimizing total passenger delay at destinations. A heuristic method, the so-called Avoid Most Delayed Alternative Arc (AMDAA) algorithm, is proposed to solve the model. AMDAA is an adaptation of Avoid Maximum Current Cmax (AMCC) developed by Mascis and Pacciarelli (2002) to the new model. A numerical comparison is carried out with AMDAA, a Branch-and-Cut method, AMCC and the heuristic First Come First Served (FCFS). Numerical research carried out with data from the Renfe Cercanias Madrid rail network (Spain) shows the high computational performance in real applications of the algorithms and the suitability of this weighted train delay based on demand model versus the classical makespan minimization approach.