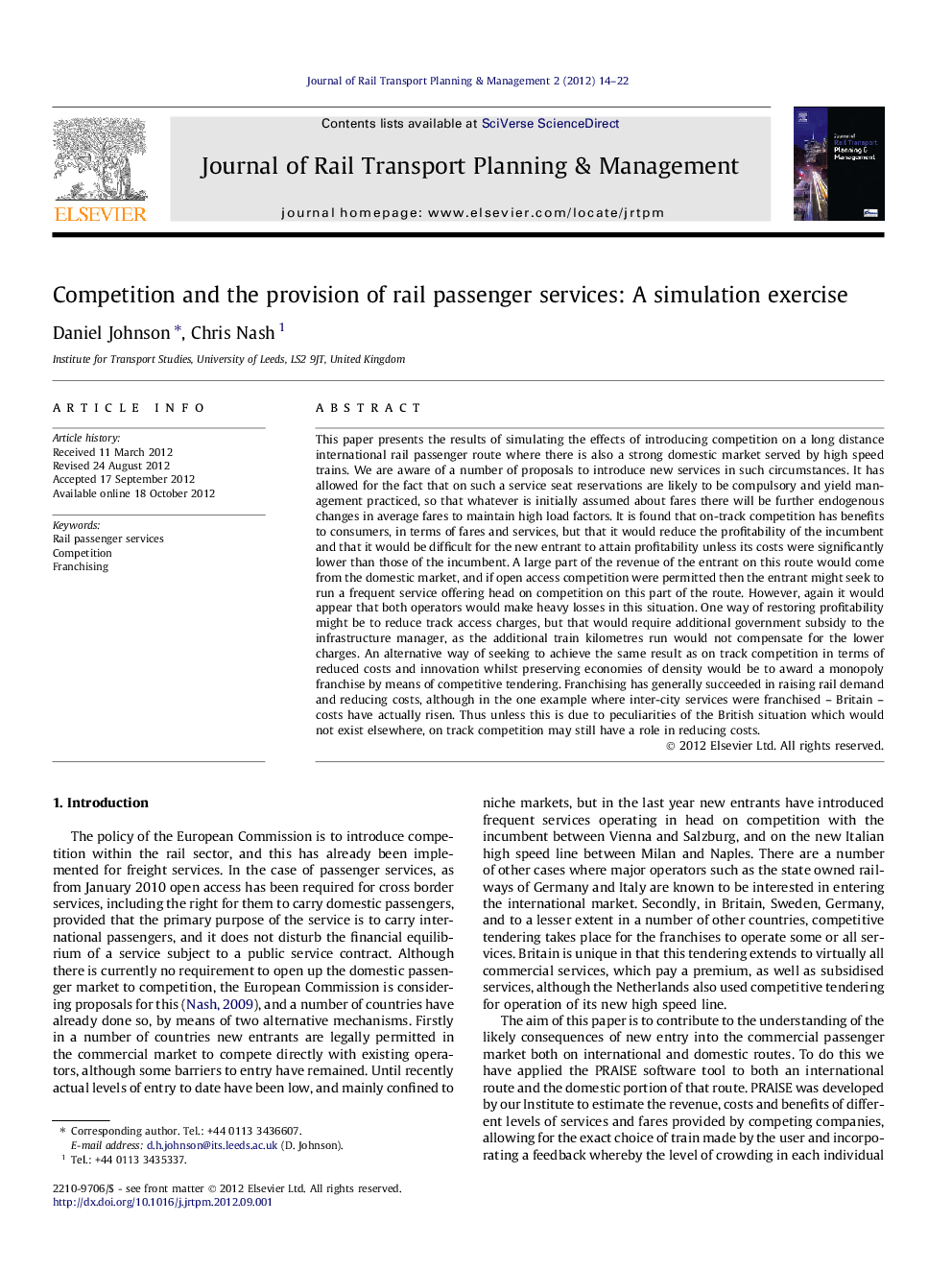 This paper presents the results of simulating the effects of introducing competition on a long distance international rail passenger route where there is also a strong domestic market served by high speed trains. We are aware of a number of proposals to introduce new services in such circumstances. It has allowed for the fact that on such a service seat reservations are likely to be compulsory and yield management practiced, so that whatever is initially assumed about fares there will be further endogenous changes in average fares to maintain high load factors. It is found that on-track competition has benefits to consumers, in terms of fares and services, but that it would reduce the profitability of the incumbent and that it would be difficult for the new entrant to attain profitability unless its costs were significantly lower than those of the incumbent. A large part of the revenue of the entrant on this route would come from the domestic market, and if open access competition were permitted then the entrant might seek to run a frequent service offering head on competition on this part of the route. However, again it would appear that both operators would make heavy losses in this situation. One way of restoring profitability might be to reduce track access charges, but that would require additional government subsidy to the infrastructure manager, as the additional train kilometres run would not compensate for the lower charges. An alternative way of seeking to achieve the same result as on track competition in terms of reduced costs and innovation whilst preserving economies of density would be to award a monopoly franchise by means of competitive tendering. Franchising has generally succeeded in raising rail demand and reducing costs, although in the one example where inter-city services were franchised – Britain – costs have actually risen. Thus unless this is due to peculiarities of the British situation which would not exist elsewhere, on track competition may still have a role in reducing costs.

► We simulate the effects of competition on an international rail passenger route.
► We incorporate the underlying yield management system into the modelling.
► It would be difficult for the entrant to attain profitability.
► A large part of the entrant’s revenue would come from the domestic market.
► We suggest franchising as a way of reducing costs and raising demand.