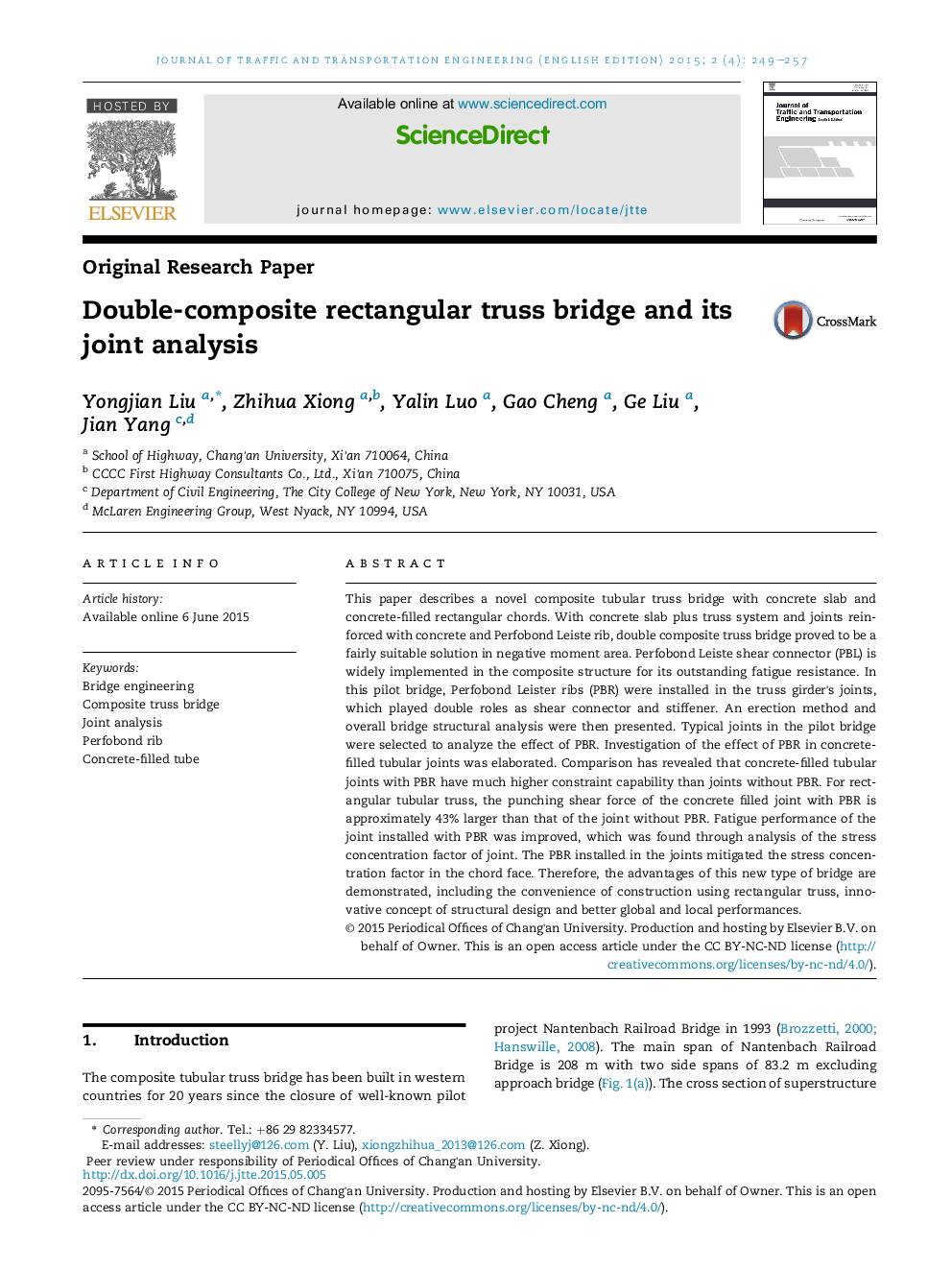 This paper describes a novel composite tubular truss bridge with concrete slab and concrete-filled rectangular chords. With concrete slab plus truss system and joints reinforced with concrete and Perfobond Leiste rib, double composite truss bridge proved to be a fairly suitable solution in negative moment area. Perfobond Leiste shear connector (PBL) is widely implemented in the composite structure for its outstanding fatigue resistance. In this pilot bridge, Perfobond Leister ribs (PBR) were installed in the truss girder's joints, which played double roles as shear connector and stiffener. An erection method and overall bridge structural analysis were then presented. Typical joints in the pilot bridge were selected to analyze the effect of PBR. Investigation of the effect of PBR in concrete-filled tubular joints was elaborated. Comparison has revealed that concrete-filled tubular joints with PBR have much higher constraint capability than joints without PBR. For rectangular tubular truss, the punching shear force of the concrete filled joint with PBR is approximately 43% larger than that of the joint without PBR. Fatigue performance of the joint installed with PBR was improved, which was found through analysis of the stress concentration factor of joint. The PBR installed in the joints mitigated the stress concentration factor in the chord face. Therefore, the advantages of this new type of bridge are demonstrated, including the convenience of construction using rectangular truss, innovative concept of structural design and better global and local performances.