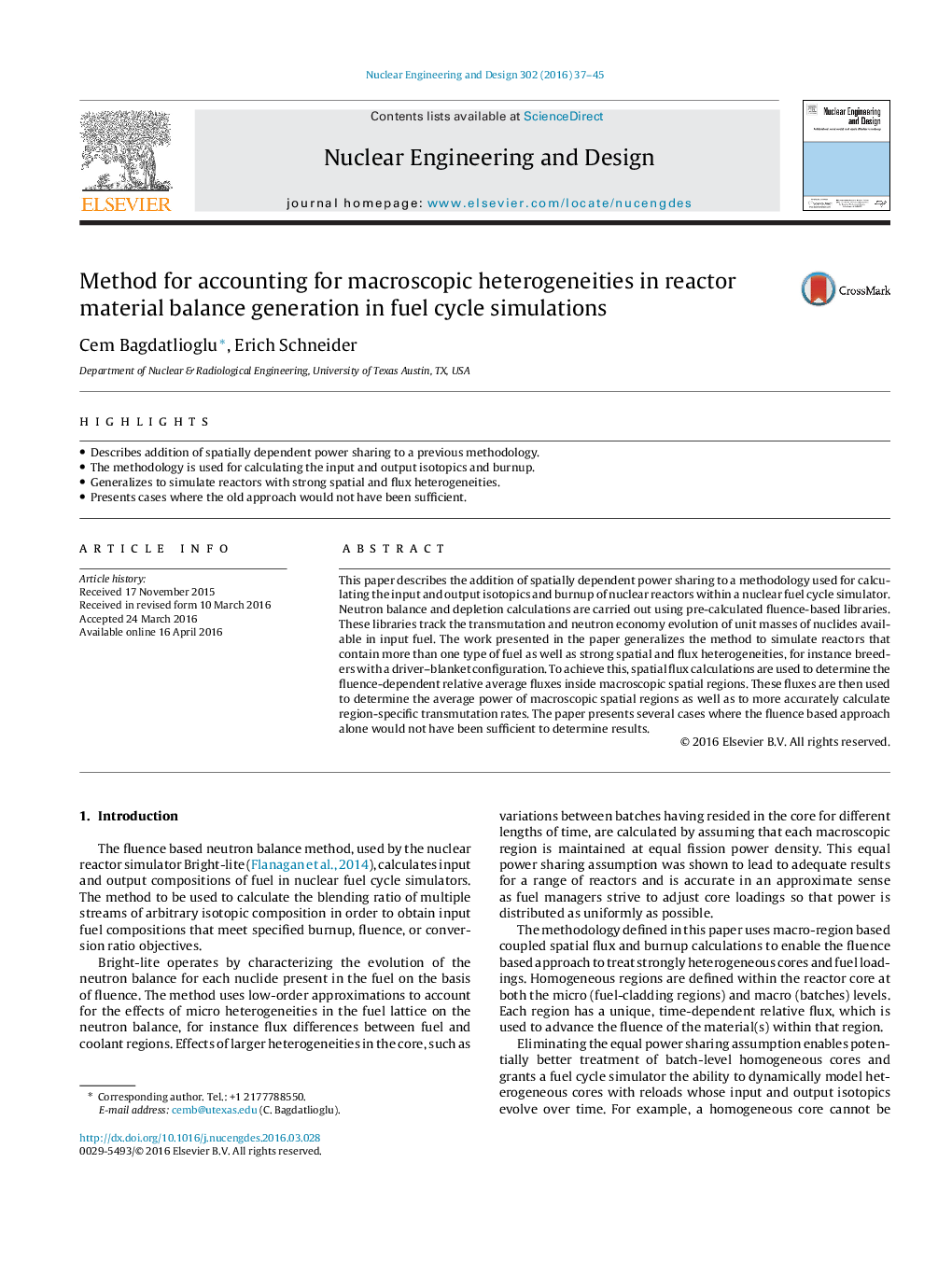 • Describes addition of spatially dependent power sharing to a previous methodology.
• The methodology is used for calculating the input and output isotopics and burnup.
• Generalizes to simulate reactors with strong spatial and flux heterogeneities.
• Presents cases where the old approach would not have been sufficient.

This paper describes the addition of spatially dependent power sharing to a methodology used for calculating the input and output isotopics and burnup of nuclear reactors within a nuclear fuel cycle simulator. Neutron balance and depletion calculations are carried out using pre-calculated fluence-based libraries. These libraries track the transmutation and neutron economy evolution of unit masses of nuclides available in input fuel. The work presented in the paper generalizes the method to simulate reactors that contain more than one type of fuel as well as strong spatial and flux heterogeneities, for instance breeders with a driver–blanket configuration. To achieve this, spatial flux calculations are used to determine the fluence-dependent relative average fluxes inside macroscopic spatial regions. These fluxes are then used to determine the average power of macroscopic spatial regions as well as to more accurately calculate region-specific transmutation rates. The paper presents several cases where the fluence based approach alone would not have been sufficient to determine results.