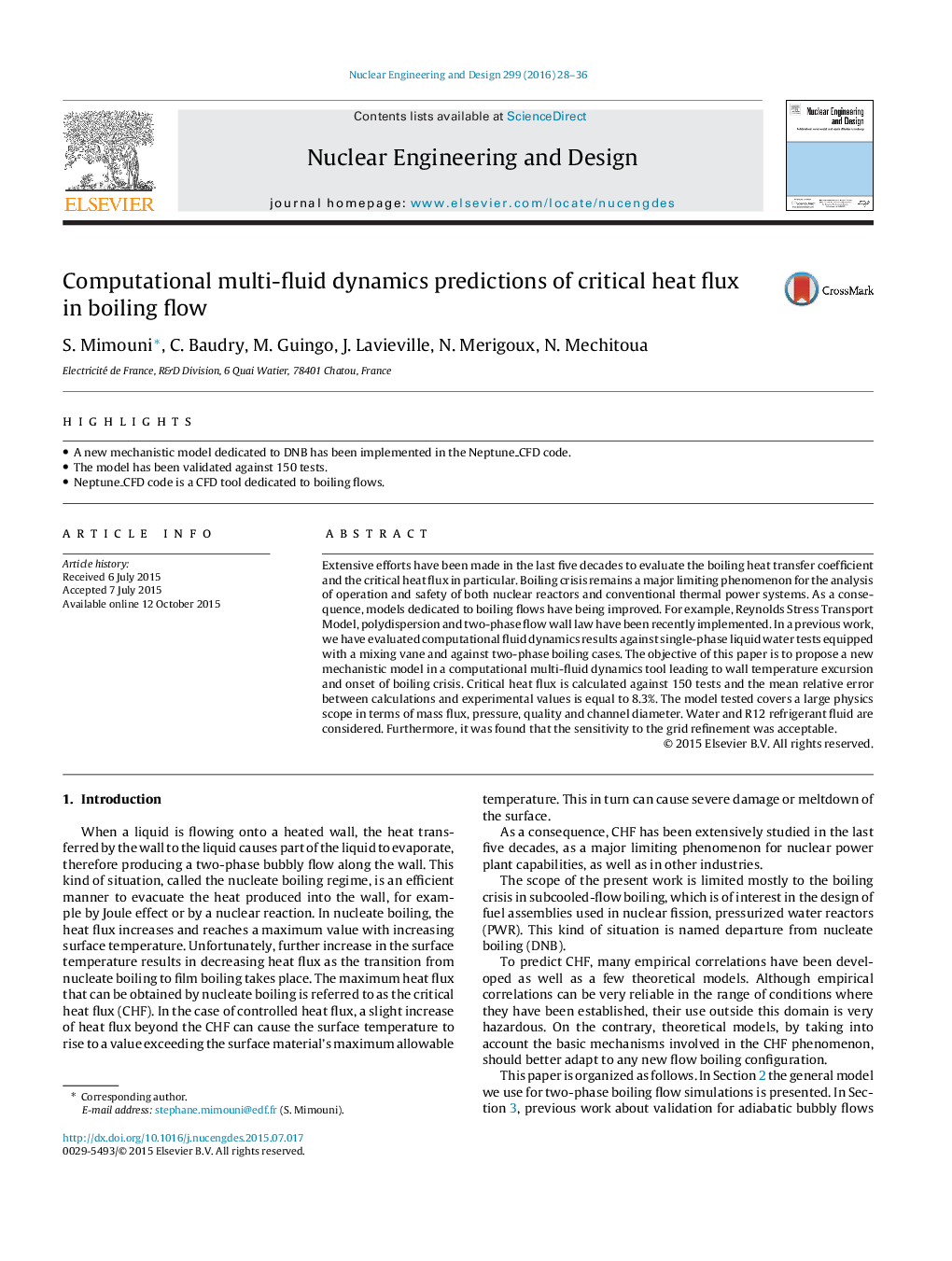 Extensive efforts have been made in the last five decades to evaluate the boiling heat transfer coefficient and the critical heat flux in particular. Boiling crisis remains a major limiting phenomenon for the analysis of operation and safety of both nuclear reactors and conventional thermal power systems. As a consequence, models dedicated to boiling flows have being improved. For example, Reynolds Stress Transport Model, polydispersion and two-phase flow wall law have been recently implemented. In a previous work, we have evaluated computational fluid dynamics results against single-phase liquid water tests equipped with a mixing vane and against two-phase boiling cases. The objective of this paper is to propose a new mechanistic model in a computational multi-fluid dynamics tool leading to wall temperature excursion and onset of boiling crisis. Critical heat flux is calculated against 150 tests and the mean relative error between calculations and experimental values is equal to 8.3%. The model tested covers a large physics scope in terms of mass flux, pressure, quality and channel diameter. Water and R12 refrigerant fluid are considered. Furthermore, it was found that the sensitivity to the grid refinement was acceptable.