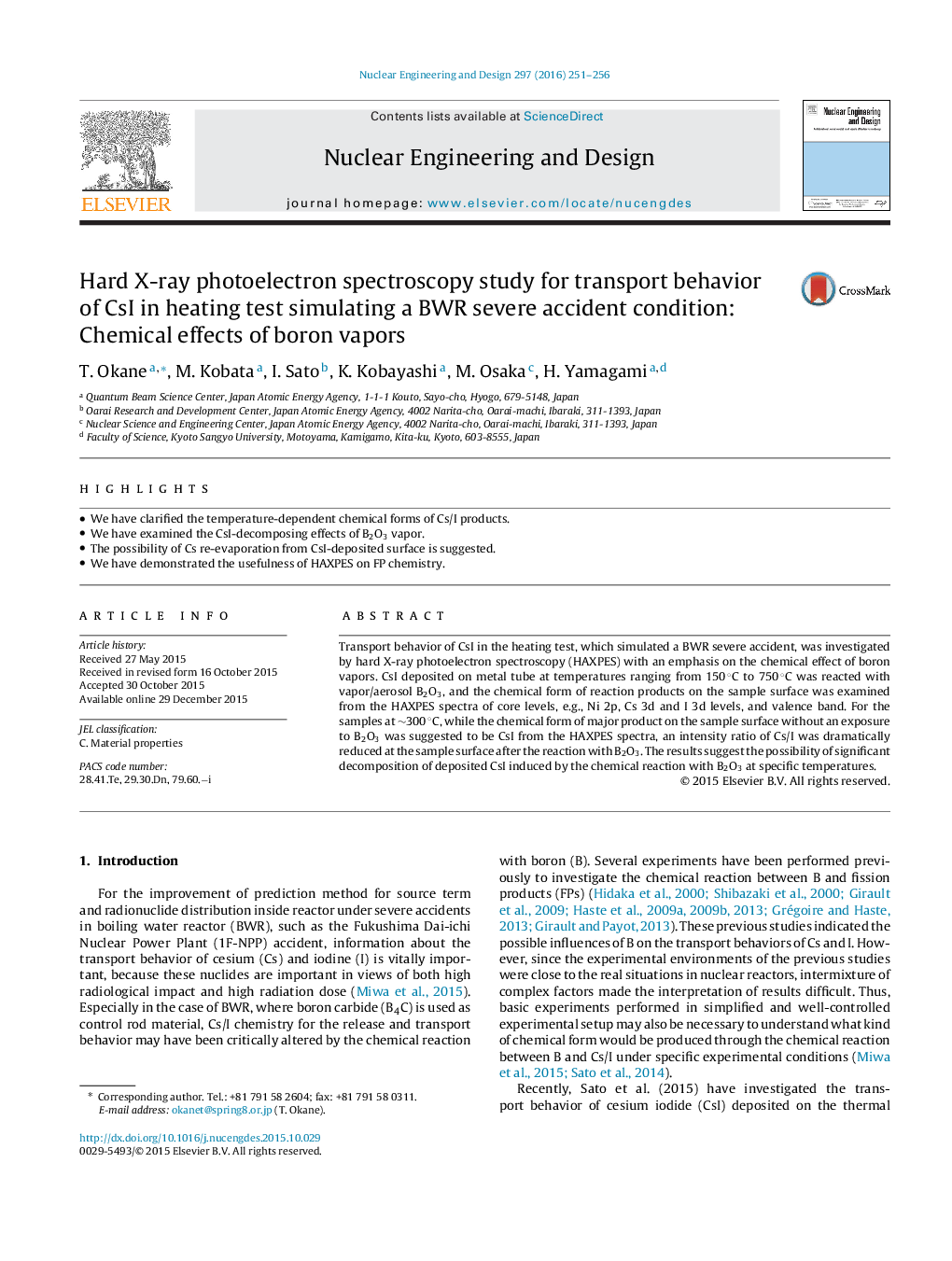 • We have clarified the temperature-dependent chemical forms of Cs/I products.
• We have examined the CsI-decomposing effects of B2O3 vapor.
• The possibility of Cs re-evaporation from CsI-deposited surface is suggested.
• We have demonstrated the usefulness of HAXPES on FP chemistry.

Transport behavior of CsI in the heating test, which simulated a BWR severe accident, was investigated by hard X-ray photoelectron spectroscopy (HAXPES) with an emphasis on the chemical effect of boron vapors. CsI deposited on metal tube at temperatures ranging from 150 °C to 750 °C was reacted with vapor/aerosol B2O3, and the chemical form of reaction products on the sample surface was examined from the HAXPES spectra of core levels, e.g., Ni 2p, Cs 3d and I 3d levels, and valence band. For the samples at ∼300 °C, while the chemical form of major product on the sample surface without an exposure to B2O3 was suggested to be CsI from the HAXPES spectra, an intensity ratio of Cs/I was dramatically reduced at the sample surface after the reaction with B2O3. The results suggest the possibility of significant decomposition of deposited CsI induced by the chemical reaction with B2O3 at specific temperatures.