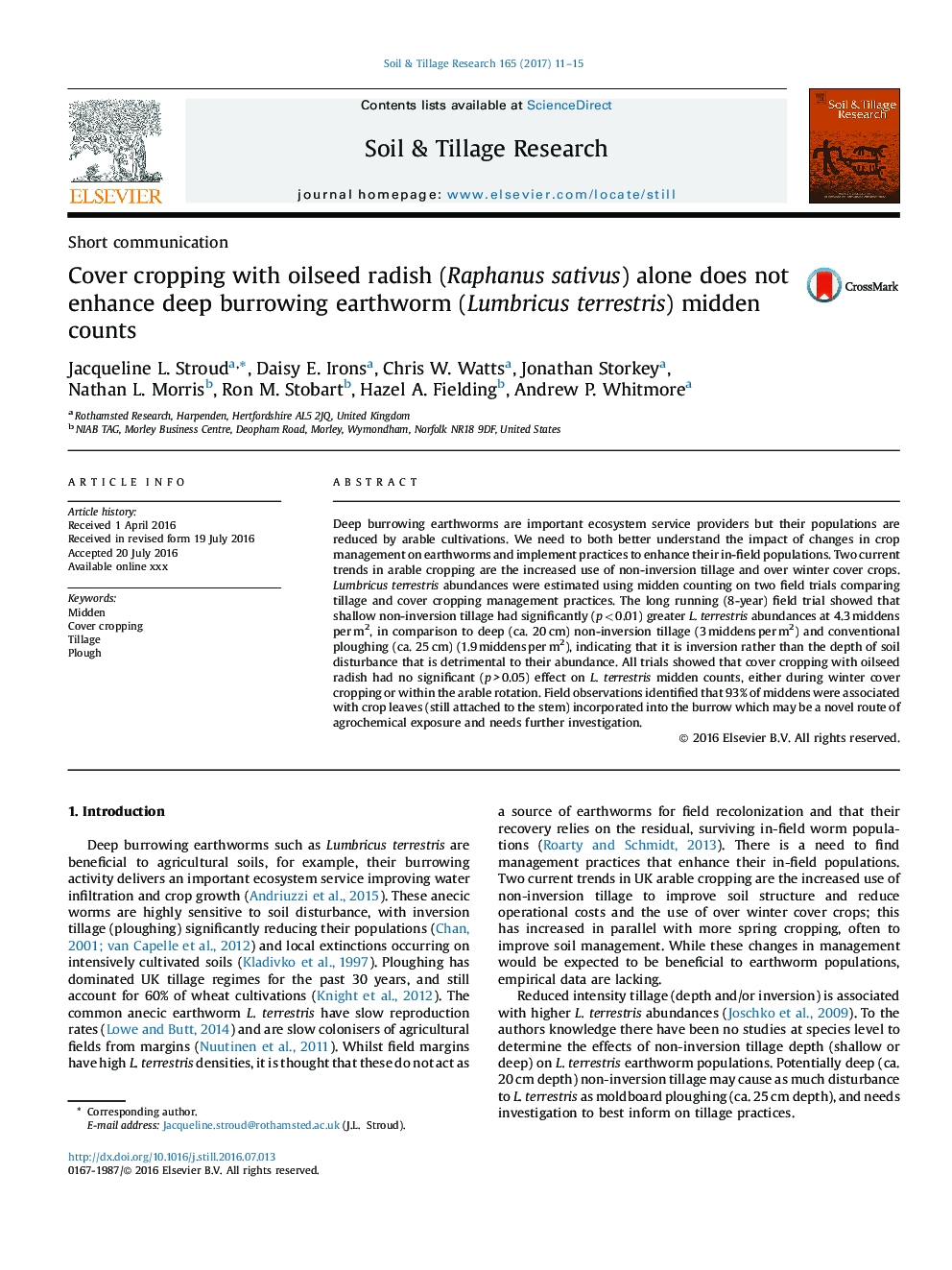 • The highest midden abundance was 18 per m2 on shallow non-inversion tillage.
• Wheat leaves, still attached to the stem were found embedded into 93% of middens.
• Cover cropping did not enhance L. terrestris midden abundances.

Deep burrowing earthworms are important ecosystem service providers but their populations are reduced by arable cultivations. We need to both better understand the impact of changes in crop management on earthworms and implement practices to enhance their in-field populations. Two current trends in arable cropping are the increased use of non-inversion tillage and over winter cover crops. Lumbricus terrestris abundances were estimated using midden counting on two field trials comparing tillage and cover cropping management practices. The long running (8-year) field trial showed that shallow non-inversion tillage had significantly (p < 0.01) greater L. terrestris abundances at 4.3 middens per m2, in comparison to deep (ca. 20 cm) non-inversion tillage (3 middens per m2) and conventional ploughing (ca. 25 cm) (1.9 middens per m2), indicating that it is inversion rather than the depth of soil disturbance that is detrimental to their abundance. All trials showed that cover cropping with oilseed radish had no significant (p > 0.05) effect on L. terrestris midden counts, either during winter cover cropping or within the arable rotation. Field observations identified that 93% of middens were associated with crop leaves (still attached to the stem) incorporated into the burrow which may be a novel route of agrochemical exposure and needs further investigation.