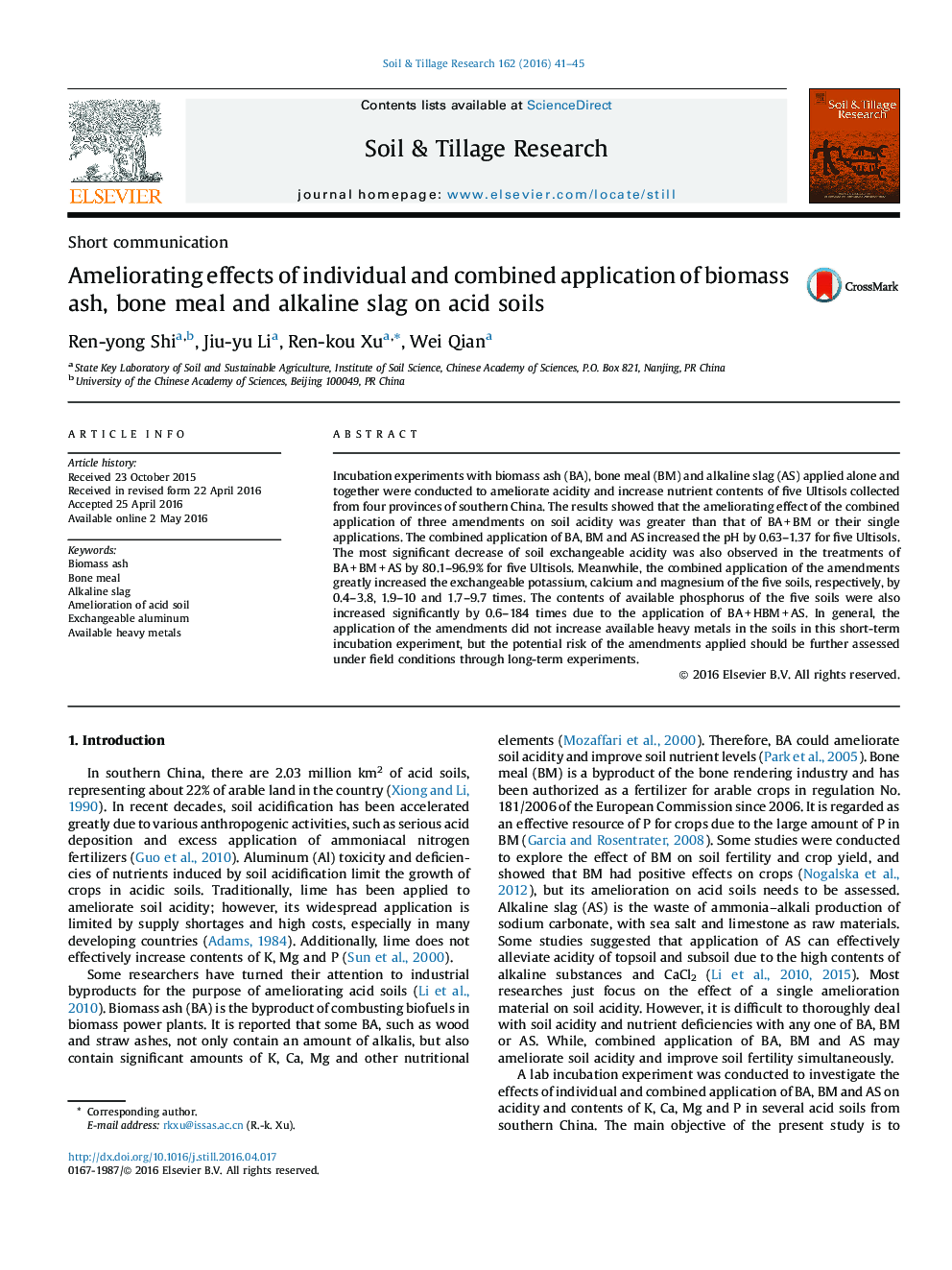 Incubation experiments with biomass ash (BA), bone meal (BM) and alkaline slag (AS) applied alone and together were conducted to ameliorate acidity and increase nutrient contents of five Ultisols collected from four provinces of southern China. The results showed that the ameliorating effect of the combined application of three amendments on soil acidity was greater than that of BA + BM or their single applications. The combined application of BA, BM and AS increased the pH by 0.63–1.37 for five Ultisols. The most significant decrease of soil exchangeable acidity was also observed in the treatments of BA + BM + AS by 80.1–96.9% for five Ultisols. Meanwhile, the combined application of the amendments greatly increased the exchangeable potassium, calcium and magnesium of the five soils, respectively, by 0.4–3.8, 1.9–10 and 1.7–9.7 times. The contents of available phosphorus of the five soils were also increased significantly by 0.6–184 times due to the application of BA + HBM + AS. In general, the application of the amendments did not increase available heavy metals in the soils in this short-term incubation experiment, but the potential risk of the amendments applied should be further assessed under field conditions through long-term experiments.