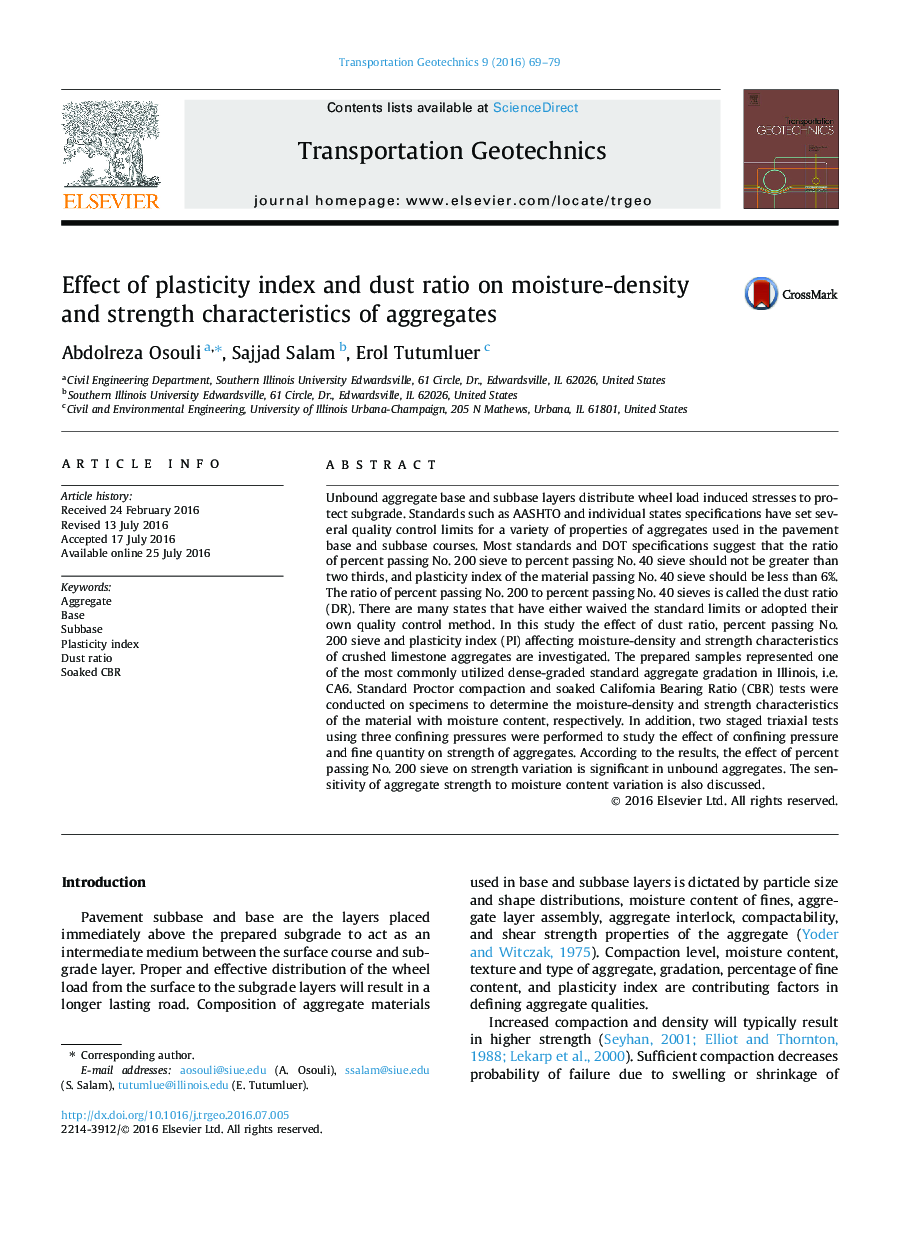 Unbound aggregate base and subbase layers distribute wheel load induced stresses to protect subgrade. Standards such as AASHTO and individual states specifications have set several quality control limits for a variety of properties of aggregates used in the pavement base and subbase courses. Most standards and DOT specifications suggest that the ratio of percent passing No. 200 sieve to percent passing No. 40 sieve should not be greater than two thirds, and plasticity index of the material passing No. 40 sieve should be less than 6%. The ratio of percent passing No. 200 to percent passing No. 40 sieves is called the dust ratio (DR). There are many states that have either waived the standard limits or adopted their own quality control method. In this study the effect of dust ratio, percent passing No. 200 sieve and plasticity index (PI) affecting moisture-density and strength characteristics of crushed limestone aggregates are investigated. The prepared samples represented one of the most commonly utilized dense-graded standard aggregate gradation in Illinois, i.e. CA6. Standard Proctor compaction and soaked California Bearing Ratio (CBR) tests were conducted on specimens to determine the moisture-density and strength characteristics of the material with moisture content, respectively. In addition, two staged triaxial tests using three confining pressures were performed to study the effect of confining pressure and fine quantity on strength of aggregates. According to the results, the effect of percent passing No. 200 sieve on strength variation is significant in unbound aggregates. The sensitivity of aggregate strength to moisture content variation is also discussed.