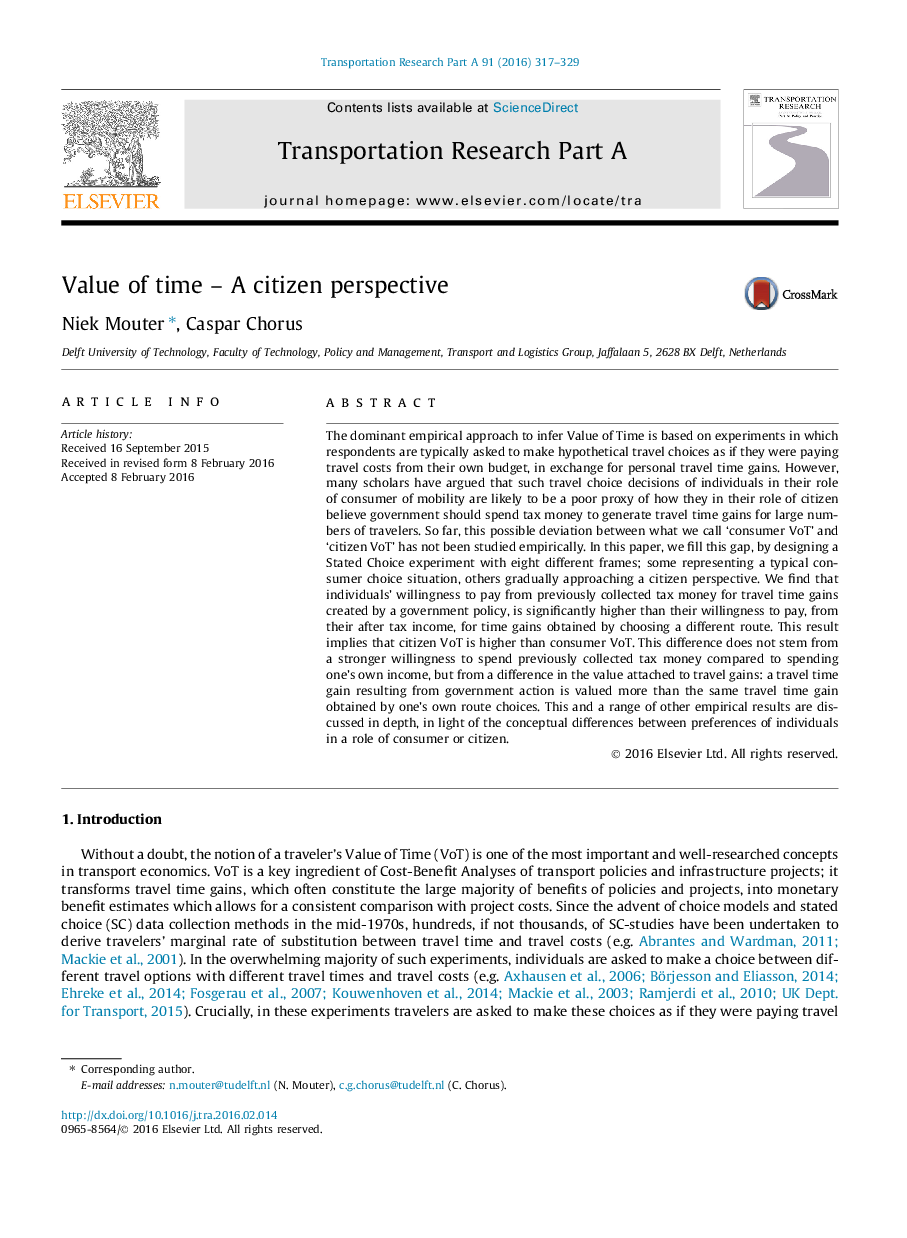 The dominant empirical approach to infer Value of Time is based on experiments in which respondents are typically asked to make hypothetical travel choices as if they were paying travel costs from their own budget, in exchange for personal travel time gains. However, many scholars have argued that such travel choice decisions of individuals in their role of consumer of mobility are likely to be a poor proxy of how they in their role of citizen believe government should spend tax money to generate travel time gains for large numbers of travelers. So far, this possible deviation between what we call ‘consumer VoT’ and ‘citizen VoT’ has not been studied empirically. In this paper, we fill this gap, by designing a Stated Choice experiment with eight different frames; some representing a typical consumer choice situation, others gradually approaching a citizen perspective. We find that individuals’ willingness to pay from previously collected tax money for travel time gains created by a government policy, is significantly higher than their willingness to pay, from their after tax income, for time gains obtained by choosing a different route. This result implies that citizen VoT is higher than consumer VoT. This difference does not stem from a stronger willingness to spend previously collected tax money compared to spending one’s own income, but from a difference in the value attached to travel gains: a travel time gain resulting from government action is valued more than the same travel time gain obtained by one’s own route choices. This and a range of other empirical results are discussed in depth, in light of the conceptual differences between preferences of individuals in a role of consumer or citizen.